Neri Zilber is a journalist based in Tel Aviv and an adjunct fellow of the Washington Institute for Near East Policy.

Over six days in June, 2007, militants from the Palestinian Islamist group Hamas violently seized control of the Gaza Strip, kicking out their rivals from the secular-nationalist Fatah movement. Fourteen years later, the fallout can still be felt. Hamas-ruled Gaza and Israel have waged four wars and countless escalatory rounds in the interim, the most recent ending late last week with a tenuous ceasefire. No one quite believes it will be the last.

Israel initially responded to the Hamas takeover of Gaza with obstinacy and force. It instituted a blockade around the coastal enclave, on the (not unreasonable) assumption that Hamas – an internationally designated terror group that rejects Israel’s right to exist – was not a legitimate interlocutor. The goal was to choke off the territory and hope that the new regime collapsed from within.

In tandem, prominent international voices called for a “West Bank First” model: With the Palestinians now divided geographically and politically, peace talks could still deliver on Palestinian national aspirations in the Fatah-administered West Bank. At the very least, Fatah (through the Palestinian Authority it controls) could be held up as a positive example for the benefits of negotiation and non-violence.

In reality, Israel under Prime Minister Benjamin Netanyahu has done the exact opposite. In recent years negotiations have been continuing, giving lie to the death of the “Middle East Peace Process”: they just so happened to be between Israel and Hamas (albeit indirectly under Egyptian, UN, and Qatari auspices).

Israel began loosening the blockade after the 2014 Gaza war, helping to improve the dire economic and humanitarian conditions inside the impoverished territory. Qatari cash was moved in monthly through Israel, nearly 10,000 Gazans were granted work permits inside Israel, major infrastructure projects were approved, and an independent commercial crossing between Gaza and Egypt opened with an Israeli wink and nod.

In return all that was asked of Hamas was, in Israeli parlance, “quiet” – that is, an end to rocket fire on Israeli towns and cities. Every time Israel tarried, or Hamas deemed the arrangement inadequate, it would fire rockets, or launch incendiary balloons, or unleash demonstrations on the border fence with Israel.

“The economic situation will dictate escalation. … When Hamas wants more they’ll violently signal,” a senior Israeli military official told me in February, in a sign of how the negotiations worked.

Throughout this period, Palestinian Authority President Mahmoud Abbas, head of the Fatah movement, was shunted aside and taken for granted.

Despite upholding close security co-ordination between his autonomous forces in the West Bank and the Israeli military through countless upticks in violence and political turmoil, Israel refused to budge on matters both large and small. Long-discussed plans to grant Mr. Abbas’s forces more latitude to patrol Palestinian towns or allow greater Palestinian economic development in the West Bank were scuttled, to say nothing of curbing Israeli settlement growth in the West Bank and East Jerusalem.

The PA has increasingly come to be viewed by ordinary Palestinians as a mere “subcontractor” for Israel’s endless occupation or outright “collaborators.”

The Netanyahu government’s policy reached its apotheosis last year, when – with tacit Trump administration approval – it moved to annex large swathes of the West Bank. Israeli and U.S. politicians simply dismissed the threat of Mr. Abbas responding violently; the stability that he has helped maintain in the West Bank for the past decade – contra the endless cycles of violence with Hamas in Gaza – was viewed as a given.

“We should have behaved differently towards Abbas,” the Israeli general responsible for administering the West Bank acknowledged last month. “[He] is a partner, he has proven himself over a period of time that he is against violence.”

Annexation was ultimately suspended last summer as part of Israel’s peace deal with the United Arab Emirates. Yet in Israeli minds this only served to underline the diminishing importance of the Palestinian question, and Mr. Netanyahu’s overall strategy: to keep Gaza and the West Bank divided so as to forestall the creation of a Palestinian state.

The surreality of an Israeli government facilitating the transfer of cash to a terrorist group was waved away by the Israeli right and Mr. Netanyahu as the price paid for this wider goal. “Whoever is against a Palestinian state should be for” the flow of the Qatari money to Hamas, he was quoted as saying in 2019.

Until this latest eruption.

Tensions in Jerusalem, especially around the Al Aqsa Mosque, Islam’s third-holiest site, escalated once Hamas decided to fire rockets from Gaza at the contested holy city. The group, through force of arms, portrayed itself as the true “defenders” of Palestinian rights in Jerusalem – in contrast to the feebleness of the Palestinian Authority’s worn-out diplomatic démarches.

Crucially, as violence spread from Jerusalem to Gaza and then onto the streets of Israel itself with fierce Arab-Jewish rioting, Mr. Abbas still held the line in the West Bank: Despite threats from inside his own party to join the fighting, the PA security forces again helped maintain (relative) stability.

After 11 days of devastating warfare in Gaza, cheers rose up for Hamas across Palestinian society.

Demonstrators in the West Bank chanted the name of Mohammed Deif, Hamas’ shadowy military chief. Worshippers at Al Aqsa hurled insults at the PA-approved mufti and called for Mr. Abbas’ overthrow. Even some Palestinian citizens of Israel paraded publicly with Hamas’ green banner.

Israel is now not only reconsidering its entire Gaza strategy – including the prior understandings reached with Hamas – but also (belatedly) its policy toward Mr. Abbas. Senior Israeli officials are now openly calling for “strengthening” the PA.

For his part, Mr. Abbas this week again affirmed that he “renounce[d] violence and terrorism, and … only want[ed] to achieve a political solution through peaceful means between us and Israel.”

With Hamas ascendant, Mr. Abbas, 85, at his weakest ebb, and Israel’s entire Palestinian policy in tatters, the fear is that it may be too late for such niceties. 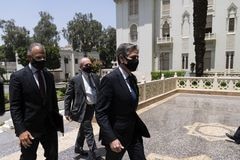 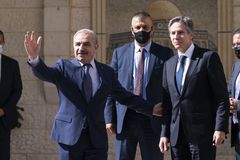 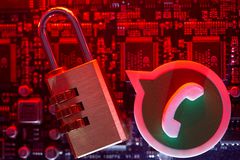