Gil Troy is a distinguished scholar of American History at McGill University, a senior fellow at the J’accuse Coalition for Justice and the author of 12 books including The Age of Clinton: America in the 1990s and The Zionist Ideas.

On Wednesday morning, millions of people – whether they be CEOs or PhDs, police officers or loan officers, Nobel Prize winners or winners of the school science fair – will already be a third of the way through a 25-hour, zero-calorie, no-electronics deprivation regime. Alternately sitting and standing in crowded prayer spaces, many will wear frisbee-shaped objects on their heads, and don a big white shawl with stripes and tassels on their shoulders. They’ll bow before a box carrying their sacred words etched on scrolls of cow hide, then remove them, parade them around, kissing them before reading their contents aloud in a time-worn chant.

Accompanying these arcane rituals is an ancient, penitential liturgy that reconciles many contradictions: the tension between the "I" and the “us," the pragmatic and the spiritual. They will work to accept personal responsibility, while fulfilling communal obligations, focusing on everyday human relationships guided by godly inspiration. The sweet, solemn, day-long dance highlights the divide between good and evil, sin and repentance, exile and redemption, life and death.

A piercing sound from a hollowed-out ram’s horn will mark the end of their exhausting asceticism derby, after which they’ll eat, drink and power up their cellphones. By Thursday morning they will have returned to their routines – every bit a part of modern life as their peers, be they religious or secular, yet retaining a peculiarity that nevertheless sets them apart.

Even many insiders find the Jewish Day of Atonement, Yom Kippur, curious. The sacred ceremonies remind Jews that they are both a people and a religious faith; tied to one homeland, Israel, yet loyal citizens to their countries if they reside elsewhere; proud of their national identity, while committed to the universalistic goal of improving the entire world. These rites and contradictions persist throughout the Jewish calendar and life cycle, together constituting Judaism’s great balancing act: teaching us that life involves juggling, integrating, synthesizing and tempering – seeking a golden mean rather than choosing one extreme or another. The shared language, symbols and actions reinforce the sense among Jews that wherever they are, whatever might befall them, they are never alone; they remain a part of this unique global community, this eternal conversation.

But when observed by the unacquainted, it can all seem strange and exclusionary. And, alas, unfamiliarity with behaviours by those who otherwise seem “just like us” often morphs into revulsion and hatred. Anti-Semites have long fed off the paradoxes within Judaism, acutely offended by the way Jews fit in so well yet choose to stand out so much.

Moreover, in our age of polarizing forces on the political left and right, Judaism’s contradictions offer fertile ground for extremists on either side to agree on at least one thing – hatred of Jews. As patriotic citizens and proud Zionists espousing democratic ideals, Jews are too universal for ultra-nationalists but too tribal for postmodern universalists. Jews seem too foreign by clinging to their ancient mumbo-jumbo; yet they often look and behave normally, partaking in every aspect of modern society.

Jews have been balancing these competing values for more than 3,700 years; tempering impulses and avoiding extremes are among their secrets to long-term survival. Balancing the particular and the universalistic has been their hallmark through the ages as they’ve continually resolved the tension between assimilation and absorption. Jews should not be forced to change their identity, to stop balancing or to confuse their critics less – all in order to avoid attracting attention. Ultimately, it is often the shared hatred of the Jew that unites sworn enemies who clash on everything else, making the mystery of who causes the hatred clear. As with all prejudice, focus on the accuser not the accused: The fault and the moral failing lies not with the Jew, but the Jew-hater.

In Learning from the Germans, Susan Neiman compares Germany’s atonement for the Holocaust with the U.S. reckoning over slavery
Subscriber content
October 4, 2019 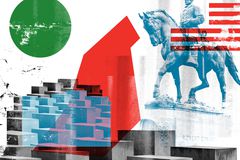 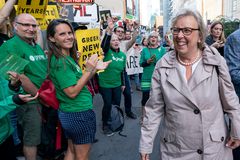 Opinion
Anti-Semites with PhDs are harder to fight
September 6, 2019 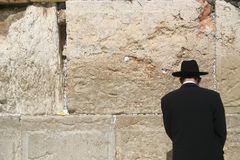