Helping the Rohingya refugees is a real demonstration of the Trudeau government’s commitment that “Canada is back.” Canada alone cannot solve the Rohingya situation, but by keeping the international spotlight on their plight, as we did at the Commonwealth summit and G7 foreign ministers meeting, we significantly increase chances that they can eventually return home.

We need to maintain this focus at the Charlevoix G7 summit in Quebec. As host, Prime Minister Justin Trudeau should invite Bangladeshi Prime Minister Sheikh Hasina and Myanmar Foreign Minister Aung San Suu Kyi to explain what is going on. Nobel laureate Suu Kyi’s apparent indifference to the Rohingya is disheartening.

Bob Rae’s report, “Tell them we’re Human,“ is the right roadmap for further Canadian action. His recommendations include stepping up our aid and looking at resettlement options. Aid agencies such as Unicef Canada – more than half of the displaced are children – are already on the scene. While the Bangladesh camps have been in place for decades, the current crisis has more than quadrupled the number of refugees. Well over a million, they outnumber the local population. As Mr. Rae underlines, our support must also go to the host community.

The Rohingya exodus is another piece in a growing mass movement of people. According to the UN High Commissioner for Refugees, we are now witnessing the highest levels of displacement on record. Much of the new movement is borne out of civil war – Syria, Afghanistan, Iraq, Yemen – accentuated by flood, famine and pestilence. This is hard to repair and requires generational effort.

The Rohingya exodus recalls the ethnic cleansing that took place in the Balkans with the collapse of Yugoslavia. Yet Myanmar was on the road to success with its economy growing and nascent representative government. Instead, Myanmar’s military, the junta that grudgingly stepped aside in 2015, are still pulling the strings. Emboldened by rearmament, supplied by China and Russia, they appear ready for armed confrontation with Bangladesh.

As with any crisis there are winners and losers. The million-plus Rohingya people, camped in canvas huts spread over red dirt hills around Cox’s Bazar are the biggest losers, as is graphically portrayed in this year’s Pulitzer prize-winning photo. The 600,000 Bengalis in the district are also losers. Their local economy is shattered, straining public confidence in a Bangladesh government that faces an election in December.

Bangladesh has made remarkable progress in poverty reduction. It aspires to reach middle-income status by its 50th anniversary in 2021. The hurdles to get there include its poor infrastructure and climate change. Rising waters threaten to displace a population equivalent to that of Canada.

The “winners,” at least for now, are members of the former Myanmar junta, now operating from key cabinet positions. If they get their way, then democratic reform in Myanmar will be the next loser. Without international pushback, the fraying norms of the liberal international order take another hit. Mr. Rae recommends applying sanctions.

A solution to the Rohingya problem will require neighbouring countries, especially China, to step up and put pressure on the Myanmar military. Chinese President Xi Jinping says that China is retaking its place as a responsible great power, and he points to China’s significant contribution to peacekeeping operations. He needs to act now on the Rohingya crisis.

Islamic nations must also help their co-religionists. Their upcoming May foreign ministers’ summit in Dhaka is a moral test. More than 60 per cent of the displaced come from Muslim-majority countries, and the Gulf states in particular could do more to help.

Having taken on the cause of the displaced Rohingyas, the Trudeau government must keep shining a light on what UN High Commissioner for Human Rights Zeid Ra’ad Al Hussein calls “a textbook example of ethnic cleansing.”

In a world in disarray, Canada can be helpful fixers. It means identifying niches: Hosting the Vancouver meeting on North Korea to help contain nuclear proliferation and working with hemispheric partners on the Venezuelan crisis. It means using special envoys such as Mr. Rae. Following through is vital, as we now need to do with the Rohingya. This is how we demonstrate that “Canada is back.”

Freeland expected to travel to Bangladesh, visit Rohingya refugee camp in May
April 22, 2018 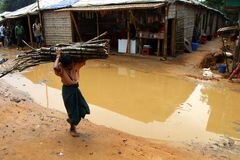 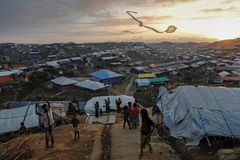 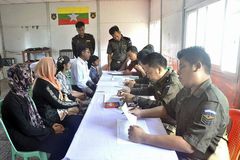