Robert Rotberg is founding director of the Harvard Kennedy School’s Program on Intrastate Conflict, a former senior fellow at CIGI and president emeritus of the World Peace Foundation.

Robert Gabriel Mugabe’s death Friday at the age of 95 removed a brutal leader who helped to liberate Zimbabwe (then Rhodesia) from local white settler rule in 1980, presided for a few years over an educational and economic renaissance, and then succumbed to corruption and megalomania from about 1992 to 2017, when he was finally overthrown by a half-hearted military coup.

During this long last phase, Mr. Mugabe bulldozed opponents outside his ruling Zimbabwe African National Union-Patriotic Front (ZANU-PF) party, eliminated opponents and even mild critics within the party, and ruled his landlocked country of 10 million people bordering South Africa with absolute authority, and with contempt for democratic values.

This regression to the African authoritarian mean had been less apparent during the 1980s when Mr. Mugabe was compelled constitutionally to share some power with leftover whites from the previous regime and with Ndebele-speaking southerners within his own party, including fellow liberation leader Joshua Nkomo. (Mr. Mugabe stems from the majority Shona linguistic group, which comprises 80 per cent of the population of Zimbabwe.)

During that relatively successful decade, Mr. Mugabe greatly expanded educational opportunity, transforming Zimbabwe from an educationally segregated and deprived nation into one of the best-schooled countries in sub-Saharan Africa. That remains Mr. Mugabe’s major achievement.

He also encouraged and approved white settler ownership of thousands of farms, welcomed white immigrants (nearly all of whom were forced from the country in the 2000s), and presided over a generous boost of agriculturally based prosperity from Virginia tobacco exports, sugar and wheat. Maize was produced by African smallholders and white farmers for the local market, making the country both self-sufficient and an exporter to the rest of Africa. Zimbabwe by 1990 – a real credit to Mr. Mugabe’s relatively harmonious era – became the most balanced and successful economy in Africa on a per capita basis.

But all of this sensible success was increasingly overtaken by the spread of corrupt dealings, sponsored by Mr. Mugabe and his closest associates (including current President Emmerson Mnangagwa, then a cabinet minister and a Mugabe enforcer), by the marginalization within ZANU-PF of true democrats, by the sidelining of judges who tried to uphold the rule of law, and by the death of Sally, his Ghanaian first wife. She was succeeded as first lady by a much younger woman, Grace, who was derided by cabinet ministers and Mr. Mugabe’s official spokesman as “Grasping Grace.”

In the late 1990s, Mr. Mugabe sent army troops into the Democratic Republic of the Congo to shore up Laurent Kabila’s shaky presidency and to plunder copper and cobalt. But spending state money on an invasion and reaping the rewards for politicians and generals bankrupted Zimbabwe. So did agreeing to pay so-called war veterans hefty pensions for fighting the war of the 1970s, even though some of them were too young to have served.

Because of Zimbabwe’s shaky finances, an opposition party, Movement for Democratic Change (MDC), successfully challenged Mr. Mugabe’s dictatorial rule, beginning in 2000. But Mr. Mugabe and ZANU-PF determinedly rigged every election afterward, keeping him and his party in power except for the unity government of 2009-2013, which was imposed largely by South Africa.

Except for those four years of relative calm, misery prevailed for Zimbabweans during Mr. Mugabe’s reign from 1995 to 2017. Official wage unemployment levels soared to 90 per cent. Inflation at one point in 2008 reached 300 million per cent. Zimbabwe’s own dollar currency became worthless. A third of all Zimbabweans were fed by the World Food Programme to relieve their near-starvation. More than three million Zimbabweans fled to South Africa and other countries.

The ruthless Robert Mugabe never relented. Just as he and Mr. Mnangagwa had permitted the slaughter of 30,000 Ndebele-speaking opponents in the early 1980s, he eliminated political opponents (many in mysterious car accidents), tortured journalists in 1999 and MDC personnel in 2008, and orchestrated the enormous theft of diamond wealth from Zimbabwe’s mining bonanza in the first two decades of this century.

Mr. Mugabe is being celebrated in Africa as a great liberator, but he should really be viewed in hindsight as a very intelligent, immensely clever and often charming thug. He freed his people from the colonial yoke, and then strangled them by his own implacable control and exploitation. History will show that he robbed his people on behalf of a state that he criminalized for the benefit of a ruling few, especially for his family.

Robert Mugabe, Jesuit-trained and ascetic and gifted when I first knew him in the 1960s, made fine promises to me and to his compatriots in arms in the 1970s, and then let things fall apart in the 1990s and beyond. The people of Zimbabwe, still enduring inflation, unemployment, hunger and deficient medical and educational facilities are the losers – all thanks to Mr. Mugabe’s baleful leadership. 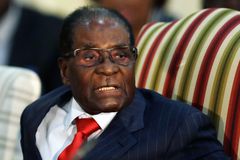 Robert Mugabe is gone, but his party is still favoured in Zimbabwe election
June 13, 2018 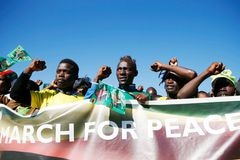 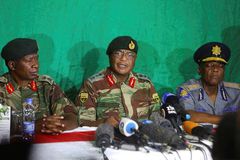