Charlotte Gill is the author of Eating Dirt, a book about trees and tree-planting.

When I walked into Mountain Equipment Co-op for the first time, I’d just been hired as a tree-planter. I was still a teenager and owned little in the way of camping gear. The store was like a small island nation of outdoor enthusiasm. Crossing the threshold was, and still is, like entering a gearhead’s paradise in which every kayak paddle, stove part or topo map known to humanity was within reach. Its sales model was encyclopedic. They sold flashy new lines but also vintage fan favourites, plus all the parts required to repair those items. Each aisle represented an epic adventure waiting to unfold.

Ever since then, I’ve been a heavy MEC user and have amassed a basement full of outdoor equipment, much of it acquired there, some of it still going strong after 30 years of abuse. I’m one of the many customers who still has a square of laminated cardboard, a first membership at “The Co-op,” as it’s still often called, no further modifiers necessary. That membership kept me company through many years of planting trees and through all my travels around the world. The Vancouver store has provisioned me with trail running shoes, ski gloves, sleeping bags, hydration bladders, energy gels, bike pedals, sporks, carry-on bags and multiday backpacks. It’s kept me covered through tears and sweat and shivers, through half a dozen sporting pursuits I never thought I’d even try let alone fall in love with. To me, and to legions of devoted fans, the sale of MEC to an American investment company isn’t just another sign of the retail apocalypse. It’s something like a betrayal.

MEC was originally the brainchild of six Vancouver mountaineers who started in the 1970s making small, cross-border runs to outdoor equipment retailer REI, whose co-operative structure MEC shares. Gear was bought and sold out of the back of a powder-blue VW van, a replica of which is housed inside the new flagship megastore in Vancouver’s Olympic Village. The first catalogue was a one-page list taped to the door of the Student Union Building at the University of British Columbia, and through its early iterations, the store was run by volunteers.

By the time I discovered MEC 20 years later, it had built a solid trade catering to dirtbag climbers but also to birdwatchers and first-time hikers as well as professional bike couriers and tree-planters like me, all of whom shared an urgent need for comfortable, tough, relatively well-priced equipment. Sales staff knew every product’s precise location, constituent materials and field performance because they’d used it all themselves, often thrashing it to tatters, just as their customers did with repeated use.

The resulting community was a multigenerational, interdisciplinary and remarkably tolerant mixture of experts and beginners, old-school hippies, mountaineers, families and urban weekend warriors. The co-op understood its own history and mandate because its shareholders were also its customers. MEC cared about the environment, and conducted its business accordingly, because its members cared.

Over the years, MEC has donated $44-million to community and conservation groups. Through its endowment fund it has supported the acquisition and preservation of many parks and protected areas. MEC is a founding partner or member of organizations such as Leave No Trace Canada and 1% for the Planet. The co-op has hosted countless races, rides, clinics, meet-ups, gear swaps and outdoor learning programs. Even its warrantied product returns are given to charity.

But MEC seemed to drift from this grassroots ethic over time, a development not lost on its loyal clientele. The co-op faced new competition from online retailers and knock-off brands, some of whom opened their doors just a short jog away. A long reach into streetwear and athleisure markets accompanied several bricks-and-mortar expansions. Enter a new chief executive with big-box credentials.

All of this felt like bloat if not a straying from core values, which also faced scrutiny for their seemingly myopic focus on a white, cis-gendered, thin and able-bodied membership, an oversight that management only began to address very recently. A final irony, the pandemic that brought record numbers of Canadians into the great outdoors this summer was also the force that hastened the demise of the co-op that had equipped them in the first place.

When the sale was announced on Monday, the outcry was swift and passionate. MEC’s five million-plus members were never consulted about the takeover or granted a chance to vote or otherwise rescue their beloved co-operative from $74-million in liabilities. No one agreed to donate their $5 membership shares, nor to give away their consumer data to a foreign-owned private equity firm. At the time of this writing, a petition to block the privatization had reached more than 73,600 signatures.

Short of a miracle or a successful class action, Kingswood Capital Management will soon own the MEC brand, with “Co-op” removed from its name. This may not be the last stand for the iconic green logo, but it still feels like the beginning of the end for a community institution, a heartbreaking close for the people’s outdoor store. 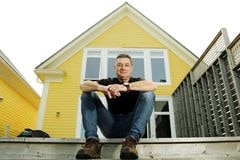