No doubt Jason Kenney spoke for many Tuesday when the Alberta Premier decried the increasing practice of “cancelling” leading historical figures, notably the country’s founder, Sir John A. Macdonald, for their part in the calamitous residential schools policy.

The reported discovery of the remains of 215 Indigenous children on the site of the Kamloops Indian Residential School in British Columbia has given fresh impetus to the campaign to remove the statues of Macdonald from public places, to strike his name from public schools, and other formal acts of repudiation.

To Mr. Kenney, the sanction seemed at once too broad – Macdonald may have been the prime minister responsible for establishing the residential schools, but he was also the single person most responsible for the existence of Canada, which some would still account to his favour – and too narrow.

If Macdonald is to be banished from the public square for policies we now regard as abhorrent, he asked, what of others: Sir Wilfrid Laurier, who brought in steep hikes in the “head tax” and other restrictions on immigration from China and South Asia, or Mackenzie King, who barred European Jews from seeking refuge in Canada during the Holocaust, or Pierre Trudeau, who imposed martial law in Quebec?

Or what about Tommy Douglas, father of medicare, winner of the CBC’s “Greatest Canadian” competition, but also an enthusiastic proponent of eugenics, that is to say, sterilization of “mental defectives”? Should his name, too, be stricken from the honour rolls?

These would be the glaring examples of selective morality Mr. Kenney suggests, if the head tax had remained in place for more than a century; if Jews were still being barred from Canada until a couple of decades ago; if the War Measures Act had resulted, not just in the arrest of thousands of people, but their agonizing deaths; or if eugenics had been, not the personal preoccupation of Douglas and other social improvers of his day, but a keystone policy of the federal government, in force across the country.

It does nothing to diminish these evils to say that there is something exceptionally monstrous about the residential schools policy – as the law professor, human rights activist and former Justice minister Irwin Cotler has called it, “the single most harmful, disgraceful and racist act in our history.”

It is not just that tens of thousands of Indigenous children were taken from their families, against their will; that they were confined for months at a time in remote and ill-maintained facilities, often in appalling conditions; that while there they were subjected to mistreatment ranging from malign neglect to physical and sexual abuse; or that all of this was carried out in the service of the barbaric and unambiguously racist policy of forced assimilation.

It is not even that, as the discovery at the Kamloops school reminded us, thousands of these pitiable children died as a result – as many as 6,000, according to the report by the Truth and Reconciliation Commission – many of them hastily buried in unmarked graves, without so much as a note to their parents.

No, it is that the schools were permitted to carry on with this carnage, long after Macdonald – prime minister after prime minister, decade after decade, generation after generation. It was known since at least the early 1900s, notably after the reports of Peter Bryce, chief medical officer at the Department of Indian Affairs, that the schools were breeding grounds for disease, that children were being abused, that they were dying in vast numbers.

Yet for decades nothing was done. The schools did not begin to close until the 1960s – indeed, they were still opening new ones as late as 1975. The last of them, Gordon’s Indian Residential School in Punnichy, Sask., closed in 1996.

In a sense, then, by focusing blame on Macdonald, or his public works minister, Hector-Louis Langevin, or the Upper Canadian education reformer Egerton Ryerson, or the other now-infamous architects of the policy, we are letting ourselves off too easy. Residential schools were not a brief failure of our collective moral compass, like the wartime internment of Japanese-Canadians, or a distant relic of a more primitive age. Their victims are in many cases still with us, as are their direct descendants.

The policy could not have been sustained all those years without the tacit support, or at least acquiescence, of prime ministers, members of Parliament, civil servants and ultimately the general population. The shame of it – the immense, unspeakable shame – must be worn, not solely by the individuals most directly responsible, but by Canada.

There is, of course, much more that is good about Canada. We are indeed, as Mr. Kenney says, “an imperfect country, but … still a great country.” The crimes that have sometimes marked our history must be set against all that we have achieved together, for ourselves and the world. But even a great nation – especially a great nation – must acknowledge its sins, and more than that, atone for them.

But the country’s honour is at stake. Although much has been done to make amends for the residential schools – and, more broadly, for the history of injustices to Indigenous Canadians – much more remains to be done. Of course, merely knocking down a few statues will do nothing, on its own, to make the lives of ordinary Indigenous people better. But it may be taken as a sign of how seriously we take the task.

To remove the names of Macdonald, Ryerson et al. from their places of honour seems the least we can do to express our shame for the great wrong that was done in our name. In time, perhaps, we may be able to honour them again. But not until we have recovered our own. 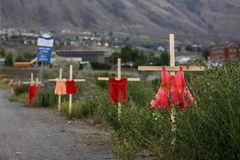 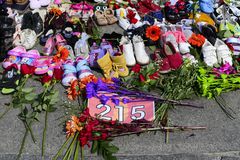 June 2: ‘We should dig deeper … and ask what quality of life was experienced … by those children who somehow survived.’ Readers react to the young lives destroyed by residential schools, plus other letters to the editor
June 2, 2021 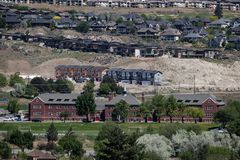