Barry Padolsky is an architect, urban designer and heritage consultant.

As a student of Ottawa’s history (and a tennis player), I have been curious about the origins and evolution of the simple sport of tennis in our national capital.

Lawn tennis, the modern game, was seemingly invented in 1874. It appears to have been eagerly embraced by Ottawa “society” as early as 1881 with the founding of the Ottawa Tennis Club (now the historic OTLBC). Canada’s then-governor-general, the Marquis of Lorne, and his wife, Princess Louise, were the first of the club’s viceregal patrons.

A gentleman’s sport, tennis is famous for its unwritten rules of etiquette: “whites only” attire, courtesy, politeness and fair play. When in doubt, you generously call your opponent’s close-to-the-line shot “in.”

A legendary example of tennis conduct was exhibited in 1935 by Germany’s Baron Gottfried von Cramm, who shockingly reversed Germany’s “win” in the decisive set of its Davis Cup doubles match against the United States. Although witnessed by none, he advised the umpire that his racquet had inadvertently grazed the ball before his partner volleyed the winning match point. Honour before victory.

But while it was a gentleman’s sport, Ottawa’s illustrious tennis clubs were also famous for refusing to grant membership to Jews.

This unsportsmanlike display of discrimination, either through explicit club rules or by “gentleman’s agreement,” did not deter the city’s aspiring Jewish athletes from the game. Led by young tennis players such as Eddie Wolfe, Harold Shenkman, Freda Carlofsky and others, four courts at the financially struggling Victoria Tennis Club in Eastview (Vanier) were rented for the 1935 season. (It was the Great Depression, and many clubs owed municipal taxes.)

With eight courts and a clubhouse along the Rideau River, just a few minutes from the wooden footbridge to Strathcona Park and Sandy Hill, the location was ideal.

It was quickly acquired to become the permanent home of the Tel Aviv Tennis Club.

In May of 1936, the club opened and soon became the thriving centre of Jewish summer tennis and social life. It became a full member of the Ottawa District Lawn Tennis League and actually won the District Championship (Section C) in 1949.

In the 1950s, with the termination of discriminatory practices among Ottawa’s tennis clubs, and the migration of the Jewish community from Lowertown and Sandy Hill to the suburbs, the Tel Aviv’s fortunes waned.

In 1958, the Tel Aviv Tennis Club – along with the Rideau Lawn Tennis Club and the historic farmlands along the east bank of the Rideau River between the Cummings and Hurdman bridges – was expropriated by the Federal District Commission (now the National Capital Commission). The federal government’s ambitious 1950 “Greber Plan” for the national capital was being executed.

On Oct. 11, 1958, a modest notice was published in the Ottawa Citizen. Tenders were invited by the Federal District Commission for the removal or demolition of some miscellaneous buildings, including “a 1-storey frame club house (Tel-Aviv Tennis Club).”

The short and wondrous life of the Tel Aviv Tennis Club was over.

Its future was to become part of Riverain Park, one of the capital’s most serene landscapes.

Today, a searching walk through the park reveals no trace of the former tennis landmark. Using Geo-Ottawa maps and historic aerial photos to pinpoint its location, I have examined every square metre of the tennis club’s former footprint.

The Tel Aviv Tennis Club may be invisible, but its place in Ottawa’s history deserves recognition. “Systemic racism” may still be commonplace, but it is encouraging to remember that it is neither inevitable nor incurable. 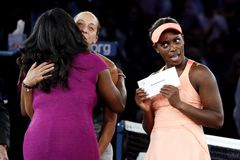 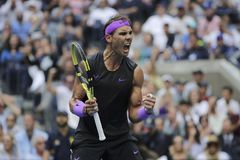 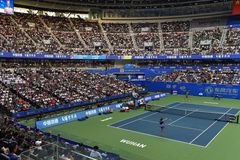