Alexandre Lazarow is a venture capitalist and the author of Out-Innovate: How Global Entrepreneurs – from Delhi to Detroit – Are Rewriting the Rules of Silicon Valley. He also teaches entrepreneurship at the Middlebury Institute of International Studies.

The world is in the midst of a crisis that, among its many world-shaking effects, will permanently reshape the innovation landscape.

Companies that want to survive and thrive in this new world should look to successful global startup entrepreneurs outside of the typical innovation hubs such as Silicon Valley, New York, or London. More nascent startup ecosystems around the world, from Toronto to my hometown Winnipeg, to emerging markets such as Nairobi and Mexico City, have long been ignored in startup best practice, but they hold the key for the future. They build sustainable and resilient startups, harnessing the world’s best talent through remote work, and they create solutions to the world’s most significant societal, financial and business problems.

Instead of unicorns, look to the humble camel

In the past decade, startups in Silicon Valley have benefited from abundant and cheap capital, with an ever-growing venture-capital ecosystem. Their growth-at-all-costs business model flourished under those conditions. Startups built outside of Silicon Valley, in harsher market and infrastructure conditions with less access to capital and talent, have long been charting a different, hardier path. Where Silicon Valley has been chasing unicorns (a colloquial term for startups with billion-dollar valuations), “camel” startups, such as those founded by leading global entrepreneurs, prioritize sustainability and resiliency.

The humble camel adapts to multiple climates, survives without food or water for months, and has humps to protect itself from the desert’s deprivations. Unlike unicorns, camels are not imaginary creatures. The metaphor may not be as flashy, but camels are survivors – as are their startup counterparts.

While this time is challenging for all small businesses, camels will be the ones with the best chance of surviving the lean times that are ahead for most companies across the world. In Canada, startups are well positioned to navigate this next phase, precisely because they have had to fight for attention and funding against startups from more central global hubs. This hearty bunch of young companies in friendly cities such as Toronto, Waterloo, Montreal and Winnipeg have taken steps to control their spending and have helped to build budding ecosystems that will support them through this tough time. Many of them, unlike some tech startups that are continuously shedding capital in Silicon Valley, will come out stronger on the other side.

The rise of the startup camel will probably mean some changes: These new companies won’t be as ready to give away their products at no charge to attract new users. Global startups know that the value of their offering is inherent in the benefits that the product brings to its customers. Second, there will be an emphasis on aggressively managing costs. Operational costs will be reined in – look for less-flashy headquarters located in areas with cheaper real estate, a more staggered approach to hiring and a growth plan from year one with an eye on profitability.

Venture capital will not be a matter of course for every company. While it is an incredible tool, it will be sought out to achieve specific goals, such as expanding to new markets or new product verticals. And lastly, long-term survival, not “blitzscaling,” will be the goal. There may be competition. The race is not always about who gets to market first. It is about who survives and thrives over the long run.

The rise of distributed teams

While much has been written about remote work over the past few weeks as more and more people are asked to stay home, it should be noted that remote work for the majority of the population will not become the new normal. However, remote work will definitely become more normal. For startups operating outside Silicon Valley, this is not new. Many of them have used remote work to tap disparate and diverse talent pools, become more global and leverage that to their own advantage by managing labour costs.

In addition to saving on real estate, they have realized that a remote labour pool can also free up funds that otherwise would have been spent on operational office requirements. They have sought talent in locations where starting salaries are much more reasonable than in cities such as New York or San Francisco. By hiring around the world, these startups often have a more diverse pool of talent to choose from and can hire specialists that otherwise would not have been looking for a job in the company’s home market. Critically, a distributed team will provide greater resiliency to manage global crises. If one region faces a problem, there are other teams to fall back on.

Additionally, distributed teams’ problems cannot be hidden behind the veneer of Silicon Valley culture, with its free meals and kombucha stands. Being distributed explicitly forces companies to build and manage communication across geographies, to trust distant colleagues with more autonomy, and to foster a shared culture across the organization. We will see a proliferation of distributed startups around the world.

From disruption to inclusion

Silicon Valley’s promise of changing the world for the better through “disruption” has fallen short. As we contend with the high cost of living in major technology hubs, questionable ethical practices at startups such as Uber, the impact platforms such as Airbnb have on neighbourhoods, the revelations of pervasive discrimination and harassment, and the growing frustration with social-media platforms and their controversial roles in the 2016 U.S. elections, we are looking for another model. Around the world, the best entrepreneurs are not focusing on disruption, but rather creating inclusive solutions for the mass market in much-needed sectors such as financial services, health care, education, energy and agriculture. Their businesses don’t just have lofty mantras. They are deeply aligning their social impact with their economic best interest.

The coronavirus crisis will remind innovators the world over what our deepest problems truly are. The next wave of companies will tackle these issues wholeheartedly. And because impact will be part and parcel of the business model, companies that take this approach will find that they will be operating in an ecosystem that wants them to succeed.

This next wave of innovators, creators and entrepreneurs will be highly scrutinized, and the road ahead for them will not be as easy as it has been for some of their predecessors in the funding frenzy of the past decade. But those that can learn from the best global startups and craft a sustainable business, spend wisely and ease the tensions between economic success and social impact, will find themselves in the new group of promising young businesses that always spring up during harsh economic times. 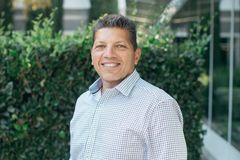 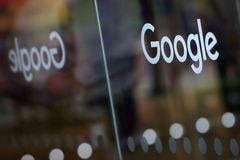 Opinion
Take this warning: the postpandemic economic order will be driven by geopolitics
Subscriber content
May 4, 2020 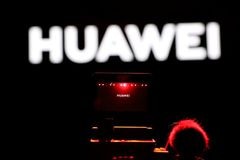