Michael Bociurkiw is a Europe-based global affairs analyst and a former spokesperson for the Organization for Security and Cooperation in Europe.

As we enter another week of nonstop coverage of the Ukraine-Donald-Trump-quid-pro-quo scandal, Republican leaders continue to peddle the fictional narrative that Ukraine is a party to election-meddling in the 2016 U.S. elections.

It seems that in the effort to save President Donald Trump from himself, the Republicans are more than happy to throw Ukraine, a traditional key ally, under the bus. At the Halifax International Security Forum on Saturday, I asked U.S. national-security adviser Robert O’Brien whether Ukraine was responsible for election-meddling. He declined to answer. The next day, Republican Senator John Kennedy repeated the debunked theory that Ukraine hacked into the Democratic National Committee’s servers.

Throughout the Halifax forum, U.S. military officials and politicians emphatically stressed the importance of supporting Ukraine as a bulwark against Russian aggression. Former Ukraine president Petro Poroshenko said the provision of U.S. lethal aid was a game-changer in terms of giving the Ukrainian military an advantage on the battlefield against Russian tanks.

Pushing back against the Russians in far-away Europe is much preferable than doing it here in North America, and the last thing the world needs right now – especially after billions of dollars in aid invested in Ukraine by the U.S., the European Union, the United Nations and Canada, among others – is another failed state.

Yet the Trump circle, fighting to justify the President’s holdup of aid, continues to insinuate that if corruption was a problem in Ukraine, then it made sense for the Commander in Chief to do what he did.

Except, the Ukrainian government had taken verifiable steps – well before Mr. Trump froze the aid – to combat corruption. This included the introduction of a national anti-corruption bureau, a specialized anti-corruption prosecutor’s office and a higher anti-corruption court. Things didn’t stop with the double landslide election of Volodymyr Zelensky and his party; the new administration introduced the cancellation of immunity from prosecution for members of the Ukrainian parliament and reform of the defence sector.

Hopefully a skeptical U.S. public, after hearing testimony from Russia experts, has a better appreciation of how obsessed Russian President Vladimir Putin is with keeping Ukraine in his sphere of influence – no matter what the cost. A citation by former Carter White House national security adviser Zbigniew Brzezinski should have made them sit up: “It cannot be stressed enough that without Ukraine, Russia ceases to be an empire, but with Ukraine suborned and then subordinated, Russia automatically becomes an empire.”

Another fallacy promoted by Republicans such as Rep. Devin Nunes is that under the Obama administration, Ukraine received only blankets from Washington. Top Pentagon official Laura Cooper was able to set the record straight during testimony by cataloguing the contents of a multimillion-dollar aid package that included vehicles, patrol boats, body armour, training and humanitarian assistance. True, Barack Obama didn’t approve lethal aid, such as Javelin anti-tank missiles, but the aid made a difference in the Ukrainian military’s ability to hold the front line. I know, as I was there on the front lines in 2014 to see the gradual transformation of a ragtag army into a disciplined and proud fighting machine.

When the impeachment hearings started, my big fear was that Ukraine would be dragged through the mud, portrayed by those desperate to save this disgraced presidency as a corrupt cesspool and unreliable partner.

I was wrong. In the end, the hearings did far more to convince a skeptical public about the merits of supporting Ukraine than millions of dollars of PR outreach by the Ukrainian government and its allies.

Whether or not Mr. Trump is able to dodge the bullet and avoid impeachment for treating U.S. foreign aid the way a Mafia boss handles casino earnings remains to be seen. And we may never fully appreciate why Mr. Trump harbours such disdain for Ukraine. But the silver lining here is that Ukraine emerges in the public mind and on Capitol Hill as a state worth propping up – at least until the Russian bear can be chased away from its front door. 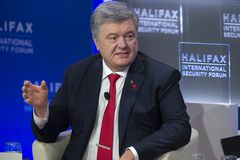 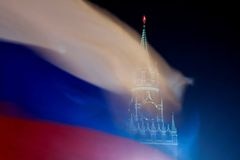 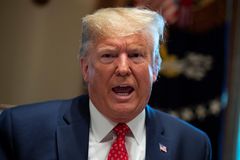