Jennifer Quaid is a law professor at the University of Ottawa and expert in corporate criminal liability. Emilie Taman is a former Crown counsel with the Public Prosecution Service of Canada and the NDP candidate for Ottawa Centre.

There is often a perception in Canada that corporations receive preferential treatment. This suggestion is usually quickly brushed aside by those in power. This was true under Stephen Harper and it is true under the Trudeau government.

It is hard to square this with what actually happens. Corporations in financial difficulty continue to be bailed out by taxpayers, ostensibly to protect local economies and jobs, even though we know they usually take the money and run. We continue to offer them generous tax breaks even though trickle-down economics has been debunked as a myth. And now this: reports in The Globe and Mail of political interference in the conduct of the prosecution of SNC-Lavalin, allegations that reinforce the view that corporate offenders get a free ride, even when they commit serious crimes with significant consequences.

Opinion: Trudeau chooses not to be clear on what happened with SNC-Lavalin

The Montreal-based multinational is currently accused of corruption under the Corruption of Foreign Public Officials Act for its alleged role in a scheme to pay close to $48-million to public officials in Libya over a 10-year period to obtain advantage and influence under the Moammar Gadhafi regime.

These allegations, though not yet proved in court, cannot be described as isolated incidents. Indeed, just last week, former SNC-Lavalin chief executive Pierre Duhaime pleaded guilty to breach of trust for his role in a scheme to pay $22.5-million to officials with the McGill University Health Centre to get the inside track on a $1.3-billion contract to build a new hospital.

As former federal prosecutors specializing in economic crime and now academics who follow these cases closely, we are deeply disturbed by recent allegations that the Trudeau government pressed for the SNC-Lavalin prosecution to be settled via a remediation agreement. The aim, of course, would have been to find a way to spare the engineering and construction giant the consequences of a criminal conviction. After all, organizations that have been convicted of such offences are blacklisted from bidding on government contracts, in Canada and abroad.

The government may have felt the potential economic impact of a conviction was too great and that the case should be settled. But given the serious nature of the corruption at issue, it was incumbent on prosecutors, examining all the evidence and taking into account the public interest, to decide whether that trade-off of accountability versus economic impact was appropriate. Even if they have decided to undertake negotiations with SNC with a view to settling with a remediation agreement, ultimately that agreement would have to satisfy a judge. Economic effects are not a trump card in the weighing of factors.

This incident has shone a light on the still relatively unknown remediation-agreement process. Eyebrows were raised when the government slipped an amendment to the Criminal Code into a 500-page omnibus budget bill early last year that provided for this new mechanism for dealing with corporate offenders, which is known as a deferred prosecution agreement in other jurisdictions. Remediation agreements allow corporate accused to avoid prosecution and, critically, a finding of guilt, in exchange for an admission of responsibility, payment of pecuniary penalties and a demonstrated commitment to internal reforms. Many observers believed that the introduction of this new regime was an opaque effort to unburden SNC-Lavalin of its criminal charges.

Given this, it was a surprise to learn in October, 2018, that SNC-Lavalin would not be entering into a remediation agreement with the Crown because the Attorney-General would not agree to do so. The company then launched a bizarre PR campaign in an effort to obtain public support for its position, including a full-page newspaper ad, in which it argued that it was being treated unfairly, had cleaned up its act and did not deserve to be prosecuted.

To the credit of the former justice minister and the prosecution service, these efforts did not change the decision not to negotiate. But the new allegations suggest that the lobbying efforts of SNC may have gone much further, reaching all the way into the Prime Minister’s Office. One may wonder whether this situation, if true, is a one-off or indicative of something more pervasive.

Given the Trudeau government’s repeated refrain that we are a country bound by the rule of law in the context of the Meng Wanzhou extradition proceedings, it is troubling to learn that the PMO may have been actively pressuring then-attorney-general Jody Wilson-Raybould to enter into a remediation agreement with SNC-Lavalin. This flies in the face of the deeply entrenched constitutional principle that attorneys-general must act independently of partisan concerns. Ms. Wilson-Raybould should be commended for refusing to give in to political pressure to direct the conduct of a continuing prosecution.

If the government believed that SNC required rescuing because of the financial impact flowing from the corruption that occurred within its organization, then that is a matter of political and economic policy. The government could have made that decision openly without being seen to interfere with a criminal prosecution and thereby undermining the integrity of the criminal justice system.

Note: This article has been updated to include more biographical information about one of the co-authors.

Opinion
Trudeau chooses not to be clear on what happened with SNC-Lavalin
Subscriber content
February 8, 2019 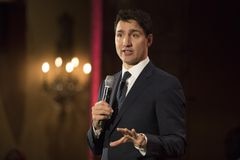 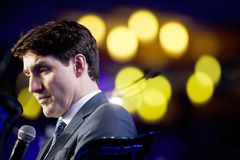 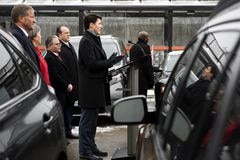