Michael Harris is the author of Solitude and The End of Absence. His new book, All We Want, comes out in December. He lives with his husband in Vancouver.

When I was eight my father drove me up the Sunshine Coast to a field of plywood shelters called Camp Byng. He was a camp-leader at heart – had even assumed the alpha role of “Akela” in my cub scout pack – but I was not a camper. So, when we arrived, along with 20 other pairs of fathers and sons, I saw him expand beyond himself even as I shrank. He was proud of his paramilitary scout uniform, proud of his blazing red kerchief and mother-sewn badges. I scratched at my own uniform and reeked of fraud.

Most of the boys joined-up into roving gangs, became wild and masculine. They charged from one cabin to the next, conscripting able friends into spontaneous wars. I sat still in the field, bony legs held primly together, waiting for an adult to announce the next meal. I braided blades of grass and spoke with any boy who collapsed beside me, but I couldn’t bring myself to join them when they leapt up minutes later. A weight hung about me and it seemed impossible to be a boy like the others, to keep up, to shout, to torment; impossible to cheer with abandon at nothing, or to adopt sudden conceptions of adventure. My father would arrive, though, and shoo me toward an obstacle course or some knot-tying seminar. The hours were programmed and accounted for on his clipboard.

So, my arms twisted around a frayed rope for tug-of-war, or I would jog in anxious circles trying to understand my team’s capture the flag strategy. I felt my uselessness. Childhood baffled me and cub camp brought all its most confounding elements together: the brutal assertiveness of prepubescent boys; the lawlike decisions of adults; and worst, the certainty that time was stagnant, that a four-night camping trip was somehow also one’s entire life.

But then again: A photo from that trip tells a different story. I’m glowing with pride, sitting beside my Akela father, arm slung up and over his shoulder. We are two men out camping, squinting determinedly under the sun. There’s a whole stack of memories that contradict what I wrote above. Solemn marshmallow roasting; flashlights twirling on the cabin’s cold roof; and panning for nuggets of “gold” in the nearby creek – gold left there, I now realize, by a father who hoped to engineer just one moment of wonder.

Winter came and we drove up Hollyburn Mountain for the cub scout’s Snow Camp. Field games and plant identification were replaced by Igloo-building and stargazing. The pack lived together this time, in a lodge with an empty loft where dozens of boys could sleep in rows. Each morning we wrapped our feet in plastic bags, shoved them into boots and swam into waist-high snowdrifts.

At night the woods crawled with threats. And when I woke, needing desperately to pee, I could not bring myself to trek through the midnight ice toward the outhouse; I inched open the lodge’s door and peed across the porch. It was only when the drunken father dozing there stirred that I knew what I’d done. Drenched in my urine, and half awake, he swore and shifted in his sopping blanket. I bolted back to my sleeping bag and felt, for the first time, a kind of collective safety and brotherhood among the other boys.

Next day we wolfed pancakes and spent the morning tobogganing. Ryan, whose father had died a few years before, sped into a tree, twisted in the air and crashed into the snow. He lay there, bent and crying, as we inwardly cheered. At last, a true survival scenario.

We raced back to the lodge. One of the fathers was a veterinarian, and we tramped clods of slush through the main floor shouting for him, shouting that Ryan had broken his leg in at least three places. We would need to build a splint, a stretcher, maybe light a distress fire so rescue helicopters could find us.

By the time we’d dragged the complaining veterinarian to the site of the accident, Ryan had fully recovered. We were furious in our disappointment. Some of the boys called him a sissy faggot and, along with the veterinarian, went back to the lodge. I sat with Ryan in the snow, embarrassed to find we’d only been playing at manly action. Ryan was near tears, with a runny nose, and kept telling me he wasn’t a faggot, he wasn’t. And I said I knew, and touched his shoulder with my mittened hand like a grownup in a movie. I glanced back toward the lodge, hoping my father would appear, see me doing the right thing.

Summer, winter, summer again. The camps came every season, and I turned nine, and 10, and 11. I was learning what a boy was like, and what I was like instead. I learned what a father was supposed to be, and a son, and what strange performances we each might give to the other.

We boys stood in a circle each day and shouted the Grand Howl at our fathers: “A! Ke! La! We’ll! Do! Our! Best!” And then it would be lunch time, game time, hike time, dinner time, campfire time, lights-out. All the while wondering: Was this right? Was this how it should be done? And why did everyone else know how to be?

I wonder, when we at last fell asleep and the fathers grew drunk on lukewarm beers, tired from all their herding and lecturing, did they dissolve back into boys and jockey to see who was best, who brightest, and who most loved? I wonder, when we children emerged in the morning, still so young and barely formed, were they anxious to be the fathers we imagined, as we were anxious to be their proper sons?

Opinion
I wish the Vatican could see what I see in same-sex unions: authentic love
March 26, 2021 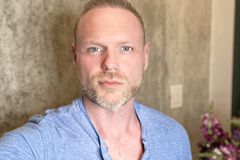 Opinion
Friendship is magic. But is it legally protected? In the postpandemic world, we need a clearer answer
January 23, 2021 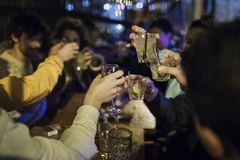 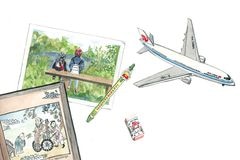