The arrest in Vancouver last December of Huawei CFO Meng Wanzhou has created a China-Canada crisis like no other. This isn’t the first time we’ve had to manage a diplomatic standoff with Beijing. Nor, sadly, are we unfamiliar with Chinese intimidation by means of nasty reprisals against innocent Canadians. But in the past, whatever the dispute, the crisis has eventually found bottom, and the Chinese have then shifted focus from retaliation to resolution.

This doesn’t mean that all is forgiven. That can take months, or even years. But it has traditionally signalled the end of the period in which China is most likely to engage in hostage diplomacy or other punishment.

What makes the current Canada-China crisis exceptional is that, almost three months after it began, we have yet to find bottom. In the last week we’ve had, in rapid succession, the announcement that Canada would allow the Meng extradition to proceed; the news that Ms. Meng is launching a civil claim against some of the Canadian authorities who arrested her; and, most recently, word out of China that Canadians Michael Kovrig and Michael Spavor are accused of stealing state secrets.

The sarcasm and vitriol that we’re hearing from Chinese officials suggests that they are seriously rattled. They should be. The extradition case threatens not only Ms. Meng, who is corporate royalty in China, but also her company, which is the global standard-bearer for China’s high-tech ambitions.

Of course, the other element that exceptionally complicates this case is that the United States is also a player in the drama, and not simply because it was the United States that requested Ms. Meng’s arrest. The United States is pushing, with some success, for an ambitious new trade agreement with China, one that could help level a playing field that has long been tilted in Beijing’s favour. But President Donald Trump refuses to rule out the possibility that he might use Ms. Meng as a bargaining chip when he meets President Xi Jinping later this month.

As the crisis continues to unfold, the ultimate objectives for each country remain clear, although the possibility of finding a win-win-win arrangement is increasingly remote.

Canada needs to stay focused on building international support to free Mr. Kovrig and Mr. Spavor, and to obtain leniency for fellow Canadian Robert Schellenberg, who, after an alarmingly brief new trial, now faces a death sentence for drug smuggling. Meanwhile, we must allow the extradition process to continue to play out. As tempting as it may be to intervene to placate China, it is not in our interest to take actions that appear to undermine our commitment to due process. Any such move would seriously damage our international credibility, which has already taken a recent hit from the SNC-Lavalin scandal and, worse, would confirm the effectiveness of China’s penchant for hostage diplomacy with Canada.

The United States should stay focused on making its case to have Ms. Meng extradited. In January, an impressive array of senior U.S. law-enforcement officials made a compelling presentation alleging that Ms. Meng attempted to defraud a financial institution by offering misleading information about Huawei’s activities in Iran. Now, these same officials must convince a Canadian judge that their case holds water.

Mr. Trump not only shouldn’t attempt to link Ms. Meng with his trade negotiations with China, he really doesn’t have to. Up until now, the United States has clearly had the upper hand in the trade war. In addition, any U.S. attempt to barter Ms. Meng’s freedom for a better trade deal with China would send shock waves internationally, making it virtually impossible for the United States to secure co-operation, particularly on difficult cases, from Canada or any other country with which it has an extradition treaty.

China is, for its part, following two separate strategies to secure the release of Ms. Meng. It is trying to intimidate Canada into releasing her through continuing threats and pressure, and trying to encourage the United States to hand her over by offering trade concessions that the United States is likely to secure in any event.

But time is not necessarily on the side of Xi Jinping. Canada’s efforts at building support are contributing to an important if long-overdue international discussion about China’s assertiveness. This has not escaped the attention of some high-placed observers in Beijing, who are voicing, albeit quietly and discreetly, discontent about a growing array of problems, including China’s slowing economy.

He is still immensely powerful, but the longer Ms. Meng remains in North America, and China remains the focus of international criticism, the more those Chinese whispers about his leadership will grow.

Opinion
A bad U.S.-China trade deal might lead to good things for the WTO
February 27, 2019 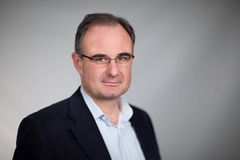 Opinion
Canada must not be naive when dealing with China’s authoritarian regime
March 4, 2019 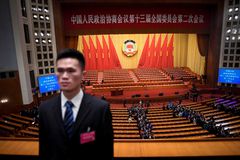 Opinion
Why some Chinese immigrants living in Canada live in silent fear
February 26, 2019 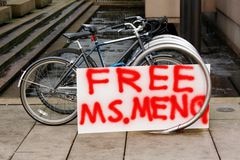