Christo Aivalis is a postdoctoral fellow in the history department at the University of Toronto. He is the author of The Constant Liberal: Pierre Trudeau, Organized Labour, and the Canadian Social Democratic Left.

Canada has a long history of union victories that have defined national events and made for a more just and humane society, led by Canada’s most prominent unions. But some of those major players have recently suffered major setbacks, in a span of just a month: On Nov. 27, the Canadian Union of Postal Workers – the union that made maternity leave a mainstream expectation in Canada – was legislated back to work in the midst of a fight for job equity and workplace safety. Meanwhile, UNIFOR – Canada’s largest private-sector union – got news that they would lose at least 2,500 members in Oshawa when General Motors announced it would cease production there next year.

Not only do these setbacks highlight the challenges of the labour movement in 2018 – one that has struggled to replenish declining memberships in traditional union sectors – they expose the central, existential question that organized labour faces: How will it adapt in the face of the continued and intensifying challenges presented by automation, outsourcing and workplace transformations?

Here, the history of Canada’s labour movement offers us pertinent lessons. Long ago, in the early 1900s, Canada had an established labour movement, but it looked different than our own, dominated as it was by craft unions. These unions were relatively small, fairly exclusive and centred on the identity of being a skilled trade person. The problem, however, was that the great masses of working people were often shut out, both because there were few labour bodies geared to represent what some called “unskilled” labour – the sort of jobs that didn’t require high levels of education or technical training – and because some craft unionists looked down at the unskilled segments of the working class, deeming them unsuitable for unionization. But early pioneers started to challenge this notion. Aaron Roland Mosher, for example, was deemed by skilled railwaymen to be a lowly freight checker. But he had a bold idea: Instead having a dozen or more railway unions representing slivers of the work force, why not build one union to cover all those excluded from the craft unions, and forge a united front representing workers across the breadth of the industry, be they skilled or unskilled, blue- or white-collar?

This was called industrial unionism, and it was seen as the next evolution in trade unionism. But change comes gradually, and the organization Mosher founded – the Canadian Brotherhood of Railway Employees (CBRE) – would be a comparatively rare instance of industrial unionism at first. What really turned the tide was the fact that workers couldn’t ignore the rise of automation and the conglomeration of industry and capital, which created creating ever-larger businesses using cutting-edge technology to produce their wares. These transformations represented an existential threat for the established craft unions, whose members were especially at risk of being “deskilled” by machines and assembly line techniques that atomized production into smaller, interchangeable tasks, and people started looking for other organizing models.

In short, the crisis of the craftsman was an opportunity for industrial unionism to build a modern movement. The result was the Congress of Industrial Organizations and the Canadian Congress of Labour, which sought to organize workers on a wide industrial basis. This is where many large private-sector unions were born, and where the power within organized labour shifted; while craft unions still exist today, most unions organize on the industrial model forged in a time when capitalism was transforming, and required a robust response if organized labour was to remain dynamic and relevant.

Since then, however, there have only been more changes. Not only has the Canadian labour movement become less intertwined with organizations in the United States, and more influenced by public sector unions, it is facing – and has been for some time – another revolution in capitalism. Waves of outsourcing and advances in automation, which have been ripping chunks out of industrial private-sector unions since the 1970s – when union density was high and their influence on society was much deeper – may now kick into overdrive as technology becomes more sophisticated. And as our world becomes dramatically more interconnected, corporations have become as powerful as ever, and capital moves with relatively few restrictions. Just as the industrial unionism of the 1930s responded to a new economic reality, labour organizations must prepare to do the same today.

In response to business consolidation, unions have acted in kind. Unions such as UNIFOR grew out of a 2013 merger between the Canadian Autoworkers (CAW) and the Communications, Energy and Paperworkers Union of Canada. Before and beyond this, Canadian unions have engaged in mergers to more efficiently allocate resources and seek members outside their traditional base to address declining membership. But this has caused controversies in some cases – some unions have been accused of trying to poach members from other organizations – and it hasn’t solved the problem of organizing in unfamiliar sectors for the labour movement, from service-sector workers who many describe as today’s “unskilled” labour, to those in the burgeoning tech industry who command good wages but still face workplace issues which may be addressed through collective action. Simply put, today’s unions need to find a way to better organize the majority of Canadian workers who are without union representation, be they in traditional or emerging sectors.

Perhaps this is where the historical parallels are most helpful. The old craft unions had achieved important things, but did not represent anywhere near a majority of working people. The industrial unions that rose to challenge their old ways never achieved a full representation of workers either, but they came closer. Now, many of those same unions are the grizzled veterans, who must aim for a movement that represents Canadian workers in all their diversity and complexity. While there is a lot that unions can do to better allocate resources toward organizing in non-traditional arenas, some of this requires a legislative response. Indeed, it was the implementation of the Rand Formula in the 1940s that encouraged the unionization of mass industries, requiring different approaches than the crafts'. In our own time, we need legislation that acknowledges the nature of the modern workplace, and offers a path toward unionization that reflects the will of workers, and limits the effect of employer interference. The card-check model – where signing up a majority of workers automatically triggers a union without the need for an additional vote, or systems that recognize franchised and branch businesses as one employer for bargaining purposes – are just some potential routes to take.

Ultimately, however, these important discussions cannot be the horizon of labour’s future. Certainly, organizing workers in the here-and-now should be any union’s raison d’être – but the future of work and our economy must be something to which we all devote primary attention. In a time of growing inequality, all Canadians need to think about the questions unions face: At what point does the concentration of economic power in the hands of massive multinational corporations limit workers’ ability to respond through the traditional means of collective bargaining? At what point does this power threaten to control the destinies of entire communities and regions, rendering the democratic will of Canadians, if not irrelevant, then certainly compromised? And will endemic automation – even if it’s farther away than some people fear – only serve to disenfranchise the masses in favour of an ever-consolidating elite with more control than ever? These were the essential forces that led to these setbacks for UNIFOR – after all, how could an American company unilaterally decide to gut a Canadian town, leaving both workers and government holding the bag? – but those issues will come to workplaces and communities everywhere before long.

The nature of our workplaces, how they are owned and how they relate to their workers cannot be isolated from our political discourse. Industrial unionism didn’t just rise from an era of workplace transformation. That time – the Great Depression and Second World War – was one in which the political moulds of the past were dissolving, leaving crucial space for new ideas, movements and parties to take up their place in the spotlight. In our own time, changes in the world of work could challenge the same kinds of underlying assumptions of our society, which could lead us in exciting – or troubling – directions.

When it comes down to it, we need economic systems that reflect the democratic principles we so cherish, the ones through which we define so much of our Canadian identity. Unions have been a force for generations, giving workers at least some input into the operation of their workplaces, and organized labour will always have an irreplaceable role in building and preserving a democratic spirit that goes beyond the ballot box. It is in all our interests that unions succeed in organizing the workplaces of the present and future, that our governments enact policies that assist in this process, and that we as citizens retain a skeptical eye towards the further concentration of economic power in unaccountable private hands.

If unions fail, our democracy may well be at stake.

‘We will fight’ in court if back-to-work legislation passes, postal union warns
November 22, 2018 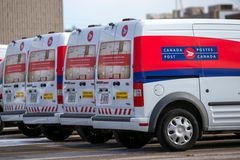 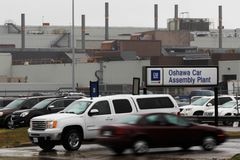