Judy Batalion is the author of The Light of Days: The Untold Story of Women Resistance Fighters in Hitler’s Ghettos.

My grandmother, “Bubbe Zelda,” raised me. On 1980s afternoons, she took me to Mackenzie King park in the Côte-des-Neiges neighbourhood of Montreal, a verdant area flanked by Jewish community centres. Bubbe had survived the Holocaust and frequently told me stories about the murdered sisters she so missed. In that park, we’d sit by the wading pool where she’d offer me jelly-filled sprinkle cookies, and expound her teachings: “Judaleh, a person’s skin colour, the language they speak, the God they pray to, makes no difference to how good they are.” She wanted me to judge people by their behaviour, not their identity. Despite all she’d endured, she taught me, her only granddaughter, to be gracious and just.

It has been a difficult pandemic for me, with COVID-19 infecting my family, financial losses and the incessant lockdown-induced tantrums of one of my young children. A year in, and despite vaccine developments, the finish line feels like a mirage, as if the end may never come. In my darkest moments, I think to my late Bubbe for courage and inspiration. And not only to her. For 13 years, I’ve been researching hundreds of young Jewish women who participated in organized resistance against Hitler in Poland, blowing up Nazi supply trains, shooting Gestapo guards and smuggling dynamite in their underclothes. Like Bubbe, some survived, many living into their 90s. These women experienced immeasurable trauma, well beyond my own. How did they cope? I keep wondering, in search of solace, of guidance. How did they go on?

When COVID-19 feels endless, I reflect on these women’s narratives about the end-of-war. Despite legions of stories from 1939 to 1945, we rarely consider 1946. Europe did not magically return to normal; the postwar period was chaotic, uncertain and in parts, outright dangerous. After years of barbaric rule, tens of millions of traumatized and displaced people suffered as new governments formed, borders were redrawn and trust in authority and even in one’s neighbours was slowly rebuilt. Many Jewish female rebels recalled postwar Eastern Europe as a “wild west” with rampant hostility and even violence. During the war, Chasia Bielicka had disguised herself as a Christian, smuggled ammunition into the Bialystok ghetto, initiated a cell of anti-Fascist Germans, delivered revolvers to partisans and ran intelligence missions for the Red Army. This audacious hero described postwar as a time when she walked around concealing a handgun. She felt nervous on the “liberated” streets; to retrieve her family’s stolen possessions, she brought along a group of armed partisans. After smuggling across a border by truck (many trains were only accessible if you showed a veteran’s medal or a concentration camp tattoo) she based herself in Lodz, where, fearing for the safety of child survivors, she established a children’s home, devising her own psychological methods for handling their trauma. With 73 orphans in hand, she traversed torn-up cities and stayed in difficult displaced-persons and detention camps while fleeing the continent.

This “freedom” was also a psychological burden. One might expect that for women who lost everything, then risked everything to actively overthrow the Nazis, the end-of-war would be a jubilant Champagne-in-the-streets affair. But as Lenin-born, Toronto-based Faye Schulman – who escaped the ghetto after her family was brutally murdered, joined the partisans, slept with a gun as her pillow, participated in sabotage missions and once, as a nurse, anaesthetized an open-air surgical patient with vodka before amputating his digit – wrote in her 1995 memoir, liberation was “the lowest point in my life.” She was shell-shocked. “Never in my life had I felt so lonely, so sad; never had I felt such yearning for the parents, family and friends whom I would never see again,” she chronicled. “When the war was over, would I have a place where I belonged? Who would wait at the station to meet me? … [W]here would I return?” The rigour and social cohesion of partisan life had kept these fighters sane, focused and with purpose: survival and revenge. Postwar, they were alone, with no home, nationality, or identity, and filled with traumatic memories. Young adult survivors had missed their chance to study for a career, lacked family networks and their sexual development had often been skipped over, traumatized, or deeply intensified. Many did not know where to go, what to do, who to be, how to love. “We had been liberated from the fear of death,” diarized Hadassah Rosensaft, who during the war had stolen medical supplies at Auschwitz to help her fellow Jews, “but we were not free from the fear of life.”

And yet, even from these depths of despair, many of these women found ways to cope and thrive. Zivia Lubetkin was a leader of the underground in the Warsaw ghetto. A shy, star Hebrew-school student, Zivia learned to use a gun, fought in two ghetto uprisings and the Warsaw uprising alongside the Polish resistance, escaped through sewer canals up to her neck in sewage water, and administered organizations that helped support thousands of Jews in hiding. When the Russian tanks liberated Warsaw, 30-year-old Zivia felt empty. “We stood by crushed and dejected,” she wrote, “lone remnants of our people.” The world she’d known ceased to exist and a fierce survivor’s guilt set in – she could have saved more, done more. Zivia coped through hyperactivity. She threw herself into helping others, setting up communes for surviving Jews. Later, in Israel, she established a kibbutz especially for survivors, helping them feel welcome and accepted.

Many rebels went on to pursue “caring careers” as nurses, nursery teachers, social workers and in aiding refugees. Kindness countered evil; helping others helped them move on. Some drew on skills gleaned in forest combat and ghetto battles (such as relying on intuition, or bonding dissenting parties under extreme duress) to become innovative psychologists, humanitarian activists and politicians fighting for equality. Even those who did not become professional do-gooders inspired their families. Chasia, who insisted on fresh starts when she settled in Israel, refused to “envelop her children in melancholy,” but taught them to always “care for the weak link in the chain.” As the late partisan Chayele Palevsky once told me over Skype from Florida: “Hate is our fiercest enemy. Be peaceful, be loving, and work to create a world of happiness.”

Though we are battling a virus and not a military espousing a sickening ideology, I reflect on these stories of ultimate resilience to give me strength amid the daily miseries of isolation and illness. Their tales remind me how even transitions toward the better are complex and prolonged, and how much patience is required. They fuel my empathy for those less fortunate, stressing how enriching it can be to help others. These freedom fighters acknowledged truth, good and bad. They admitted danger, but also showed optimism and a fundamental belief in humanity. Like Bubbe, they embraced compassion and justice as a world view.

Only decades later did the irony dawn on me. Mackenzie King is the prime minister who emblemizes “none is too many,” referring to the number of Jews that should be admitted into Canada. And yet, his eponymous park was the centre of Jewish Montreal, surrounded by libraries, schools, even the city’s Holocaust Museum. This brings me a strange slice of hope: things change, bittersweet glories are possible.

Growing up with my mother, the hoarder, and how I began to heal
January 21, 2016 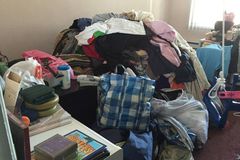 Reflections: Anne Frank was a child murdered by Nazis, not a heroine of adolescent fiction
March 8, 2021 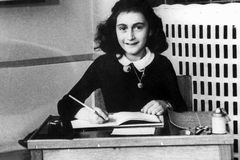