Pam Hrick is a lawyer at Stockwoods LLP in Toronto. She is currently on leave from her practice completing a Master of Laws at New York University. Moira Aikenhead is a PhD candidate at the Peter A. Allard School of Law at the University of British Columbia. Her research focuses on technology-facilitated gender-based violence.

A teacher walks the halls of a high school, engaging in conversation with his young female students. Unbeknownst to them, as they talk, he secretly films their breasts with a pen camera. He does so for a sexual purpose, an appeals court found. Has the teacher merely engaged in a morally reprehensible abuse of power, or has he done something that rises to the level of a criminal offence?

As a matter of law, the answer to this question turns on whether the students were in circumstances in which they could reasonably expect privacy. On Thursday, in the case of R. v. Jarvis, the Supreme Court of Canada declared that they were, in a decision that overturned two lower courts’ acquittal of a high school teacher from London, Ont., on the criminal offence of voyeurism, and convicting him instead.

But the fact that the court determined his conduct was criminal is almost secondary to the laudably contextual approach with which it reached this conclusion.

In making its decision, the court appropriately considered important factors such as where the recordings took place, how the recording technology was used, that the videos created a permanent record, that he specifically filmed the students’ breasts, that he did this in breach of school board policy, and that doing so constituted a breach of trust in his position as a teacher. This, paired with its acknowledgement that the ubiquity of digital technology is firmly a fact of life, demonstrated an importantly nuanced understanding of privacy in a modern world.

Crucially, the court emphasized that privacy is not an “all-or-nothing” concept. Privacy in our bodies is fundamentally connected to human dignity and autonomy, and cannot be easily eroded. We do not surrender our privacy interests and our right not to be surveilled merely by walking out our front door each morning. The fact that technologies now exist allowing others to invade our privacy in previously unimaginable ways does not mean that our privacy expectations upon entering public spaces have been obliterated.

This decision comes at an important time in the development of our understanding of what the right to privacy means in a digital age, and how the law should respond. The court’s approach to privacy expectations in light of the proliferation of invasive technologies is fundamentally important to the privacy rights of all Canadians, and many of these issues have yet to be worked out at the nation’s highest court. However, the conduct at issue here cannot be properly understood without recognizing who is most likely to be targeted for sexualized invasions of privacy: women and girls.

Still, the court missed an opportunity to identify voyeurism for what it is: a form of gender-based violence. The overwhelming majority of voyeurism prosecutions involve men surreptitiously recording women. The gendered nature of this and other forms of technology-facilitated abuse are increasingly being discussed in the public realm, from keystroke spyware to GPS tracking to smart-home manipulation to deepfake pornography to the non-consensual distribution of intimate images, all of which are being weaponized in ways intended to control and coerce women and girls. Each of these forms of conduct raises concerns not just about the violation of privacy rights, but about the right of women and girls to participate equally in society. Despite the urging of interveners such as the Women’s Legal Education and Action Fund and the Canadian Internet Policy and Public Interest Clinic, the court neglected to acknowledge the important equality considerations at play.

In Jarvis, the court has confronted one of the many pernicious ways in which technology can be used to violate women and girls, and its response involves a robust recognition of the circumstances in which Canadians’ rights to sexual and bodily privacy will be protected in a rapidly evolving digital world. But as courts, legislators and society work through the knotty and urgent issue of how technology can embolden our society, we are hopeful that future cases and legal responses will also adopt an equality-oriented response to addressing them. 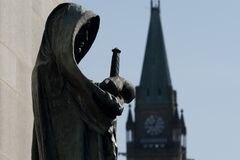