Whatever the dictionary definition of “woman” might read, it’s always been an evolving, contentious term. In 1851, at the Women’s Rights Convention in Ohio, arguments that women shouldn’t be granted the vote because of inherent physical or intellectual weaknesses were shut down by the African-American abolitionist Sojourner Truth.

“I have as much muscle as any man, and can do as much work as any man,” said Truth, who spent the first 29 years of her life enslaved. “I have plowed and reaped and husked and chopped and mowed.” Historians differ on whether she then asked “And ain’t I a woman?” But her point was clear: Womanhood isn’t defined by femininity, race or class.

Frustratingly, U.S. suffragettes ignored this truth, largely abandoning their early support of abolition to pursue the vote for white women only. Which brings us to a related term: “feminist,” also in dispute about what it means, and who gets to claim it.

On Tuesday evening, the Toronto Public Library (TPL) will host a talk by the self-declared feminist Meghan Murphy. Based in Vancouver, Ms. Murphy has earned notoriety through her blog, Feminist Current, on which she regularly declares who is and is not an adult woman with the right to define their own life.

This makes her the latest in a long line of privileged women trying to claim feminism in a way that benefits only themselves. Luckily, there is a concurrent history of truly equity-seeking feminists who see gender analysis as a tool, not a weapon, with which to construct a world where every human can live in dignity.

Sex workers are among the women Ms. Murphy targets in the name of feminism. Ignoring the well-documented, lived experiences of actual workers, she insists on condescendingly proclaiming what’s best for them. Such sidelining will never reduce trafficking, nor provide safety for those who freely engage in the world’s oldest profession.

Ms. Murphy is probably most infamous for her diatribes against trans people: She’s spoken against their human-rights protections in the Parliaments of both Canada and Scotland. Her confusing claim seems to be that sharing protections largely won by non-transgender women with trans and non-binary people somehow dilutes them.

True feminism seeks everyone’s safety. A lack of compassion for an incredibly vulnerable population is incompatible with a movement grounded in equality. Thankfully, Canada passed Bill C-16, which protects gender identity and expression in the Human Rights Code and the Criminal Code.

Ms. Murphy’s defenders say her past statements haven’t violated TPL’s policy against “discrimination, contempt or hatred,” but her language suggests otherwise. She insists on using terms such as “prostitutes” and “aboriginal,” which those communities have rejected, and has referred to trans women’s (assumed) genitalia with rude slang. This is overtly dismissive of human dignity, and certainly seems contemptuous to me.

There have long been attempts to trim the women’s liberation movement of its supposedly tangential fringes. In 1970, the lesbian group Lavender Menace disrupted a women’s conference that had refused to put a gay woman on the speakers list. In 1974, some African-American women formed the Combahee River Collective, in part because mainstream feminism consistently sidelined their issues, such as forced sterilization.

And tensions between groups of cis and trans women have been flaring since at least the 1990s, during debates over attendance policies at the historic Michigan Womyn’s Music Festival.

Such tensions may never be fully resolved, as “woman” has never been a static category – spare me discussions of biology, unless you’ve abandoned your infertile and menopausal loved ones. It encompasses every class, race, ability and walk of life, and not every woman can move beyond her privileges to imagine equality for everyone.

But there have always been attempts to build bridges. Last year, I wrote about my own evolution in affirming trans women as women. And trans author Kai Cheng Thom just wrote a Twitter thread about Ms. Murphy’s talk at TPL, saying she’s read works by those who think trans women are a risk to their communities.

“I believe that most of the conflict between this perspective and that of most trans rights activists comes from a place of real hurt, real trauma,” Ms. Thom wrote, adding that she’d welcome honest dialogue, even if it were painful.

I doubt Ms. Murphy has paid those she criticizes the same respect, let alone compassion. She’d rather make childish lists of who she thinks is and isn’t a woman. Her purported feminism is hollow, made up of fear and meanness rather than a true desire for freedom. 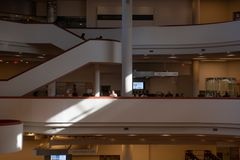 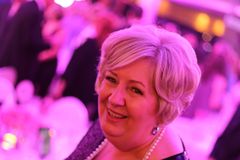 Toronto Public Library under fire over event featuring controversial speaker
October 16, 2019
Follow Denise Balkissoon on Twitter @Balkissoon
Report an error Editorial code of conduct
Due to technical reasons, we have temporarily removed commenting from our articles. We hope to have this fixed soon. Thank you for your patience. If you are looking to give feedback on our new site, please send it along to feedback@globeandmail.com. If you want to write a letter to the editor, please forward to letters@globeandmail.com.
Comments