Joseph Heath
Contributed to The Globe and Mail
Published May 28, 2021 Updated May 29, 2021
Comments
Text Size
Please log in to listen to this story. Also available in French and Mandarin. Log In Create Free Account

Joseph Heath is a professor in the Department of Philosophy at the University of Toronto.

One of the biggest problems in Canadian politics is that large segments of our population seem to think they live in the United States. How else can one explain the fools running around in MAGA hats and holding demonstrations in support of former U.S. president Donald Trump? Sometimes, I feel like I should shake them by the shoulders and shout, “You live in Canada!”

Unfortunately, I am beginning to feel the same way toward people who talk about “BIPOC issues,” as though it were normal for Canadians to use that expression. After all, BIPOC (“Black, Indigenous and People of Color”) is an acronym developed in the U.S. to discuss domestic race relations, just as BAME (“Black, Asian and Minority Ethnic”) is used in Britain.

Rather than developing our own acronym to reflect the reality of race relations and multiculturalism in Canada, far too many people have chosen just to use the American term. This cognitive capture by American social-justice discourse is, in many ways, just a left-wing version of what’s been happening with MAGA on the right.

All three components of the acronym, B, I and POC, are problematic in a Canadian context. Let’s start with “Black.” In the United States, there is good reason to put the B first, because Black people are by far the most important minority group in that country, making up more than 12 per cent of the population. Furthermore, as descendants of slavery, most can trace their ancestry in the U.S. back hundreds of years.

The situation in Canada is quite different. When I was born, in the 1960s, Black Canadians made up 0.2 per cent of the population. This number has grown to more than 3.5 per cent today, but the consequence is that the Black population in Canada consists almost entirely of immigrants and their immediate descendants. Furthermore, Black Canadians are not the largest group of recent immigrants, as they are outnumbered by both people of South Asian and East Asian ancestry.

Because of their distinctive history in the U.S., it makes sense to treat Black people as a separate category in that country. And because of their demographics, it may make some sense to put them before Indigenous people, who make up only 1.6 per cent of the U.S. population. In Canada, however, where Indigenous people make up almost 5 per cent of the population, it makes no sense at all to put the B before the I, or even to treat Black people as a separate category from other ethnic groups. Indeed, it is in many ways offensive to the distinctive status of Indigenous peoples in Canada to put the B first. From the perspective of many Indigenous people, the Black population of Canada are settlers, just like white Canadians – that is, part and parcel of the continuing colonial project.

As far as discrimination is concerned, comparative victimization claims are difficult to assess, but only someone who was confused about the differences between American and Canadian history could think that the suffering of Black Canadians outranks that of Indigenous peoples.

This brings us to the “POC” part of the acronym. This is slightly less important, but the term traditionally used in Canada is “visible minority.” And apart from being American, “person of colour” is not very popular among those it used to describe.

Finally, it is worth noting that the largest group of people in this country who were victimized by British colonialism, subjugated and incorporated into confederation by force, are French Canadians. This is why the status of the French language has served as the major flashpoint for conflict over minority rights in this country.

And so, if there is the need for an acronym to identify the most important minority groups in Canada, I would propose “FIVM”: Francophone, Indigenous and Visible Minority.

For all those who have enthusiastically adopted the BIPOC acronym – along with the American habit of analyzing social conflict through a racial lens – it is worth keeping in mind that the U.S. approach to race relations has been a recipe for conflict. Why anyone would want to import this way of thinking into Canada is a mystery to me. When people around the world look for models of pluralist integration to emulate, Canada’s federalism and multiculturalism policies are generally pointed to as among the most successful.

An important feature of these policies, traditionally, is that Canada has not sought to racialize what amount to ethnic differences among peoples. The idea that a recent immigrant from Ethiopia has something important in common with a descendant of African slaves whose ancestors have been on this continent for 300 years is not just a fiction – it is pernicious misrepresentation. Even the suggestion that all Black communities here face the same racism is likely to obscure more than it reveals.

The idea that we should continue with the failed American BIPOC model instead of using the far more appropriate FIVM acronym is difficult to understand – except as a consequence of American cultural imperialism. How else could anyone get the wild idea that it might advance the cause of social justice to import American racial politics? 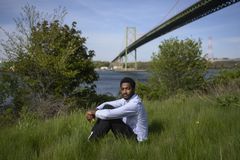 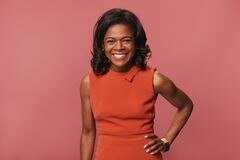