There is a wave of protests that is spreading around the world. While there are similarities, the Lebanese “revolution” – as the protesters like to call it – seems to be in a genre of its own. The demonstrations have been described as jubilant, but behind this happy exterior there is a real struggle, serious demands and a potentially transformative mobilization, even if not all the demands are met.

The Lebanese economy has been in a free fall, recording a government debt equivalent to 152 per cent of the GDP. Clientelism and corruption are rampant, public services are lacking and unemployment rates are increasing. This happens at a time when the cost of living is high, and more austerity measures are expected as the government tries to reduce the deficit and enact economic reform to unlock billions of dollars in soft loans from international donors.

On Oct. 17, many people had enough. The protests started in response to new proposed taxes and then spread throughout the country, growing exponentially to become the biggest in Lebanese history. The demands are purely internal, and directed squarely at the political establishment.

These include not only the resignation of the government (which collapsed on Oct. 29), the appointment of a technocrat government and an early parliamentary elections, but also holding all politicians accountable. Their mobilization today is a potentially transformative revolution for several reasons.

First, it is the most powerful manifestation of national reconciliation since the end of the Lebanese civil war in 1990. Lebanese citizens from all sects have joined forces against the political establishment, waving only the Lebanese flag, chanting patriotic songs and emphasizing their unity.

The protests have not been confined to Beirut, the most religiously diverse city in Lebanon, but have spread to more monolithic regions, such as Tripoli (Sunni), Nabatieh (Shia), Jal al-Deeb (Christian) and Aley (Druze). Spontaneous symbolic gestures of solidarity between the squares and citizens joining each other’s demonstrations have become another feature of the revolution. In addition, the sight of the protest in al-Nour square in Tripoli, dubbed “the bride of the revolution,” shattered the common misconception that the second biggest city in Lebanon is a place for Sunni extremists.

Second, in a country in which sectarianism and loyalty to the leader run deep, having a nationwide, spontaneous and leaderless revolution is unprecedented. Huge protests have erupted in areas that are considered strongholds for the main leaders in Lebanon, including Baalbak and Nabatieh, Hezbollah’s strongholds. The protesters, who are calling for the downfall of the sectarian system, seem determined not to allow any political leader to speak on their behalf, marching under the banner of killon ye’ni killon (all means all of them), since politicians from all sects should be held accountable for corruption.

Third, the leadership role of women has been powerful. The picture of a Lebanese woman kicking an armed guard in the groin to stop him from firing at protesters became one of the first symbols of the revolution. In fact, women have constituted the heart of the revolution, leading the chants, building tents, blocking roads and often forming the first line of defence that separates the army from the rest of the protesters.

Finally, the revolution has demonstrated to the youth of Lebanon that their voice matters. More than 40 per cent of the population in Lebanon is under the age of 24, meaning they never experienced the civil war, and thus are largely unresponsive to sectarian fearmongering about igniting a new internal conflict. They have shattered the wall of fear that prevented them from speaking truth to power. They have seen that their peaceful messaging, their ability so far to avoid falling into the sectarian trap and their various evolving and peaceful strategies have been successful in keeping the pressure on politicians. Their revolution, which has included organizing massive demonstrations, road blockage, targeted sit-ins, women’s marches and massive student walkouts, has special attributes. It has featured not only recycling initiatives and cleaning campaigns, but also vibrant educational discussion sessions in the squares to diffuse fearmongering and to help people understand the political, legal and economic situation in the country.

There is no doubt that the Lebanese Revolution is facing an uphill battle, at a time when the country is at the verge of economic collapse. Yet, the Lebanese protesters today are alert, filled with hope, pride and a determination to build the country. There is no doubt that their mobilization has started a national awakening among citizens of all ages, that will not be easily reversed. 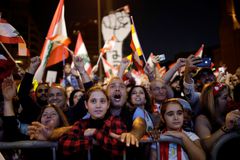 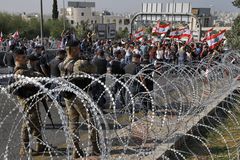 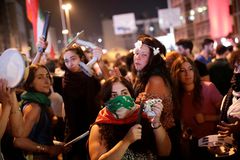