Mark Entwistle is a former Canadian ambassador to Cuba and currently adviser to American and other corporations on business in Cuba.

The government of the United States has again put Cuba in its crosshairs. And Canada as well.

The United States has already had in place for decades one of the most comprehensive and aggressive trade and investment embargoes in economic history against Cuba. But, unlike the global sanctions aimed at dislodging the apartheid regime in South Africa in the mid-1980s, this embargo is wholly unilateral. Its origins lie partly in the historic dynamics of American presidential politics and partly in an obsession in some circles about a mythical existential threat posed by the developing Caribbean island nation.

The administration of President Donald Trump, by implementing Title III of the Helms-Burton Act, has now decided to take the U.S. embargo to a place that had been avoided for the past 23 years by successive U.S. presidents for various sound reasons.

The Helms-Burton Act is one of the legal pillars of the U.S. embargo. A section of that law, Title III, allows entities and individuals to launch lawsuits in U.S. federal courts against foreign companies accused of the ill-defined crime of “trafficking” in property confiscated in the early 1960s by the new revolutionary Cuban government. Title III allows claims made by individuals who were Cuban citizens at the time of expropriation, claims that are not recognized under international law in the same way as certified claims of entities and individuals who were U.S. nationals at the time of expropriation. This is a messy legal swamp. It is this section that had been suspended until now by presidents Bill Clinton, George W. Bush, Barack Obama and Mr. Trump himself.

The original drafters of Helms-Burton never imagined that American companies would be conducting business in Cuba. But, as a result of the historic engagement launched in December, 2014, by Mr. Obama, then-U.S. president, and Raul Castro, then-Cuban president, there are probably a dozen U.S. corporations doing authorized business in Cuba at this time. Ironically, implementation of Title III contradicts traditional Republican dogma that the free market will eventually and correctly sort out all problems.

A common criticism of the U.S. embargo, and especially Title III, from friends and allies of the United States, such as Canada, has been that it seeks to impose American domestic law on other countries. This extraterritoriality violates basic sovereignty, that same idea of sovereignty that was supposed to be the cornerstone of the Trump doctrine in foreign policy as expressed to the world at the United Nations in September, 2017. Other arguments about the importance of a rules-based global trading system without such unilateral political distortions doubtless fell on deaf ears in a U.S. administration that does not seem to believe in the World Trade Organization and, presumably, such concepts.

Extraterritoriality is effectively an attempt to off-load responsibility to third parties and internationalize what is and should be a bilateral issue between the United States and Cuba. Other countries, including Canada, long ago dealt with their claims for compensation for property expropriated at the time of the Cuban Revolution. The crucial importance of Mr. Obama’s initiative was to choose bilateralism for the first time as the correct process through which to resolve directly various matters with Cuba, including the claims for compensation. In fact, both countries already had several preliminary discussions in a working group on claims and there are dozens of precedents in international law for the state-to-state settlement of claims.

A number of Canadian companies engaged in lawful and legitimate business in Cuba could be harmed by this decision in at least two ways. Either as a target of a lawsuit with the business costs that implies, or increased challenges in arranging financing in capital markets wary of being trapped in expensive lawsuits no matter how potentially specious and dubious.

The core objective of the U.S. embargo as a belligerent instrument of economic pressure can be nothing but regime change in Cuba. Title III of Helms-Burton is intended less to allow holders of certified claims for compensation to try to achieve some indirect settlement, but explicitly to wreak havoc on the economy of another sovereign state of the Americas. And by holding hostage the private sectors of the United States itself, Canada, Europe, Mexico, Japan and others, and doing actual harm to the Cuban people themselves, along the way. 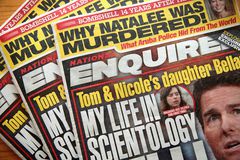 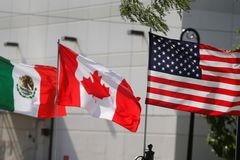 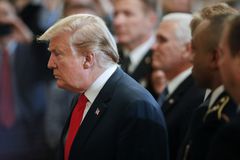