If you aren’t already suffering from impeachment fatigue – as much of America already is – you may have noticed that the House Judiciary Committee voted to advance two articles of impeachment against President Donald Trump today.

For such a historic vote, it was a predictably partisan yawner. To distract from it, the administration had a finely timed announcement that it had reached an initial trade agreement with China. Last week, at the same time the articles of impeachment against Mr. Trump were revealed, it announced an agreement on the USMCA.

Making impeachment proceedings look like no big deal is no easy thing, but the Trump team knows how to create diversions and it is being significantly helped by the intensely polarized political climate. Everything has been reduced to trench warfare in this country. And no one is moving from their ditches.

By February, there’s a good chance everyone will have moved on. And if present polling in battleground states is any indication, Mr. Trump may well have actually benefited from his alleged malfeasance.

In trying to defend Mr. Trump against charges of abuse of power and obstruction of Congress in his dealings with the government of Ukraine, Republicans faced terrible odds. But by creating the diversions, by fostering alternative realities, by smearing opponents and defying truth by sheer bluster, they‘ve been able to maintain the loyalty of their forces.

Typifying their flim-flammery has been the work of witness-slayer Jim Jordan, the shirt-sleeved Trump toady from Ohio whose claim to fame before descending on Washington was a wrestling career during which he won 150 bouts and lost one.

In his initial years, Mr. Jordan was held in low regard in the party, cast as one of the dunderheads on the far right. Former house speaker John Boehner referred to him as “a legislative terrorist” from the party’s fringe.

Under Trumpian populism, though, fringe elements have come to the fore. Disruptors are in vogue, do-gooders in retreat. Mr. Trump loves Mr. Jordan. How could he not? The President is accused of thousands of lies and misleading statements. Mr. Jordan said in the spring he’d never heard Mr. Trump tell one.

At the hearings it was thought that the Republicans might admit to some wrongdoing by the President, but argue that it did not constitute grounds for impeachment. Fine minds can agree or disagree on that. But with legislators like Mr. Jordan leading the charge, they went so far as to argue the President committed no offence.

Not a single GOP Judiciary Committee member was willing to concede there was anything wrong with Mr. Trump’s demand that Ukraine pursue an investigation of Joe and Hunter Biden if it wanted delivery of nearly US$400-million in defence materials.

That assumes a lot of blindness on the part of the public, at least the Republican half – but it has not been a faulty assumption.

Mr. Jordan, who is effective as an inquisitor with his aggressive pounding cadence, has tried to make the case that the impeachment process is “rigged.”

In a fundraising letter Thursday – I somehow got on his list as a potential contributor – he called his opponents “crooks.”

He sounded a bit stressed. “Lawrence, I need to raise [US]$25,615 in the next 48 hours,” he wrote, having recently set a goal of US$100,000. I somehow restrained myself from reaching for my pocketbook and read on. “As a vocal defender of the President and the TRUTH: I have become THE top target for the radical left in next fall’s election.” After pillorying the media and Hollywood, Mr. Jordan wrote that he needed the money so "I can continue exposing the radical left for the crooks that they are!”

Calling the other side crooks is straight out of Mr. Trump’s flip-the-script playbook. Oftentimes, when he is accused of something, Mr. Trump accuses the accuser of something worse.

With the impeachment exercise precooked, the Grand Old Party could have spared everyone the charade of their committee performance. While the hearings were going on, Senate Majority Leader Mitch McConnell was deliberating on how to quickly dispense with the impeachment matter once it is referred to him. Gaining favour in the party was a plan to call an impeachment vote without even calling witnesses for testimony.

That would put the capper on an exercise that has been a partisan sham.

Opinion
Democrats risk it all on a wobbly impeachment strategy
Subscriber content
December 12, 2019 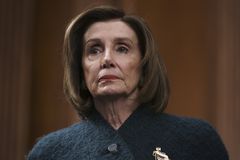 Why Democrats won’t succeed in impeaching Trump – and why they have no choice but to try
December 6, 2019 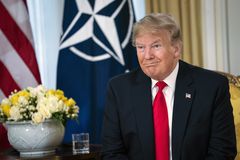 Opinion
The silver lining in the impeachment hearings: Ukraine has emerged as a state worth supporting
November 26, 2019 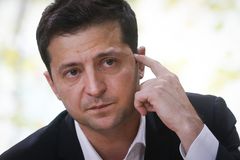