Charles Burton is associate professor of political science at Brock University in St. Catharines, Ont., senior fellow at the Macdonald-Laurier Institute’s Centre for Advancing Canada’s Interests Abroad and former counsellor at the Canadian embassy in Beijing

Night after night, tear gas and rubber bullets from police continue to be answered with petrol bombs, barricades and destruction of public property by the more militant elements among thousands of mostly young people taking to the streets of Hong Kong.

The Hong Kong government’s humbling climb-down last week in withdrawing the proposed law did not stop the unrest.

Protesters now demand an independent inquiry into police brutality against protesters and amnesty for the 1,200 arrested so far. They also want authorities to stop characterizing the demonstrations as “a riot" and – last but not least – demand free elections for Hong Kong’s chief executive. They must know in their hearts they’re unlikely to get any of it, but their principle is undiminished.

Beijing attributes the Hong Kong uprising to political instigation by “hostile foreign forces.” Dubious as this may seem to many in the West, several of my Communist Party-member friends in China are convinced this is so, citing video of a megaphone-wielding Caucasian woman imploring the protesters. They believe the protests are orchestrated by the U.S. Central Intelligence Agency through the U.S. Consulate in Hong Kong, all part of a grand plan to weaken China, inhibit its rise to power through the continuing trade war and, ultimately, foment a revolution to bring down the party.

Chinese authorities initially tried to squelch the movement with intimidation: criminal triad thugs with bats beating up spindly protesters and menacing news video of military exercises near Hong Kong’s border. When that only inflamed public anger, the regime began attributing the protests to the underlying reality of polarization of wealth and poverty and inadequate housing for the middle class, which it vowed to address.

There is some basis in this interpretation. Since the British left in 1997, Hong Kong has become increasingly characterized by mainland corruption, Communist Party business tycoon-associated elite privilege and the unaccountable, non-transparent exercise of arbitrary political rule – including suppressing Hong Kong’s previously irrepressible media.

Chinese mainland-media commentators blame the civics education in Hong Kong school curricula as a key in spreading liberal values. This is also plausible, given that China’s state ideology vehemently denies the existence of universal human values such as those identified in the United Nations’ Universal Declaration of Human Rights, or Canada’s Charter of Rights and Freedoms. Unlike in the People’s Republic of China, the culture of Hong Kong is deeply ingrained with moral principles of fairness, honesty, reciprocity, equal dignity and tolerance of diversity.

Chinese authorities have been incensed by protesters tearing down China flags, splattering ink on the national emblem on the PRC Liaison Office in Hong Kong and painting the slogan “Hong Kong is not China” on downtown walls. But the protesters are clear that only a tiny minority aspire to an independent Republic of Hong Kong city-state. For most people, a key flashpoint is the Chinese Communist Party’s assertion that its regime is indistinguishable from the entire Chinese nation. This has profoundly alienated both Hong Kong and Taiwan residents from their self-identification as “Chinese.” To them, being Chinese does not mean identifying with the foreign and domestic policies of the Communist Party of China. If being Chinese means affirming the Communist Party’s perversion of traditional Chinese civilizational norms, they don’t want to be a part of it.

With the battle cry of “restore Hong Kong’s glory, the revolution of our times,” the continuing protests are a quixotic Cantonese cri de coeur, from a Chinese city that yearns to stave off its creeping and almost certain full subordination to the Mandarin dictates of the Chinese Communist Party.

This is a bittersweet moment in the history of Hong Kong. The emotional furor may just fade away or it could end horribly in violence. In Canada, meanwhile, our government’s milquetoast response to these events is yet another expression of our shameful loss of national vitality in international affairs. 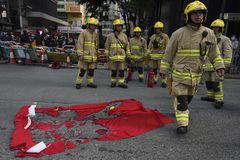 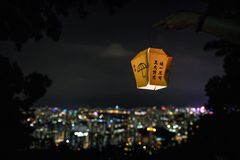