MJ Banias is a Winnipeg-based journalist and the author of The UFO People: A Curious Culture. Follow MJ on Twitter @mjbanias.

In April, 2019, a Sunwing airliner was on approach into Toronto’s Pearson International Airport when it was ordered by air traffic control operators to climb in altitude because an unknown aircraft had entered into its flight path. The Sunwing pilots reported that the “target appeared momentarily to them then disappeared.” Two months later, in June, an airliner on final approach to the St. Hubert airport near Montreal was notified by air traffic control of “unidentified traffic.” The airliner’s collision avoidance system confirmed the object was roughly 3.5 nautical miles ahead of the aircraft and climbing in altitude to 2,700 feet. The pilots eventually made visual contact as the object continued to gain altitude and crossed into controlled airspace without radio contact or clearance from air traffic control. A month later, air traffic controllers in Langley, B.C., reported to Transport Canada that “radar targets were coasting in and out to the Northwest (NW) of the airport” and “Random targets popping up, radar tags swapping, targets jumping to random locations.”

The recently released 2019 Canadian UFO Survey indicates Canadians see about two or three unidentified flying objects a day, and while many will laugh UFOs off as being a silly fringe delusion, several sighting events reported to Transport Canada present in the 2019 survey, such as those outlined above, involve pilots coming into close proximity with unknown aerial objects, and indicate a clear risk to air safety. While the U.S. government is actively investigating UFO reports and Congress is calling for more public oversight on unknown aerial incursions, the Canadian government seems to be doing nothing.

It is easy to dismiss UFOs, or as they are called today, unidentified aerial phenomena (UAP). Nearly a century of mass media has turned a curious phenomenon into a tinfoil hat-wearing enterprise filled with extraterrestrials, martian invasions and far-future technology. It is unlikely that pilots are being harassed by pop culture aliens in flying saucers. However, our southern neighbours seem to be concerned with the fact that something is zipping around North American airspace and no one seems to know how to deal with it.

A recent congressional report indicates that the U.S. Office of Naval Intelligence has an active task force that investigates incursions of UAP into U.S. airspace. Recently, Senator Marco Rubio, who chairs the Senate intelligence committee, introduced a congressional bill giving this intelligence-gathering operation 180 days to disclose its findings regarding these incursions. The Americans seem to consider this an important issue that needs more attention.

Canadian science writer and researcher Chris Rutkowski, who diligently collects nearly all of Canada’s UAP reports from civilian research organizations and those reported to Transport Canada, told me that Canada is experiencing a “possible public safety issue.” While Canada has had 849 reports in 2019, somewhat lower than the usual yearly average, Mr. Rutkowski disclosed that a more in-depth look into Transport Canada’s Civil Aviation Daily Occurrence Reporting System, known as CADORS, seems to portray that pilots have been reporting unknown objects frequently within Canadian airspace for decades. While many of those sightings can be attributed to misidentification or commercial drones and quadcopters, some reports defy prosaic phenomena.

One 2012 air incident report indicates that a Chinese Eastern Airlines Airbus was flying over Alberta when the pilot spotted an unknown object 40 nautical miles to the south, at 41,000 feet. Most commercial drones cannot even get close to that kind of altitude. Another incident in 2015 occurred over Saskatoon’s international airport, where the pilot notified air traffic control that they witnessed a bright white light above their aircraft at roughly 34,000 feet. Two flight attendants were injured in 2016 when a Porter flight landing in Toronto nearly collided with an unknown object over Lake Ontario at 9,000 feet. The Transportation Safety Board was unable to identify what caused the incident. In 2019, several aircraft over the vicinity of Medicine Hat reported multiple unidentified objects above their aircraft. In September, 2019, at roughly 2:00 p.m. EST, an unidentified aircraft buzzed the Kitchener/Waterloo radar control zone at 2,100 feet without clearance. Several other similar cases have occurred over the past decade. These incidents beg an important question: What is the Canadian government doing about them? Seemingly, very little.

“We have no idea if UFO reports are investigated,” explained Mr. Rutkowski. Transport Canada investigates air incidents, such as near misses or crashes. However, when pilots witness unknown aerial objects and radar operators are unable to identify them, Transport Canada told me that cases such as these are considered “only advisory” and “not investigated.” Transport Canada explained that all sightings or encounters concerning unknown aircraft are under the jurisdiction of Nav Canada.

When pilots witness “unidentified flying objects,” they are requested to make “aviation occurrence” reports to the regional Flight Information Centre in “the interests of national security,” according to regulations published by Nav Canada, a private non-profit organization that handles all Canadian air navigation services. These reports are known as “Communication Instructions for Reporting Vital Intelligence Sightings.” In an e-mail, Nav Canada’s media relations manager Brian Boudreau said examples would include “sightings of aircraft violating operating parameters, unidentified aircraft, unauthorized aircraft or any activity that may impact flight safety or pose a security threat.”

Depending on the details of the incident, Nav Canada may send a report to the Department of National Defence, the North American Aerospace Defence Command (NORAD), Transport Canada or the American Federal Aviation Administration.

A spokesperson from the Department of National Defence said all reports of unknown aerial vehicles are reported via Nav Canada’s procedure, including sighting reports made by military personnel. In a dizzying turn of double-speak, although Nav Canada collects UFO reports to assess potential security threats, an e-mail from the DND read:

"We wouldn't really comment on speculative matters such as this. The Canadian Armed Forces concerns itself with credible threats, and this falls outside the scope of our operations."

In an attempt to gain more answers, this journalist filed a formal Access to Information Request concerning access to all reports involving “incursions made by foreign unknown aircraft” into Canadian airspace for the past two decades. “Speculative matters” aside, the DND responded that it “neither confirms or denies records exist …” and that “if documentation did exist, it is exempted in its entirety” from Access to Information Requests owing to national defence.

“The government was mostly uninterested in UFOs; they really wanted the whole thing just to go away,” explained Matthew Hayes in an interview. Dr. Hayes is a filmmaker and researcher whose 2019 PhD dissertation, “A History of Canada’s UFO Investigation, 1950-1995,” stated that while some individuals within the government take the issue seriously, “most efforts were put toward debunking the subject.”

Dr. Hayes was not surprised by the military’s response to my UAP question. In 2017, a DND spokesperson sent the CBC an image of a flying saucer when responding to their press query concerning the phenomenon.

“There were many attempts over the years and decades to ignore the UFO phenomenon and requests for information about UFOs, as something outside the scope of the department or agency,” Dr. Hayes stated.

The U.S. military has publicly admitted that unknown aerial objects are making incursions into sovereign airspace. In 2017, begrudgingly, it was forced to provide three pieces of video footage of unknown objects filmed by naval aviators piloting F-18 Super Hornets. They were attempting, albeit unsuccessfully, to engage these aircraft. The U.S. Navy has also changed its policies for its personnel and is moving to reduce the stigma around reporting sightings of unidentified aerial phenomena. Jokes over aliens and flying saucers do not seem to be on their minds when their best pilots and aircraft cannot keep up with whatever these unidentified aircraft are. The concern is far more severe. American politicians and intelligence experts have publicly expressed their opinions that a foreign adversary may have developed a superior system of propulsion or technology that can trick complicated radar and video recording systems. Alternatively, this phenomenon may be something else entirely. Regardless, the United States is taking this issue seriously. Looking into the various assortment of reports present in the CADORS flight safety system indicates Canada ought to take it seriously as well.

“In the past, the Canadian government has certainly tried to take its lead from the U.S. when it comes to UFO information,” Dr. Hayes explained. “There are several documented instances of minutes from committee meetings, or interdepartmental memos, of Canadian officials uncertain about what to do, and deciding to wait to see what the Americans do.”

Mr. Rutkowski said that while Canada has seen a reduction in sightings in 2019, 2020 has seen a dramatic increase in the first few months. While the various Canadian governmental agencies attempt to make light of unidentified aerial phenomena, the data indicate this issue is not going away. Perhaps now that the U.S. is beginning to look at the issue of UAP more seriously, Canada will follow suit. Governments and militaries are not comfortable with unknowns. They are potential threats to a nation. When the role of the government and the military is to protect that nation, pretending something does not exist is more politically palatable than admitting there has been an intelligence failure.

That being said, if anything can be drawn from the Department of National Defence’s response to inquiries regarding this subject, perhaps they do not consider the implications of unknown aircraft making incursions into Canadian airspace as being a “credible threat.” 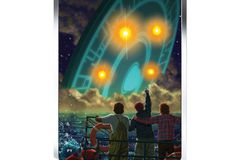 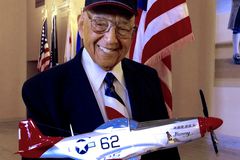 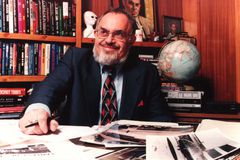 Opinion
Is anyone out there? Why exploring alien life is no longer a laughing matter
February 9, 2019 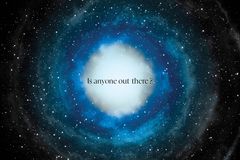