Adam Kassam is a resident physician who writes about health care, public policy and international affairs.

My public high school in Toronto had never sent a student to the Ivy League, when I declared my interest to apply to schools in the United States. In fact, when I did so, my career counsellor wasn’t just dismissive – he openly questioned my patriotism in front of my peers. His one-sentence letter of recommendation – a red flag for any application – spoke volumes about his interest in my future.

This administrative hostility is what led me to enlist the help of a family friend whose son went to the Ivy League and had provided freelance services to other students. These types of consultants are ubiquitous among private high schools – even here in Canada. The whole point of sending your child to an expensive high school, after all, is to have a leg up in the admissions process.

I’m not sure I would have been able to navigate this convoluted world on my own. I didn’t have the luxury of being part of a feeder school system or sums of disposable cash to grease the wheels.

But I did wind up attending three Ivy League schools with legacy frameworks. And I do know that going through the process once made the experience much less opaque for my sister, who then also attended the same college. That’s how quickly the systemic problems throw you into a cycle: I went from being the first member of my family to graduate from college, to having my sibling potentially benefit from legacy admissions.

So while the allegations levelled on Tuesday against wealthy parents whom the FBI claim have paid millions of dollars in bribes to ensure their children would be admitted to elite U.S. colleges were shocking, they frankly should come as no surprise.

This sort of thing has likely been happening for decades, especially in other manifestations that are entirely legal. Tax-deductible philanthropic giving is a long-practised tradition at Ivy League schools. What better way to convince an institution about your family’s commitment than by donating millions of dollars to help build that desperately needed chemistry lab?

And while U.S. colleges garner attention, the same privilege exists on Canadian campuses. Indeed, with fewer schools and larger numbers of alumni, it’s likely that legacy rates at Canadian universities are much higher than the reported ones in the United States.

This information should be publicly available, given that our universities receive staggering amounts of taxpayer dollars. However, the lack of desire in sharing or even collecting this type of demographic data is widespread. In fact, Universities Canada only recently declared it would publish diversity data – information that had been collected for some time but was never publicized and was far from comprehensive.

This legacy privilege is also known to be an extremely powerful force in other corridors of higher education, including medicine. Medical-school admissions rely on a foundation of strong grades and MCAT exam scores of students. However, this is widely accepted as the minimum requirement, which is usually achieved by more students than there are spots.

The “well-rounded” applicant, therefore, has additional attributes including a strong research, volunteering and advocacy background. In many cases, though, these opportunities are facilitated by a network of well-connected family contacts. And so, while medical schools often claim that they are a meritocracy, it’s not a coincidence that many of those students are the children of physicians or other privileged members of society.

Observers of the ongoing story will lament the rise of corruption within the college admissions process. But it would be foolish to think that other forms of special access haven’t been hidden in plain sight this whole time.

And here at home, we may find it easy to scoff at the absurdity of legacy benefit as an esoteric American elitism. But we simply lack the consistent and comprehensive data from Canadian universities we’d need to say, with confidence, that we are any different. 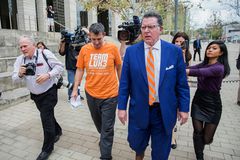 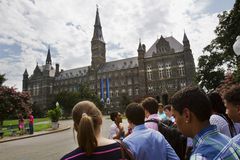