Craig Damian Smith is a senior research associate at the Canada Excellence Research Chair in Migration and Integration at Ryerson University.

Immigration was largely absent from the U.S. presidential campaign until the final debate. The short exchange highlighted the chasm between the Biden and Trump platforms and came a day after reports that lawyers could not locate the deported parents of 545 previously incarcerated children. This grave outcome of “zero tolerance” on the U.S.-Mexico border is but one example of President Donald Trump’s vast and punitive changes to immigration and asylum.

Trump policies have already affected Canada. Increased immigration enforcement, the gutting of the U.S. asylum system and plans to cancel Temporary Protected Status opened the Roxham Road route on the New York-Quebec border, where almost 60,000 people have claimed asylum since 2016. Slashing U.S. refugee resettlement quotas from more than 100,000 in 2016 to 15,000 in 2020 made Canada the world’s top resettlement country. It is also likely that skilled immigrants, entrepreneurs and students considered Canada over the U.S.

Canada may have to reconcile its role as a champion of refugee rights with the fact that its asylum policies are hitched to those of the U.S. In July, the Federal Court struck down the Canada-U.S. Safe Third Country Agreement (STCA) because it subjects asylum seekers to punitive detention in the U.S. Last week the government was granted a stay by arguing that ending the STCA will create a “pull factor” for a surge of asylum seekers. While this argument misses the point about refugees' rights, forecasting and political considerations are warranted.

Though overlooked by advocates, the STCA is predicated on “responsibility (or burden) sharing.” Its preamble stipulates a commitment to equivalent asylum systems and co-operation. More broadly, the norm of responsibility sharing underpins global agreements concerning refugees, recognizing that states have common but differentiated roles in addressing displacement. Poor countries host 85 per cent of the world’s 26 million refugees. Rich countries have a choice between financial support, offering asylum or resettlement. The Trump administration has reneged on all three. In Trumpian terms, there is no deal.

Reforms will not change the fact that immigration judges have resigned or retired early in record numbers. Nor will they immediately bring back the dozens of closed local settlement offices or fill massive vacancies at the U.S. State Department and Citizenship and Immigration Services. More immediately for Canada, Mr. Biden faces a long road to repairing the perception that the U.S. is not a safe destination.

Speculating on the election’s impacts means abandoning simple “push” and “pull” arguments. A growing body of research shows asylum seekers carefully consider destinations based on existing networks, welfare provision and perceptions about long-term safety. We should expect no less given the intergenerational implications of such a decision. Indeed, the STCA’s purpose is to limit what is pejoratively called “asylum shopping” by politicians and pundits whose neoliberal worldview is based on individuals making decisions in their best interests.

States compete to attract the best, brightest and wealthiest immigrants. Conversely, they dissuade refugees by militarizing borders, limiting social supports and the right to work, incarcerating migrants and making asylum more onerous. Mr. Trump’s America leads that race to the bottom. The Trudeau government’s insistence on maintaining the STCA hews dangerously close to joining it. It should instead prepare for what’s to come.

A Trump victory makes more asylum claims likely; it is possible even if Mr. Biden wins. Canada must immediately reconsider whom it lets across the border during the pandemic in the event of a second Trump term. As the Canadian Association of Refugee Lawyers, Amnesty International and experts have argued, letting hockey players and businesspeople cross while barring asylum seekers is wrong. In the longer term, it will mean four more years of reacting to a malign neighbour working to shift the burden, foster a climate of fear of and for immigrants and avoid international responsibility sharing.

A Biden victory would mean shouldering more responsibility while the U.S. repairs its institutions and reputation. For example, hundreds of thousands are trapped in Mexico and Central America because of Mr. Trump’s policies and pandemic border closings. Canada can ease the burden through resettlement while it supports U.S. reforms.

Refugee advocates should admit that ending the STCA will influence mobility decisions. Luckily, Canada has the world’s most developed settlement sector, an increasingly efficient asylum system and a remarkable resistance to anti-immigrant populism. Our resilience and policy options will depend on having a partner in the White House. 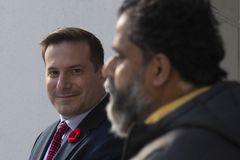 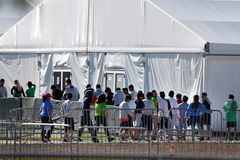 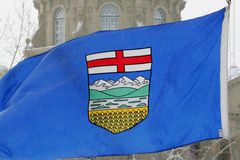