Brahma Chellaney, Professor of Strategic Studies at the New Delhi-based Center for Policy Research and Fellow at the Robert Bosch Academy in Berlin, is the author of several books, including Asian Juggernaut, Water: Asia’s New Battleground, and Water, Peace, and War: Confronting the Global Water Crisis.

China’s coercive expansionism may be taking its most dangerous turn yet. Recently, record-breaking numbers of Chinese military planes have entered Taiwan’s “air defence identification zone,” where the island’s authorities assert the right to demand that aircraft identify themselves. China’s muscle-flexing sends a clear message: It is serious about incorporating the island – and “reunifying” China – potentially by force.

Though the international community has been reluctant to challenge the Chinese claim that Taiwan has “always been” part of China, the claim is dubious, at best, and based on revisionist history. For most of its history, Taiwan was inhabited by non-Chinese peoples – Malayo-Polynesian tribes – and had no relationship with China.

It was not until the 17th century that significant numbers of Chinese began to migrate to Taiwan. The ethnic Chinese population grew to outnumber Taiwanese natives, who were increasingly dispossessed, often violently. During this period, Taiwan came under the Qing Dynasty’s control. But it was not until 1887 that Taiwan was declared a province of China.

Barely eight years later, China ceded Taiwan to Japan in perpetuity, following its defeat in the Sino-Japanese War. Taiwan remained under Japanese colonial rule until 1945 and has been self-governing ever since. In other words, for the last 126 years, Taiwan has been outside China’s lawful control.

Today, Taiwan has all the attributes of a robust independent state, and most Taiwanese want it to stay that way. But Chinese President Xi Jinping appears eager to annex the island – a move which would constitute the biggest threat to world peace in a generation.

Beyond compromising freedom of navigation in a crucial region, it would upend the balance of power in the Indo-Pacific, not least by enabling China to break out of the “first island chain” that encloses China’s coastal seas. It would also irreparably damage the United States’ reputation as a reliable ally. If the United States doesn’t prevent Taiwan’s subjugation, why should anyone else count on its protection?

The risks are particularly acute for Japan, whose southernmost islands are adjacent to Taiwan. Unable to rely on the United States, Japan would likely remilitarize and even acquire nuclear weapons. Other U.S. allies – such as South Korea, the Philippines and Thailand – would likely be brought into China’s sphere of influence.

Yet the United States does not seem particularly committed to preventing the collapse of the half-century-old Asian security order. Successive U.S. administrations have already let him get away with countless expansionist manoeuvres, from Hong Kong to Xinjiang. U.S. President Joe Biden has also recently shift to a more conciliatory approach toward China. This is exactly what Mr. Xi is counting on.

The only thing that would deter China from attempting to recolonize Taiwan would be the knowledge that it would incur high concrete – not just reputational – costs. Mr. Biden must therefore make it crystal clear to Mr. Xi that the United States would mobilize its own military resources to defend Taiwan.

The U.S. Strategic Framework for the Indo-Pacific – a policy document declassified by former president Donald Trump’s administration before leaving office – recommends that the United States help Taiwan develop “asymmetric” capabilities against China. Such a strategy has recently been backed by some former U.S. government and military officials. As retired Admiral James Stavridis puts it, just as a porcupine’s quills protect it from larger predators by making it difficult to digest, weapons like anti-ship and anti-aircraft missiles would turn any invasion of Taiwan into a costly guerrilla campaign.

It is true that bolstering Taiwan’s defences is crucial to avert Chinese amphibious and airborne operations. But even if the U.S. and Taiwanese governments reached an agreement on an asymmetric strategy, it would take several years to build a “porcupine Taiwan” capable of choking the Chinese dragon. This process would include training a large civilian corps to mount sustained guerrilla attacks on invaders.

Until then, in keeping with the central paradox of deterrence, the only way to discourage aggression by a revisionist power is for the status quo power to threaten to go to war. That is how the United States kept West Berlin free throughout the Cold War.

The worst stance the United States could take would be to oppose a Chinese takeover of Taiwan without credibly signalling a genuine willingness to defend the island militarily. Mr. Xi, who has grown accustomed to acting with impunity, would only be emboldened. With that, the Indo-Pacific order would be overturned, dealing a mortal blow to the United States’ global pre-eminence. 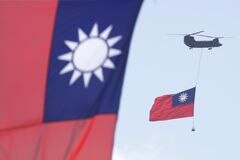 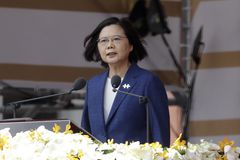 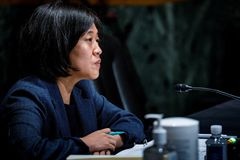