The sight of knee-deep brackish waters sluicing across the palazzi and piazzas of Venice is a dark reminder of unfinished business. The worst tidal floods the canal city has experienced since 1966, when tides destroyed half its treasures, remind us how much still needs to be done to protect our population centres against a changing climate.

For me, it was a reminder of a day a dozen years ago when, after wending through a maze of canals in a water taxi, I was greeted by a porter on the hotel’s front dock holding up a pair of knee-high rubber boots, so I could wade across the lobby to the reception desk.

I was there to examine Italy’s most expensive engineering project, known popularly as Moses and formally as the Experimental Electromechanical Module (MOSE). The mouth of the lagoon was filled with towering booms, shiploads of concrete and hundreds of workers assembling an underwater structure that, when completed, would send 78 heavy gates plunging above the surface whenever tide levels rose, isolating the lagoon from the Adriatic Sea and keeping its surface at a safe level.

Even then, Moses was attracting interest far beyond the Adriatic. Its design would theoretically protect Venice not just against tidal floods, but against the more permanent sea-level increases that will result in coming decades from climate change.

Many coastal cities on every continent will soon need to invest in such defences – just part of the huge investment required to prepare their cities, farms and infrastructure for the effects of a changing climate.

To date, the only cities fully protected against such increases are London, whose gargantuan Thames Barrier has been in place since 1982, and Rotterdam, whose Rhine barrier opened in 1997. Both were megaprojects that cost close to a billion dollars.

Italians had been talking about a similar barrier since the aftermath of the 1966 flood devastation, and had spent the 1980s drawing up plans for the Moses infrastructure. For very Italian reasons, construction did not begin until 2003. In 2007, when I inspected its progress, there had been another year of serious floods. Even on a quiet year, Venice typically has 100 days of flooding. Residents told me that the project’s expected completion date of 2011 could not come soon enough.

Now it is 2019, and Moses is very visibly still not finished. Some say it may take two more years; some say it may never be completely able to cope with the full brunt of flooding. Its total cost will probably be close to €6-billion ($8.8-billion), many decades late.

Those who have a more optimistic view of such climate-adaptation projects point to Rotterdam, whose ocean-rise barrier, the Maeslantkering gate, was finished in less than a decade and cost a tenth what Venice’s Moses has, despite involving a similar scale of planning and construction. Moses was subject to some distinctly Italian problems involving chaotic and corrupt governments and political stasis, so might be a worst-case scenario.

Rotterdam may be closer to an ideal (and the other Dutch cities are close to having barriers complete, along with other European cities such as Saint Petersburg). But we aren’t all going to be Rotterdam, and we should assume that some of the megaprojects we’ll soon be needing will be more like Venice – and thus we should start planning earlier and budgeting higher.

Climate change is going to be expensive – both to reduce emissions so its worst consequences can be avoided, and to protect us against those consequences that do take place. It’ll get more expensive the longer we wait – one recent estimate projects costs of hundreds of billions a year by the 2050s.

Aside from putting barriers around coastal cities, we’ll need to adapt farm-irrigation systems, engineer and deploy hardier new crop varieties, make housing and transportation more resilient to temperature, storm and disaster extremes. That level of investment will not be possible without sustainable economic growth, population growth and robust, well-funded governments.

Ten years ago, the 195 countries that signed the Copenhagen climate accord pledged to direct US$100-billion in public and private funds annually toward funding such climate-adaptation and mitigation projects in poorer countries. To date, nothing near that amount has been pledged any year.

Luckily, this is a good moment to get those investments going. Growth is once again stagnant and interest rates have fallen below zero in many countries, meaning that more prudent governments and central banks are realizing that they need to throw billions into the economy. That makes this a great moment for funding climate-infrastructure megaprojects. To avoid Venice-scale catastrophes in more cities – and more serious humanitarian disasters around the world – we should think about putting some funds and jobs, into plans for a more unstable future that’s approaching quickly. 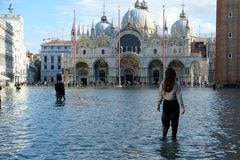 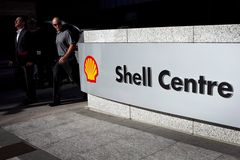