Andrew Fowler is an investigative journalist and former reporter with the Australian Broadcasting Corp. He is the author of Shooting the Messenger: Criminalising Journalism, which recently arrived in bookstores.

Barack Obama’s years in the White House coincided with one of the biggest crackdowns on journalism in the history of the United States. More whistle-blowers were prosecuted during that period than throughout the tenure of all the other presidents combined. Journalists – normally protected by the U.S. Constitution’s first amendment – even faced the prospect of jail.

It seemed it could hardly get worse, but of course it did.

Donald Trump’s attacks on CNN, the Washington Post, and The New York Times, might be written off as the acts of a corrosive and vengeful charlatan, but they cannot be so lightly dismissed. For all of the U.S. President’s bluster, he is now armed with the legislative weaponry largely bequeathed to him by the Obama administration to hunt down whistle-blowers, leakers and journalists. The fact that Mr. Obama backed off prosecuting reporters for failing to reveal their sources was a political decision. Given similar circumstances, Mr. Trump would almost certainly have no reservations. And he has at his disposal to attack the media an array of organisations which have not shirked bending and even breaking the law in the past.

Just half an hour’s drive northeast of Washington, the well-paved dual highway passes a forest before a final line of trees gives way to more open ground. As the road swings round, on the left, looking like a sprawling shopping complex which has outgrown its site, the National Security Agency (NSA) appears. This is the headquarters of the most powerful intelligence-gathering organisation the world has ever seen.

It is the centre of a network that straddles the Earth. From the spy base at Pine Gap with its array of antennas pointing skyward against the sunset red of the Australian outback, to Menwith Hill on the green undulating farmland of Yorkshire in the north of England, the NSA is connected to satellites circling overhead and undersea surveillance systems tapping into transcontinental telephone cables.

Nearly every phone call, e-mail or electronically created signal will at some time end up here, or in one of the data storage bases of the NSA’s sister agencies in Australia, New Zealand, Canada or Britain. Known as the Five Eyes partnership, the intelligence-sharing agreement has its roots in the days of the British Empire.

If you use a telephone or the internet, nowhere on the planet is safe from the prying ears and eyes of the NSA and its sister agencies. Every mobile phone tower, every e-mail, every payment at the supermarket, every digital transaction adds to the profile the NSA is capable of building on every person on Earth. Huge databases scattered across the world log the digital footsteps and fingerprints of us all.

Throughout the Western liberal democracies new laws have given governments greater powers than ever to eavesdrop on the population. The legislation made illegal something which had been normal journalistic practice and made legal intelligence agencies’ activities which had previously been outlawed.

The laws that gave governments such sweeping surveillance powers were introduced ostensibly to track terrorists and reduce the number of attacks. But detailed analysis suggests the so-called anti-terror surveillance laws have not achieved what governments promised. An analysis of 38 terrorist attacks in the West committed since 2001 reveals that three-quarters of them were carried out by people known to the security authorities.

It’s often a question of resources police need to keep watch on individual suspects that leads to a failure to stop them. The money is spent instead on mass surveillance, scooping up tons of information which turns out to be useless in preventing acts of terrorism.

The NSA’s argument that it was necessary to “collect it all” so that the information could then be sifted to find the “needle in the haystack” is well-countered by Edward Snowden: “When you are searching for a needle in a haystack the one thing you don’t do is pour hay on top of it. And that is what bulk-collection mass surveillance does.”

In an interview I conducted with him between Sydney and Moscow, Mr. Snowden painted a graphic picture of the failings of mass surveillance: “You take all of the communications from all the people in the world that you have no reason to believe are valuable, yet you keep throwing them into your data set which you are trying to narrow down to things that are actually valuable. This is the difference between indiscriminate surveillance and targeted surveillance.”

Yet it is this very indiscriminate surveillance which is such a danger to the general public, and particularly journalists, anxious to protect their sources from being disclosed. By collecting huge amounts of electronic information, which is seemingly useless in stopping terrorism, it has another very useful application. Downloaded and stored in sheds the size of football fields in locations as far afield as Britain and Australia, the data can be accessed at the tap of a key to track who has been talking to whom. We are well down the road to trading our privacy for promises of security, even as the facts reveal that the bigger threat doesn’t come from terrorists, but from an out-of-control executive government, the kind that is emerging south of the border. 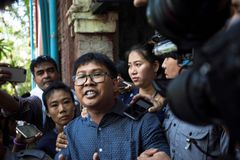 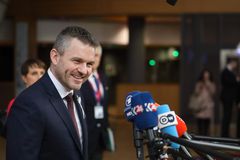 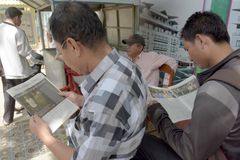