It’s difficult to overstate the enormity of the mistake made by the World Health Organization earlier this week.

“We have a number of reports from countries who are doing very detailed contact tracing,” Maria van Kerkhove, a WHO epidemiologist and COVID-19 technical lead, said during a press conference on Monday. “They’re following asymptomatic cases, they’re following contacts and they’re not finding secondary transmission onward. It’s very rare and much of that is not published in the literature.”

Ms. Van Kerkhove likely didn’t intend in that moment to make a statement that would, in an instant, undermine the unprecedented physical distancing directives adopted by governments across the globe – measures that have forced numerous countries into critical economic distress. But if asymptomatic transmission was indeed “very rare,” as Ms. Van Kerkhove put it, then there was essentially no reason that people who felt well should have been physically distancing this whole time. Nor would there be much reason for seemingly healthy people to continue to do so.

CNBC quickly blasted out what seemed like a bombshell revelation under the headline “Coronavirus patients without symptoms aren’t driving the spread of the virus, the WHO says.” Though the headline would soon be tweaked to include the words “very rare,” it wasn’t until the next day – the equivalent of a lifetime, when misinformation can travel the globe in nanoseconds – that the WHO would properly walk back the statement.

It didn’t account for research suggesting asymptomatic patients account for 40 to 45 per cent of COVID-19 cases, and they have similar viral loads to symptomatic ones. (Transmissibility has been studied less extensively, but models have shown that up to 40 per cent of transmission happens when people don’t have symptoms.) And the statement was hard to reconcile with the WHO’s updated guidelines on masks, released just days earlier, which advised everyone – not just those with symptoms – to start wearing cloth masks in regions where COVID-19 is spreading and where it is difficult to maintain physical distance.

During communication clean-up efforts on Tuesday, Ms. Van Kerkhove appeared somewhat surprised that her remarks from the previous day made the enormous impact that they did. “I was responding to a question at the press conference,” she said. “I wasn’t stating a policy of WHO or anything like that.”

Yet it is a little alarming, three months into a global pandemic, that a WHO spokesperson doesn’t yet appreciate that every sentence uttered by the organization’s experts matters, especially since communication is one of the primary functions of the WHO.

Indeed, the organization’s mandate is one of coordination, policy articulation, technical leadership and research and monitoring. It is not an on-the-ground healthcare provider, but rather, an advisory body tasked with helping to ensure that on-the-ground healthcare providers are well-briefed, properly supplied, and functioning with the best information available. That’s what makes this miscommunication so particularly egregious: the WHO is supposed to be a trusted global source for accurate information about what we know, or don’t, about COVID-19. If it can’t do that properly, where will we look for guidance during coming second waves and global efforts like vaccine coordination and distribution? The WHO is only as useful as the credibility it wields, and that credibility takes a hit with mistakes like this.

The WHO has had other missteps throughout the course of this pandemic, including its early praise of China’s “transparency,” its ongoing opposition to border controls, and its rather belated yield to the efficacy of non-medical masks for the general public. The cumulative risk in all of this is that as the pandemic drags on, many people – and some politicians – will simply tune the organization out, clinging instead to their favoured sources of advice, information and misinformation. After all, these critics may claim, the WHO traffics in misinformation occasionally, too.

There is an essential role to be played by a multinational body during a global emergency like the COVID-19 pandemic. That body, ideally, would be impervious to pressure from member states, would be apolitical in its structure, would be disciplined in focus and message and would not be bogged down by bureaucratic inefficiency. But that is not the reality of the WHO today. This poses a real danger as this global public health crisis drags on. A few mistakes threaten to sully the reputation of an organization that still does vital work. While the WHO’s detractors might cheer, no one should be rooting for an international public health vacuum. 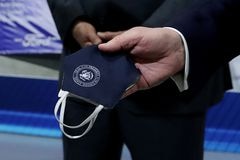 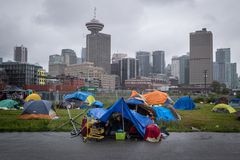 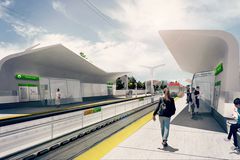