Since the beginning of June, the B.C. Centre for Disease Control has added 31 planes – five of those announced just in the past week – to its COVID-19 public exposure list. That means each of these planes included at least one passenger who had the novel coronavirus – and that anyone on those flights, and anyone who came into contact with them, may have been exposed to it.

It doesn’t take unparalleled imagination to deduce that if this is happening in B.C., it’s happening elsewhere. Despite all the preventive measures airlines have put in place to avoid just such a scenario – the questions that agents ask passengers about their health, the use of temperature guns, the insistence that everyone wears masks – there is no way of making air travel completely safe in these COVID-19 times. If you fly, you fly with the risk of exposure to a disease that could kill you, as well as the risk you could be spreading it to those around you.

These bulletins by B.C.‘s disease control centre are a helpful and responsible public-health initiative, even if the airline industry must hate them. That sector is suffering a cataclysmic downturn in business, and the last thing it needs is the kind of rotten publicity that these advisories bring. Worse, all this comes against a backdrop of growing concern that the virus has found a second wind. According to a Monday tally compiled by Reuters, at least 37 countries around the world reported record-high single-day increases in COVID-19 cases over the week before. And that was nearly double the number from the previous week.

The surge isn’t happening only in the places you might expect – the U.S., Brazil, India – but in countries that had been doing a reasonable job of keeping the virus at bay. These include Australia, Japan, Germany, Hong Kong and Spain, to name a few.

This new swell of cases has prompted some of those countries to enforce new restrictions. Vietnam has put the more than one million residents of popular resort destination Da Nang under lockdown. Hong Kong has banned gatherings of more than two people. Australia has reinstated tight restrictions in areas of the country.

The rise in cases in Spain nudged Britain into issuing an order that all travellers from that country must quarantine for two weeks upon entering the country. Norway and France have also issued new travel warnings, just weeks after Europe was promoting the reopening of tourism. And of course, Canada’s border with the U.S. remains closed to all but essential travel – although it appears many Americans are slipping through every day to holiday up here.

And yet, the World Health Organization continues to suggest that travel bans are not a feasible, long-term option.

Mike Ryan, the WHO’s head of emergency programs, recently said it will be impossible to maintain these border shutdowns in the long run. “Economies have to open up, people have to work, trade has to resume,” he said. “Continuing to keep international borders sealed is not necessarily a sustainable strategy for the world’s economy.”

Given the WHO’s track record with this pandemic, it’s tempting to suggest they may want to just hold their opinion on this issue. But it’s difficult to ignore the conflict in the WHO’s messaging and what is happening on the ground.

I don’t know how a country that is experiencing a new surge of cases can just open its arms to travellers from other countries, especially from countries that are hotbeds of the virus. That would be asking for catastrophe. A majority of Canadians favour keeping border measures with the United States in place for the foreseeable future, likely for just this reason.

While I have enormous sympathy for Mr. Ryan’s position – that world economies are hurting and trade has to resume – it has to resume on reasonable (i.e., safe) terms. Otherwise, you risk creating the kind of chaos we are witnessing in the U.S., where states that did not have the virus under control dropped their restrictions, and are now paying a deadly price for it.

There are many countries that simply will not let that happen, regardless of what the WHO has to say.

Unfortunately, we are in this for the long haul. We are dealing with a monster that will not be easily defeated. By the time it is, the toll it will have taken on the world will be staggering in scope.

That is just the sad, ugly reality. And there’s no flying away from that. 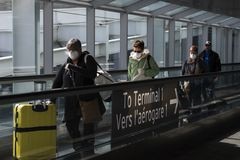 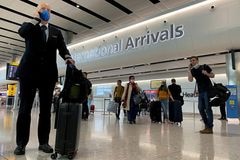 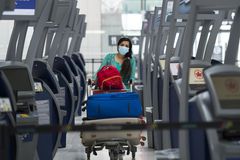