Bernie Sanders, the Vermont senator who now leads the race for the Democratic Party presidential nomination, has surprised Europeans and Canadians as much as he has captivated or shocked U.S. voters. But there’s a big difference between the way Americans view Mr. Sanders and the way he appears to the rest of the Western world.

For Americans, the ascent of Mr. Sanders to front-runner status, and the shaky but real chance that he could win a general election, is an unprecedented political novelty. Never has a top candidate from one of the mainstream parties used the word “socialist” to describe himself. The very phrase “American exceptionalism” exists, in its most famous incarnation, to describe the fact that the United States is unique in that it has never had socialism as a viable governing option.

In the rest of the Western world, Mr. Sanders’s domestic policies appear entirely unexceptional. His political ideas do not resemble socialism at all but rather moderate social democracy of the sort that European countries and Canadian provinces have known for decades. Many of his signature ideas, such as universal medicare and free tuition at state universities, were implemented decades ago in other Western democracies, not only by left-wing parties but by conservatives hoping to steal their thunder. We might find some of his specific proposals a bit flaky and observe that he lacks the congressional nous to turn them into policy, but that’s not our problem.

Our problem is the Sanders approach to the world. His foreign policies stand out – although they are not always what they appear.

The sense many foreigners got from much of Mr. Sanders’s 2016 and current campaign language is that he is a left-wing nationalist determined to cancel or renegotiate international trade agreements in the name of preserving U.S. manufacturing jobs; withdraw from military alliances and engagements in the name of pacifism; and break with the usual circle of U.S. allies to create a left-wing bloc. And some of that appears to be true.

But his political record mostly contradicts that image. Since joining Congress in 1991, he has been a conventional liberal internationalist, willing to use military ends to achieve morally acceptable goals. He backed NATO incursions in Serbia and Kosovo in 1999 and in Afghanistan in 2001 for the same reason everyone else did – to prevent atrocities – and he opposed the Iraq War for the same reason Canada did. He spoke out against the U.S. unilaterally withdrawing its troops from Syria in 2016, because it would strengthen the hands of Syrian President Bashar al-Assad and Russian President Vladimir Putin. He has supported sanctions against Russia and China.

I spoke to Matt Duss, the senator’s foreign policy adviser, and he was eager to portray Mr. Sanders as anything but a protectionist or isolationist. “Any review of the Senator’s speeches and remarks and articles ... makes clear he is committed to a global role for the United States. He thinks it’s absolutely central. I mean, the key challenges of this era, first and foremost climate change, absolutely require serious and robust U.S. engagement with the whole world, but particularly with our closest allies.”

And when I talk to people in moderate European governments and in Canada’s Liberal administration, they point out some potentially exciting things about Mr. Sanders. His approach to the Middle East is a lot closer to the European consensus; he might be better positioned to negotiate a North Korea deal; his denunciation of past U.S. military excesses is welcome.

The sticking point, for many foreign governments, is his approach to trade. He has pledged repeatedly to reopen or cancel NAFTA and other important international agreements he has denounced for decades as harmful to U.S. blue-collar workers.

True, as Mr. Duss says, the senator is not attacking treaties from a protectionist position, but from an effort to build better environmental, labour and human-rights protections into trade. (Some of these were successfully negotiated by Canada last year into the new NAFTA treaty, which Mr. Sanders nevertheless voted against.)

There are a number of Democratic presidential candidates who would be eager to negotiate a new climate deal with the world or a better North American carbon deal with Mexico and Canada or a labour mobility and continental integration deal with Canada. Mr. Sanders is unique in saying he would tear up existing trade treaties in order to do so. Not only are Canadians and Europeans horrified by the prospect of reopening successful treaties yet again, but it is not at all clear that any such renegotiated pacts would survive a congressional vote under Mr. Sanders.

So while a Mr. Sanders-led America would be a vast improvement, it would remain an America that needs to be carefully managed. 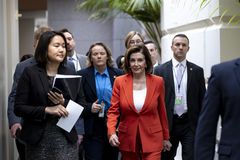 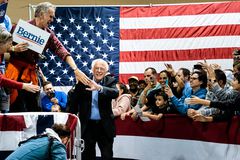 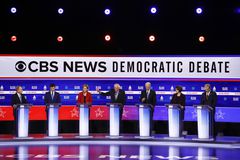