The worst is over. Probably. The Trudeau government survived the Donald Trump administration in 2018. Barely.

But there is likely more madness and mayhem to come, and the frustration for Canadians in dealing with the United States remains. No matter the extent of the provocation, anti-Americanism isn’t an option. The economic ties are too strong.

The year 2018 will go down as the most fractious and belligerent in bilateral relations since Confederation. Yes, there was the upheaval with Kennedy and Diefenbaker in the early 1960s, but that was over defence issues. Their antagonisms didn’t threaten to collapse the very architecture of the relationship – that being the trading regime.

Pierre Trudeau once famously used the analogy of Canada sleeping next to an elephant. He wasn’t trying to demean that fine old mammal. They are friendly enough. But he surely never envisaged his son’s generation having to face up to a pachyderm of today’s dimensions.

No American president ever publicly attacked, belittled or insulted its northern neighbour like Donald Trump. None went to the outrageous extent of citing Canada as a threat to national security to justify imposing stiff tariffs. No president threatened the ruination of the Canadian economy with auto tariffs. None did anything like blow up a summit meeting in a fit of pique as Mr. Trump did at the G7 in Quebec in June.

In 2018 the bilateral bonds of trust nurtured since the 1800s were breached to the point where many Canadians took to boycotting American products. Other allies were treated with a similar degree of scorn and ignorance by the U.S.. But Canada isn't just any other ally.

Because a revised and rather harmless new trade agreement was signed, there may be a tendency to forget and move on. After endless threats to dismantle NAFTA, the USMCA deal was indeed a saving grace. The gullible president got hosed into thinking it was something approaching the overhaul he had demanded. It wasn’t.

But the new deal doesn’t bring down the curtain on cross-border hostilities. For one thing, it still has to be ratified by Congress. Delays and amendments from the newly empowered Democrats could provoke White House havoc.

Moreover, Mr. Trump’s menace extends well beyond trade, as evidenced in Ottawa getting caught up in the Huawei crossfire and being used as a political football in Washington’s wrangle with China. Mr. Trump shows no qualms about exploiting the crisis, and using Canada was a pawn to exact a better trade deal with Beijing.

There is collateral damage, too, from what the nativist Trump presidency does in other domains. He is on the wrong side of history with so many of his prejudices – with respect to his economy, which he is overheating, over-deregulating, over-indebting; with respect to a new nuclear arms race potentially taking shape with Russia; with respect to racially-infused immigration polices; climate change blockheadedness; unilateralist thrusts with Iran; Saudi Arabia; the European Union.

Like many leaders, he is wired to see every decision as a political calculation. His views on Canada aren’t personal. They are business-driven, nativism-driven. In the run-up to the general election, he will throw Canadian interests to the wolves if need be.

With Canadians, he has triggered a wave of well-warranted animosity, even by the likes of Brian Mulroney. Galling for Canadians is that 42 per cent of Americans still support him. It’s a a wake-up call about the direction his country is moving in.

But opposition can only extend so far. Given the dictates of geography, given the imposing degree of economic reliance, given that Canadian hopes of ever being weaned off that dependency is a pipe dream, anti-Americanism is a self-defeating enterprise.

But anti-Trumpism isn’t. Canadians can contribute to the opposition of Trump in a number of ways. By buying less American, as they have done, by encouraging Ottawa’s resolve against his reactionary ways, by political activity of their own south of the border. 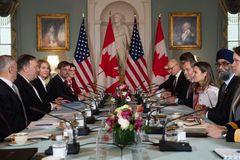 Opinion
The U.S., not China, is the real threat to international rule of law
December 12, 2018 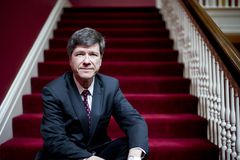 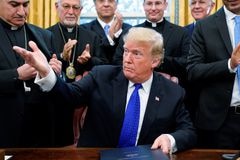