After protesting on the outskirts of India’s capital for two months, hundreds of thousands of Indian farmers entered Delhi on Republic Day. Violent clashes ensued, and while talks between the government and farmers have taken place, the differences between the positions of the two sides suggest that things could be irreconcilable.

The core issue is that Indian agriculture is highly inefficient, resource-intensive and environmentally unsustainable, but also serves as the main source of livelihood for somewhere between 50 per cent and 70 per cent of the country’s population.

At present, India has implemented a minimum support price (MSP) for a number of crops, primarily cereals, which works to ensure food security and to provide farmers with a base price. However, as of now, it delivers neither food security nor farmers’ incomes; India has large supplies of food stocks, and yet poor diets have ensued, with last year’s Global Nutrition Report finding that 34.7 per cent of children under five years old suffer from stunting. Meanwhile, in many states, farmers are forced to sell their crops for well below the MSP, spawning a rentier class of middle-men, extracting profit between the farmer and the consumer.

The Bharatiya Janata Party (BJP) government made a number of changes to this system, the most important of which would enable companies to purchase directly from farmers. Indian agriculture produces significant wastage, owing in part to a lack of cold-storage facilities. Bringing corporate India into agriculture could potentially trigger significant and much-needed investment.

But farmers fear that the government plans to remove the MSP and that they will get a worse deal from the private sector. There is also a long-standing aversion to liberalization, even though two decades of economic growth were triggered by such a shift in the early 1990s. Politicians tend to stoke this thinking, too: when governments propose reforms, opposition parties (including the BJP, when it has been out of power) generally assail them, claiming they’d harm the “common man.”

But there’s a further problem. Typically, when countries industrialize, agriculture workers move into emerging industries, sparking improvements in agricultural productivity since food has to be produced with less labour; manufacturing sector jobs then trigger additional employment in the services sector. But by and large, India has bypassed the industrialization stage, meaning that there are fewer opportunities for those potentially displaced from their agriculture jobs. India does have world-leading capabilities in some high-value sectors, such as pharmaceuticals, and in services sectors, notably IT. But its manufacturing sector is relatively small, and the economy as a whole has undergone what has been described as “jobless growth” over the past couple of decades. Its most successful sectors are capital-intensive, rather than labour-intensive.

The government wants to expand India’s manufacturing sector, but there are reasons why South East and East Asia have fared better in attracting investment, including complex legislation, difficulties in land acquisition and restrictive labour laws. In addition, labour-intensive manufacturing is increasingly under threat globally. This all adds up to a worrying vision of a reformed future for agriculture workers, even if the actual outcome would almost certainly provide a net benefit for India’s economy.

Reforms are also needed to create a more environmentally sustainable system of agriculture. The political importance of the farming vote has resulted in state governments providing subsidized electricity to allow farmers to pump groundwater to arid regions to grow water-intensive crops such as rice. As groundwater levels fall, more electricity is required to pump water from greater depths. In Punjab, for instance, the state’s power corporation reported a debt of more than $5-billion in May, 2019 – the equivalent of almost 5 per cent of the state’s GDP – even as a Punjab government report has suggested that the state would run out of groundwater by 2039. In addition, the overuse of fertilizer is reducing both the yield and the nutritional value of crops.

In light of the protests, the government has already rolled back several key elements of its proposed reforms, including promising to continue to provide farmers free electricity – a primary factor enabling sustainable agriculture practices. It has also pledged not to prosecute farmers who burn the cut stalks of grain plants, which has contributed to Delhi becoming one of the most polluted cities in the world.

But finding a genuine compromise between the government and the farmers will be an enormous challenge if farmers’ concerns about their livelihoods in the immediate term continue to run up against the government’s longer-term objectives to reform and sustainably safeguard India’s agriculture system. 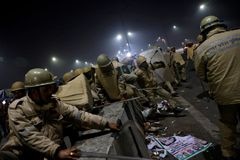 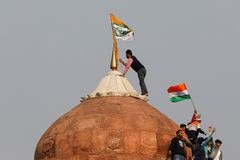 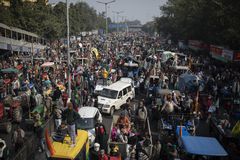