Reyhana Patel is co-author of the report ‘Dis-honourable killings,’ published by Islamic Relief Canada, where she is head of external relations. She’s a former BBC journalist and former writer for the Huffington Post U.K. and The Independent newspaper in the U.K.

When it comes to oxymorons, there are few better examples than the awful notion of “honour killing”.

Although gender-based violence has been justified by reference to cultural notions of honour and shame for a very long time, “honour killing” (or any equivalent expression) has in recent years almost become a statement of equivocation and mitigation when describing an act of horrific violence.

This seems hard to believe – that in our forward-looking world, women and girls continue to suffer from violence committed in the name of honour – but it may still be happening today, here in Canada. According to the federal government, there are currently nine court cases involving behavioural patterns that may suggest murders that have occurred in the name of “honour”. And while the precise scale of honour-based violence in Canada is largely unknown, there are enough reports for us to know that it occurs all too often.

But the problem is complicated, as are its solutions. On Thursday, a report published by Islamic Relief Canada aims to tackle the taboos surrounding “honour killings” and challenge the misguided religious “justifications” for honour-based violence that are often used to perpetuate and mitigate the practice.

Indeed, the idea that honour-based violence can be inspired by Islam and committed disproportionately by Muslims fits in well with negative Islamophobic tropes, and we often see this clearly in unhelpful and sensationalist media coverage of these crimes. The fact that such violence has increasingly become associated with Muslims and other minority groups can leave Canadian Muslims like me in a difficult position. On the one hand, we recognize that honour-based violence occurs within our community. But we also know that in Islam, there is nothing good about any practice which constrains a person’s right to live a safe, happy and fulfilling life.

There are, however, community-based service providers and advocates who are working to untangle this knot and reframe the notion of honour and its manifold meanings. These include the Amal Centre, a Montreal-based counselling service; Nisa Homes, a transitional shelter for women in southern Ontario; and the Canadian Council of Muslim Women, a research and advocacy organization working nationally for women and girls.

To produce real change, we must acknowledge and address the complicating factors that often contribute to honour-based violence, such as migration-related trauma, social alienation and the pressures of collectivist community morality. And while the vast majority of Muslim and non-Muslim organizations across this country have condemned violence in the name of honour, there is much work still to be done.

Canadians must better recognize the problem in all its different forms; communities, service providers and government must come together to provide greater support and counselling services for, and by, women in mosques; organizations must advocate vigorously to finally debunk any religious justifications for all gender-based violence; there must be more collaboration between community-based and government services.

I look forward to a day when the phrase “honour killing” is not part of anyone’s cultural lexicon, as we will have learned that there can never be anything honourable about any form of gender-based violence. There is, of course, a long road ahead – and so I call upon all people of good will to come together in eradicating honour-based violence once and for all, God willing.

Opinion
Afghanistan’s women will not be victims of peace
February 15, 2019 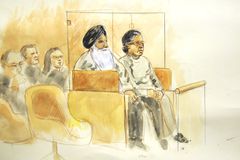 B.C. court upholds extradition of pair accused of ‘honour killing’ in India
December 12, 2018
Follow us on Twitter @globedebate Opens in a new window
Report an error
Due to technical reasons, we have temporarily removed commenting from our articles. We hope to have this fixed soon. Thank you for your patience. If you are looking to give feedback on our new site, please send it along to feedback@globeandmail.com. If you want to write a letter to the editor, please forward to letters@globeandmail.com.
Comments