When a country has just endured the most dysfunctional, corrupt and dangerously unhinged president in its history as a nation, four years' worth of deranged antics can’t help but be fused into one vague memory.

It started, you may or may not recall, with the President claiming, without evidence, that he lost the popular vote because millions of people voted illegally, and that his inauguration was the best attended in U.S. history (despite what your lying eyes might have told you). It has now reached its end with the President’s top adviser suggesting Democratic presidential nominee Joe Biden would “incentivize child smuggling” and with the President claiming the country is rounding the corner on a virus from which he couldn’t even protect himself – one that is still killing almost 1,000 Americans a day. It’s enough to forget that somewhere in there, U.S. President Donald Trump was impeached for withholding aid to Ukraine in exchange for what he hoped would be personal political favours.

Reflecting on the chaos of the past four years, there is certainly good competition for the lowest moment in the Trump presidency. There was the abrupt betrayal of Kurdish allies in northern Syria, for one; the use of gas to disperse peaceful protesters to make way for a presidential photo-op; the executive actions banning travellers based on the predominant religion in their home regions. But if there was one decision that debased the character of the nation most profoundly – and indeed, one that, even on its own, should disqualify Mr. Trump from a second term as president – it was his administration’s systematic separation of migrant children from their parents at the U.S. border. Mr. Biden, during the last presidential debate, labelled the policy “criminal,” which is probably among the more charitable descriptors for what is fundamentally a barbaric practice.

The moments we look back on in history as some of the most inhumane were often characterized by the institutional and systematic separation of parent and child. Indigenous children were ripped from their families and sent to residential schools in both Canada and the United States. Children of slaves in America were taken away from their mothers and sold off to work for other owners. Families taken to Nazi concentration camps were fractured as soon as they got off the trains, and babies born in the camps were snatched from their mothers and usually killed. If parents or children survived these traumas and eventually made their way to freedom, they would spend years searching for the family members from whom they were forcibly separated. After emancipation, for example, former slaves took out newspaper ads to find their missing spouses, siblings or children. Today, more than 150 years later, billboards and radio ads in Central America now seek to reconnect the 545 children whose parents still can’t be found after they were separated at the U.S. border.

As recently as this month, Mr. Trump defended his administration’s “zero tolerance” on immigration policy, which automatically charged asylum-seekers with a crime and thus necessitated the separation, since children cannot be kept in federal jails. Mr. Trump noted that the Obama administration “built the cages” that housed migrant children (which is true, though the facilities mostly housed unaccompanied minors who made their way to the U.S., not two-year-olds who can’t tell humanitarian workers their moms' names) and though the last administration did separate families on occasion, it was not enshrined in law as it was by Mr. Trump’s White House.

The result of the rather abruptly implemented zero-tolerance policy was a catastrophically disordered system whereby children as young as seven or eight were left to take care of toddlers warehoused in cages. Lawyers who visited the facilities during their peak of use observed a lack of proper food, adequate clothing, diapers and other sanitary items, and noted that flu and other illnesses were spreading among the children.

The Trump administration, in its own defense, cited the deterrent effect as evidence of the merit of its zero-tolerance approach. But a realpolitik that necessitates the imprisonment, neglect and traumatization of children is not something any moral agent could possibly defend. The children’s parents brought them to the U.S. to flee danger and destitution, but once there, the U.S. took them from their parents. In the eyes of any child, that amounts to torture.

Like so many of the horrors that have occurred throughout human history, this is surely something we’ll look back on, astounded that it actually occurred during our lifetimes. We’ll wonder how such abject cruelty could have ever been tolerated, excused or normalized. And we’ll ask ourselves whether it’s ever really possible to learn lessons from our past. 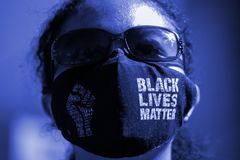 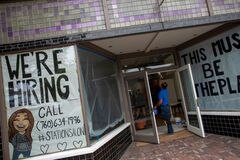 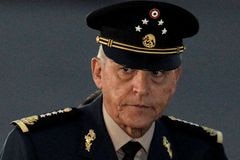