Everyone has been dumping on Jagmeet Singh from a great height for his letter to the Governor-General, recommending she refuse the Prime Minister’s request, should it come, to dissolve Parliament and call an election.

Does he not know how our system of government works, a number of commentators wondered aloud? Others accused the NDP leader of grandstanding, preying upon public ignorance to score a political point. Because convention dictates the governor-general acts solely upon the advice of her first minister. Period. End of story.

Not so fast. The Governor-General may generally be bound to act as instructed, but in exceptional circumstances, constitutional scholars agree, she retains the discretion to act independently of the prime minister’s advice. The convention is particularly well-established with regard to requests for dissolution.

If, for example, a prime minister were to demand a new election mere months after the last, the governor-general would have the right to call upon someone else to form a government, if she were persuaded someone else could.

More broadly, as the eminent political scientist Peter Russell has written, she has the right, and indeed the obligation, to reject the prime minister’s advice where necessary to “protect the parliamentary system of government.” If the PM were to give her advice that “seems seriously adverse to the functioning of parliamentary democracy,” according to Prof. Russell, “it should not be followed.”

The governor-general, in short, is bound by other conventions, too: notably, to uphold our system of government. And among the things that define that system is the rule of law – the notion that everyone is bound to act in accordance with the law, including the governments that pass them.

Hence Mr. Singh’s appeal to the Governor-General. At its core, it was rooted in the rule of law: Specifically, the law stipulating that federal elections must be held, not at a time convenient to the prime minister, but on a fixed timetable: “the third Monday of October in the fourth calendar year” after the last election.

Passed in 2007, the law has since become, in conventional wisdom, something of a joke – a bit of symbolism without real teeth. After all, didn’t the prime minister who brought it in, Stephen Harper, himself call a snap election the very next year? And wasn’t he permitted to do so by a provision of the same law, stipulating that nothing in it affects the powers of the governor-general, “including the power to dissolve Parliament at the Governor-General’s discretion”?

Well, maybe. The toothless reading of the law may be commonplace now, but that was not the understanding on which it was passed. Government ministers, from the prime minister down, were at pains to assure Parliament the law would be binding on them, and on all future governments.

The non-derogation clause was presented not as an open-ended exception that would empty the bill of all meaning, but as a bit of pro forma boilerplate to protect the bill from legal challenges – since governor-generals’ powers can only be changed by constitutional amendment.

The only occasion in which the governor-general would actually use the discretion to which the clause referred, ministers insisted, was in the event a government were defeated on a vote of no confidence. Well, there was one other potential occasion: If a prime minister were to try, notwithstanding the law, to call a snap election, it would be open to the governor-general to stop him.

How do I know all this? Because the minister responsible for the bill said so at the time. “A prime minister who called an election for no reason, after not having lost the confidence,” Rob Nicholson, government house leader and minister of democratic reform, told the Senate legal and constitutional affairs committee on Dec. 6, 2006, “would be into a very difficult constitutional situation that would require perusal by the governor-general.”

Challenged further, he clarified: “If a prime minister, after three and a half years, for no reason understandable to the public, demanded a dissolution of Parliament by the governor-general, I believe that under this legislation the governor-general would be within his or her rights to deny that.” (Emphasis mine.)

The governor-general’s discretion might not have been circumscribed by the legislation, in other words, but the PM’s was – by the governor-general’s. The vice-regal discretion the law preserved was not only to call elections, where the law allowed them, but to refuse to call them, where it did not. “It is a true restriction of the powers of the prime minister,” Mr. Nicholson commented, “and a good one.”

Whatever combination of cynicism and laziness may have habituated us to the idea that the people who pass our laws are entitled to ignore them when they prove inconvenient, it is in fact a monstrous corruption – one that eats at the very foundations of our system of government. 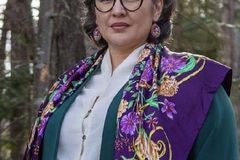 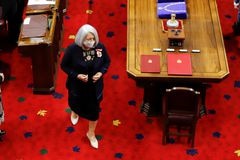 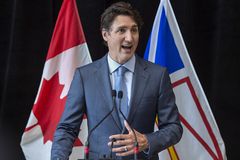