A week or two ago, when we were all much younger and more naive, there was some talk of the Conservative leadership campaign serving as the forum for a much-needed debate on the party’s future direction: a robust clash of visions through which it might escape from the increasingly confining cul-de-sac – white, male, rural and seemingly hostile to anyone outside that group – into which it had backed itself.

Eh, well, pfffft to all that. Not that Jean Charest or Rona Ambrose or even Pierre Poilievre were ever likely to inject much in the way of bold, transformative ideas, as opposed to the calculated wedges and unassailable bromides with which politics is transacted these days. Still, at least there would have been a race, and in a race people commonly sweat, and when they sweat they sometimes slip and inadvertently say something interesting.

As things stand, the election is boiling down to a choice between Peter MacKay and Erin O’Toole, or perhaps it is Peter O’Toole and Erin MacKay, cautious centrists both with not so much as an idea to rub between them. Because he is the front-runner, Mr. MacKay is running on an appeal to party “unity,” while staking out such provocative positions as “Canada is strong because Canadians make it strong.” Because he is the underdog, the affable Mr. O’Toole is suddenly posing as a “fighter” who will “take Canada back” from “cancel culture and the radical left.”

More substantively, Mr. O’Toole is warning against Mr. MacKay’s “Liberal-party lite” approach on the grounds that “that’s not how we will win.” Assume for the moment that an O’Toole government would differ perceptibly from either a MacKay government or for that matter a Liberal one. What should we make of this?

It’s a popular argument: Everybody likes to imagine their own beliefs are not just right in principle, but a winning political strategy. But it’s not self-evidently true – maybe Liberal-lite is the way to win – and, in any case, it’s beside the point. The question before the party is not just how it can win, but why it should matter who wins. The reason the party should not simply ape the Liberals is not because it might not win that way, but because it would deprive winning of any meaning.

If there is a reason for the Conservative Party to exist, it is to offer a different approach to governing than their rivals – to represent ideas, values and interests that the other parties do not. Otherwise, why not be a member of one of those parties?

To be sure, winning – power – is a way to see those ideas put into action. But it is not the only way. A party can be as influential in opposition as it is in government – perhaps even more so. The NDP has never governed federally; neither did the Reform Party. Yet each in its own way changed Canadian political history, making ideas that were once considered fringe – public health care, balanced budgets – at first respectable, then inevitable.

That does not mean a party can ignore public opinion: It can hardly induce other parties to change their positions if it is not at least a threat to them. But neither is it obliged, in pursuit of popularity, to remake itself in its opponents’ image, or abandon its core beliefs. The challenge, rather, is to mine those beliefs for workable solutions to the problems on the minds of today’s voters, then to persuade the voters of their merits – and to go on seeking to persuade them even in the face of short-term electoral defeat.

This last idea – if at first you don’t succeed, try, try again – is admittedly novel to Canadian Conservatives, who have convinced themselves that, as they can never persuade the public to adopt their beliefs, so they should not trouble themselves to have any. Hence their unique position in this country’s public life, with all the commitment to principle of the Liberals yet with much of the electoral success of the NDP.

There is still time in this campaign for Conservatives to think through not just how they might win power, but what they would do with power if they won it. It is expected that other candidates will enter the race, some of whom might seek to shake it out of its ideological torpor. The issue is not whether the party should be more or less conservative, or which flavour of conservatism – social conservative, libertarian, Red Tory or other – should prevail, but how to make itself useful: as an alternative to the Liberals, not merely a rest from them. 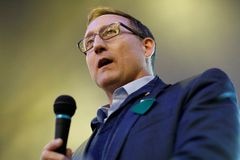 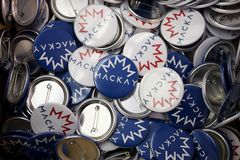 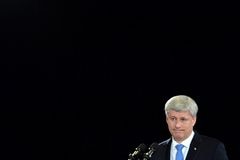