Jerry Dias is the national president of Unifor, the largest private-sector union in Canada.

People are going to work sick. They always have. The difference is that now it’s deadly.

In Alberta, major outbreaks at a meat-packing plant have seen hundreds contract COVID-19, and too many deaths. People reported going to work even as they displayed symptoms, under pressure from their employers to come in.

In Peel Region, west of Toronto, which has had 218 workplace outbreaks, a study found that of 7,874 people with COVID-19, almost 2,000 went to work with symptoms, and 80 even went to work after a positive test result.

It’s easy to shake your head. It’s easy to say you’d stay home and do the right thing, but ask yourself what you would do if you risked losing a day’s pay because your nose was runny or the coffee that morning didn’t smell as strong.

Better yet, tell me how easy it would be to give up a week or two or three weeks’ pay or more. Whatever your income, that would hurt. Too many of us live paycheque to paycheque as it is.

For those without paid sick days, that’s the kind of decision they’re forced to make when they get sick, and the pain they are forced to contemplate. Only 42 per cent of all workers in Canada have access to paid sick days. For the lowest-paid, it’s only 10 per cent.

We can shut all the restaurants we want, force every retailer to switch to curbside pickup and fine people for hugging their neighbours, but until we get serious about paid sick days, there will be no way out of this pandemic.

The fact is, the workers we have come to rely on most during this pandemic are the most vulnerable to workplace outbreaks – low-paid and often temporary employees.

These are the people in grocery stores with no option to work from home. Warehouse employees pushed to the limit as we all shop online. Delivery workers, food manufacturers, long-term care staff all have low unionization rates, declining pay and few benefits. So making the simple and obvious choice to stay home when they are sick is not so simple.

Of course, staying home when you’re sick is about more than feeling better before you go back – it’s about not getting your co-workers sick.

It’s tempting to think that vaccines mean we’ll soon all be safe to return to work, but that’s just fooling ourselves. We won’t be anywhere near full vaccination until the fall – still months away – and in the meantime, thousands more will get sick without proper workplace safety. I don’t want to think about how many will die.

With new super-spreading variants taking hold across Canada, the stakes are now even higher, and the need for paid sick days even stronger.

Paid sick days are a basic part of workplace safety. Unifor is calling for three weeks’ worth of paid sick days until the pandemic is over and one week after that.

This would obviously be good for workers, but also for business, which is why more business groups are coming around to the idea.

The Ontario Chamber of Commerce, for instance, has said that paid sick days not only protect workers, but also “safeguard the entire business.”

Public-health officials across Canada have long called for paid sick days, as has Toronto Mayor John Tory, a former leader of the Progressive Conservative Party in Ontario.

At the same time, no business wants to go first and offer paid sick days when their competitors are holding out. Only legislated paid sick days. paid for by the employer, can keep the playing field level while ensuring workers don’t spread this virus, or any other one, on the job.

We have gone far beyond politely admonishing co-workers who come in with the sniffles or a cough. How many times have you said, or been told, “You sound awful, you should go home,” only to laugh and keep working?

In a pandemic or post-pandemic world, that’s just not good enough. Not any more. 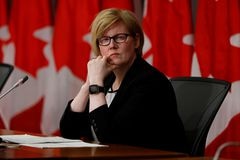 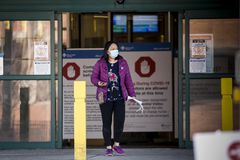 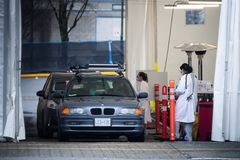