At time of writing, Canada had roughly 18,000 confirmed cases of COVID-19. On its own, this does not tell us much. Is 18,000 a lot or a little? Only by comparison with some other benchmark – with previous experience, with other countries, with hospital capacity, with the population – can we begin to make sense of it.

Even then, the numbers can be deceiving. Early in the pandemic, the relatively small numbers then reported caused people to underestimate the threat. Now that the numbers are starting to wane, the tendency is to overestimate it.

So it’s worth bearing in mind a few key points as you scan the case numbers each day.

One: It’s not where the numbers are that matters, so much as where they’re going. More significant than the total number of cases, or even the number of new cases, is the ratio between them: the rate of growth. Or more particularly, the effect of compounding that rate of growth over several intervals. A caseload that looks trivial today can be overwhelming in a few days.

Two: We are not at a point in time, but on a curve. Simply comparing how many cases each country has, or even how fast they are growing, does not tell us much, as both will depend on what stage the pandemic is at in each country. Comparisons are better made not on a given day, but at similar numbers of days after each country’s outbreak began.

Three: Forecasting models are only as good as the assumptions built into them. Simple straight-line extrapolations of current growth rates into the future can produce some truly eye-popping projections. But much can change in the interim – particularly human behaviour. Indeed, it is the point of current government policy around physical distancing to change our conduct.

Of course, should behaviour change as governments would wish, actual outcomes will be less terrifying than the models had originally forecast. This is not evidence that the policy was unnecessary: Rather, it is evidence that it worked.

And it is working. In most countries where the epidemic hit hardest and earliest, growth rates have dropped substantially. Only two weeks ago, the number of reported cases in western Europe, where the epicentre of the disease shifted after its initial outbreak in China, was growing by about 15 per cent per day. By last week it had dropped to 10 per cent; it is now at around five.

In Canada, likewise, rates have fallen over the same period, albeit from a higher level: from 25 per cent to 15 per cent to less than 8 per cent. Is that evidence that we are doing worse at combating the disease? No. Remember point two: the virus arrived here two weeks later than Europe; they’ve had more time to fall from their peak. Adjusting for our different start dates, our numbers, both in total and as a rate of growth, compare quite favourably.

I know, I know: case counts are a highly flawed measure. These are reported, not actual cases. They tell us how many people have tested positive for the disease, but given how few people have been tested (about 1 per cent of Canada’s population) and how selectively the tests have been applied (mostly those showing symptoms), the likelihood is that they underestimate the actual numbers by a wide margin.

That makes them imperfect, yes. It doesn’t make them worthless. You just have to interpret them carefully.

In any event, case numbers turn out to be a reasonable proxy for the numbers we are more interested in, such as hospitalizations, ICU occupation, and deaths. These are all growing, faster than we’d like, but slower than they were – and slower than they were projected to. In Ontario, for instance, the number of COVID-19 patients in ICUs was projected by the province’s health department, just last week, to exceed 750 by now – and that was the “best case” scenario. The actual number, as of Tuesday: 233.

We are not by any means out of the woods. Nor can we let down our guard any time soon. But if you thought things were hopeless, or the policy wasn’t working, you’re wrong. It’s working. 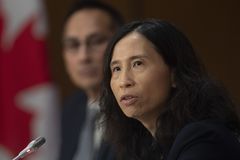 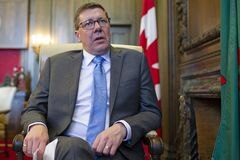 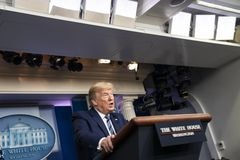