So, what’s the plan?

Are we just going to have a major global freakout every time a new bug emerges? More quarantines, more travel restrictions, more xenophobia, more panic and more economic devastation each time a new coronavirus or pandemic strain of flu comes along?

Or, at some point, are we actually going to start tackling the underlying causes of the growing number and speed of epidemics and pandemics of infectious disease?

Climate change, deforestation, rapid urbanization pushing people closer to wildlife and livestock, the exotic-animal trade, conflicts causing mass movements of refugees, poverty and inequality, vast expansion of travel by air and high-speed train – all of these factors have contributed to creating the ideal environment for pathogens to flourish.

And flourish they have. Zoonotic diseases (viruses, bacteria and parasites that jump from animals to humans) are emerging and evolving at an alarming speed in our warming, increasingly crowded world.

The new coronavirus that is dominating headlines, 2019-nCoV, is just the latest example.

Many of these deadly outbreaks are not getting the media coverage or the scientific attention proportional to their importance, in large part because they don’t threaten wealthy Western countries. Ebola, for example, has killed three times as many people in the Democratic Republic of Congo as 2019-nCoV has killed in China.

The pathogenic threats that have flared up around the world with growing frequency in recent years are all, in a sense, a trial run for the Big One, the so-called “Disease X" that scientists and public-health officials dread – one that spreads more readily and is more deadly than anything we’ve seen before.

But it doesn’t seem like we’ve gotten any better at prevention.

It’s not clear yet whether the new coronavirus can be contained and snuffed out like SARS, or whether it will gain a foothold outside China, become endemic and join the regular soup of seasonal diseases.

If 2019-nCoV does become endemic – like numerous influenza viruses and a handful of other coronaviruses – then the challenge becomes mitigation. In other words: How do we limit the spread and minimize the harm caused by those who are infected?

The obvious approach is a vaccine and antivirals that work better than the ones we have now. That will take time and won’t be a panacea because we haven’t done a great job of convincing people of the benefits of vaccinating against other respiratory illnesses such as the flu and pneumococcal infections.

Stopping respiratory viruses from spreading, it has been said, is like trying to stop the wind. Preventing fear may be even more elusive.

Our best bet is trying to prevent these new pathogens from emerging in the first place.

An obvious place to start is the live-animal markets that have been the flashpoint of both SARS and 2019-nCoV. (The former spread from bats to civet cats to people, the latter now is suspected to have travelled from bats to pangolins to people.)

When people live in close proximity to animals – whether wild ones or livestock such as pigs and chickens – the odds of zoonotic illnesses rise exponentially.

Yet, in the grand scheme of things, climate change and deforestation are playing a much larger role in the spread of infectious disease.

Tackling enormous environmental, societal and political issues like those takes time, patience and money, if not a fundamental re-think of how we live.

It’s not something public health can do alone. But it also can’t be done without a public-health approach.

After SARS, there was a huge investment in public health, especially in Canada. But after a few years, interest faded. In recent years, public-health funding has been slashed.

We’re paying the price now for our shortsightedness with a frantic response to a new coronavirus that is costing the global economy billions of dollars.

A little foresight might prevent the next pandemic threat – or, at least, the next global freakout. 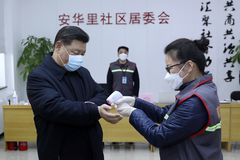 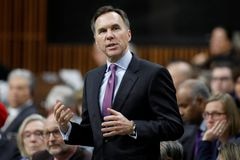