It’s already quaint, in a rather dark way, to think back to the ground-level COVID-19 mitigation measures we adopted early in the pandemic. There was caution tape around colourful playground structures, tickets handed out to people sitting on park benches and viral YouTube videos recorded by doctors about the proper procedures to sanitize your groceries.

Knowing what we know now – both about the way the virus is spread, and about the unintended effects of certain containment measures – we can look back with bemusement about how we used to treat neighbourhood swing sets like crime scenes. But that and similar measures were defensible at the time, if only because we had so little information about factors such as the extent to which surface transmission contributes to the spread of COVID-19. But since then, with the benefit of both hindsight and more data, we’ve come to recognize that the negative effects of keeping kids indoors with nothing to do far outweigh whatever risk there might be of picking up COVID-19 on the playground.

That recognition should not be specific to playgrounds, and yet some jurisdictions – even now, nearly a year into the pandemic – still struggle with the concept of measured risk; some with dire and even deadly consequences.

Last weekend, a man froze to death in a Montreal porta-potty, about a minute away from a shelter where he had been keeping warm during the day. The shelter, called the Open Door, was forced by the public-health authority to close overnight after experiencing a COVID-19 outbreak earlier in the month. Though the outbreak was over by Jan. 11, according to a spokesperson for the shelter, public health still hadn’t cleared the shelter to resume overnight operations, so staff had to force 51-year-old Raphaël André out on the street the night he died. Advocates believe the situation was exacerbated by Quebec’s 8 p.m. curfew, which makes no exemption for homeless people and may have compelled Mr. André to hide from police inside a porta-potty, rather than risk a confrontation or a fine he could not pay.

Quebec Premier François Legault was asked about exempting homeless Quebeckers from the curfew in the wake of Mr. André’s death, but Mr. Legault nixed the idea, saying that police “do not intend to give tickets to homeless people” and bizarrely suggesting that an exemption might entice people to pose as homeless so that they may defy the curfew. Quebec’s view, the public is thus left to surmise, is that the acute risk to homeless people on the streets in frigid weather is somehow less critical than the drawn-out risk of further COVID-19 spread by tricksters who might seek to freeze themselves in order to defy the province-wide curfew. (Though to be slightly more generous, Mr. Legault’s stubbornness is probably more about wanting to save face after endless flip-flops than any reasonable or calculable measure of risk.)

Quebec isn’t alone in adopting a lopsided approach to containment and enforcement. The city of Vaughan, Ont., north of Toronto, moved to close all outdoor skating rinks, toboggan hills and dog parks in the wake of the province’s stay-at-home order, despite plenty of evidence showing that outdoor activities pose far less risk of spreading COVID-19 than indoor activities, and with little regard for the psychological impact of depriving residents of the few remaining leisure activities permitted under the prolonged lockdown.

And shortly after Ontario adopted its stay-at-home order, one Simcoe, Ont., mother says she was issued an $880 ticket after she dropped her kids off with their grandparents, which is explicitly allowed under the order. Police nevertheless said they were notified that “several people were seen at the residence” and charged the mother with violating the Reopening Ontario Act.

At this point in the pandemic, we should know better than to extend curfews to homeless people, close down skating rinks and issue fines to mothers in pursuit of childcare. Evidence-based policymaking was impossible in March, 2020, when COVID-19 was still new and the initial frenzy didn’t lend itself to careful consideration of the disproportionate impact certain measures would have on vulnerable communities, or of the mental-health effects of restricting almost all recreational activities. But we’ve learned a lot since then.

One need not be an anti-lockdown fanatic to recognize that rules need to be nuanced and risk levels weighted against drawbacks and benefits so that the unintended consequences of lockdown rules aren’t worse than the illness they seek to prevent. We’re nearly a year out from wrapping playgrounds in caution tape and issuing fines to people sitting on park benches, yet with a handful of regressive measures lingering still, it’s as if our understanding of risk hasn’t progressed at all. 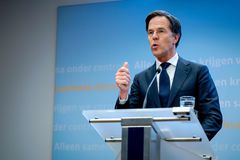