Kendra Coulter holds the Chancellor’s Chair for Research Excellence at Brock University and is a fellow of the Oxford Centre for Animal Ethics.

As the world reels from the physical, psychological, social and economic effects of COVID-19, millions of people are temporarily being distracted by Netflix’s docu-series Tiger King, a show about people who own, train, exhibit and exploit tigers. Viewers watch, jaws dropped, people and places that seem so different and shocking. But it is not actually a distraction – it is a mirror and a microscope, because the world that created the novel coronavirus and the Tiger King is one and the same.

This is a world that has failed to respect animals: in Wuhan, at a wet market where wild animals are sold to be eaten and where the novel coronavirus is thought to have originated, and in the orbit of Joe Exotic, where fame and power are glorified and the well-being of captive animals is an afterthought. The fact is that humans are not only harming animals but also endangering ourselves.

Scientific research suggests that the consumption of animals was the origin of the coronavirus pandemic, and this has been true of most recent outbreaks, including swine flu, bird flu and mad-cow disease. Zoonotic (animal to human) transmissions do not occur in a vacuum. As the United Nations Environment Programme and many researchers have argued for decades, rampant deforestation, industrial animal agriculture, climate change and the global trade in exotic species have exponentially increased health risks. In fact, in 2007, “the presence of a large reservoir of SARS-CoV-like viruses in horseshoe bats, together with the culture of eating exotic mammals in southern China" was identified as a “time bomb” in the journal of Clinical Microbiology Reviews.

The series, like the men in it, plays down both the risks of the wild animal trade and the damage captivity does to these animals’ bodies, minds and social lives. I cried at the end, for all of the victims, including the chimpanzees, who had been trapped in cages behind the action and who finally got considered. The animals and their suffering are relegated to the background, even when the camera is right on them.

The circulation, possession and exploitation of wild animals does not happen solely in some far away country, nor in the exclusive domain of Joe Exotic. CITES, the Convention on International Trade in Endangered Species, protects some animals. Yet it is not illegal to own tigers in much of Canada. Or lions. Or monkeys. Or pythons. Precise numbers are difficult to determine, but it is estimated that there are around 1.5 million privately owned exotic animals in Canada, including nearly 4,000 big cats.

Each province determines how (or whether) it will regulate the possession of exotic animals, so the specifics vary greatly. In British Columbia, the list of banned species fills 50 pages. In Ontario, it is only illegal to own two kinds of animals: orcas and pit bulls. The province’s 444 municipalities are empowered to make bylaws that prohibit or restrict exotic animal ownership and some have done so. Many have not.

We can be grateful for organizations such as the Fauna Foundation in Quebec, home to many primates, retired from medical research and entertainment, and for Story Book Farm Primate Sanctuary in Ontario, which provides respite for monkeys. These are places where people try to give rescued animals a decent life, while knowing that the physical and psychological scars of what we have done to them will never fully heal. But we also ought to consider why such a need for animal sanctuaries exists.

We require more regulations and smarter laws, undoubtedly. We also need robust enforcement and to recognize that bans are not enough on their own because newly illegal activities will move underground (dog fighting, for example). Plus, many painful practices and forms of harm are perfectly legal and deemed normal or necessary, even as factory farming is specifically highlighted as exacerbating health risks as well as climate change. To save animals and ourselves, we need to end harmful practices and create more sustainable, ethical, humane jobs and legislation.

Without question, the principle of One Health – that human, animal and environmental well-being are intimately connected – should be thoughtfully applied in both health and economic policy and practice.

This is not a drill, nor an abstract thought experiment or mindless entertainment. Humans’ desire to eat animals, to capture and control them, to seem impressive, powerful or different by being near wild species, all contribute to this dire and dangerous situation in which we are ensnared.

The solutions are political and economic, but they are also personal. Never has it been more clear that we are all connected, and that how we treat animals has significant and often fatal effects – for them, and for us. 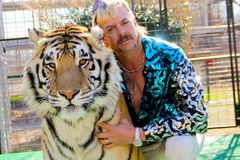 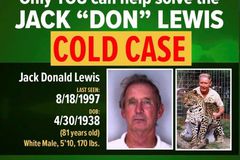