Doug Saunders
Published May 21, 2021 Updated May 21, 2021
For Subscribers
Comments
Text Size
Please log in to listen to this story. Also available in French and Mandarin. Log In Create Free Account

The 2020 Tokyo Olympics are a complete disaster – and not for the first time.

Last year, they were postponed to 2021 after Japan, terrified of a spectator-free games that still risked becoming a superspreader event in the thick of the coronavirus pandemic, persuaded the International Olympic Committee to shift the Olympiad to an odd-numbered year.

Now, less than two months before the opening ceremonies, Tokyo and other major Japanese cities are locked down tight and have forbidden travel amid a serious COVID-19 outbreak. Given Japan’s slow vaccination progress, it seems unlikely that international fans will be allowed into Japan, or more than a handful of domestic fans into stadiums. Some countries’ teams might even stay away.

Even though it’s a country that reveres its Olympic stars and has been counting on the Games for a revival of national image, 70 per cent of Japanese citizens now do not want the event to go ahead. And Prime Minister Yoshihide Suga has hinted, albeit vaguely, that he might agree to call them off if the IOC could be persuaded – even though it would mean a loss in the tens of billions of dollars during an election year.

Another postponement would throw the “2020” games into the same year as the 2022 Beijing Winter Olympics – which may themselves be on the rocks, as a growing number of countries are considering staying away to protest the Chinese government’s repression of the Uyghur minority in Xinjiang.

The extent of the Olympic wreckage extends beyond pandemics and boycotts, however.

The most recent summer Olympics to be held as scheduled, in Rio de Janeiro in 2016, was mostly a success for athletes and spectators, but was such an expensive waste for Brazil that it’s unlikely that many more countries in the Southern Hemisphere will want to make a serious bid. Of the 27 stadiums and major venues Brazil constructed, almost half now lie in ruins; Deodoro Olympic Park and the 16,000-resident Olympic Village are now being overtaken by nature because the near-bankrupt city literally couldn’t afford to keep the lights on. Despite spending billions (and, infamously, millions in bribes), Brazil saw little lasting benefit: a post-Olympic tourism slump meant that within two years, 16 Rio hotels had gone out of business.

The “Olympic curse” – in which the Games actually drive away tourism because they create a perception among viewers that the host city is expensive and exclusive – has hit most hosts this century. During the 2012 London Games, I witnessed the rare sight of my city abandoned by tourists, beyond the relatively small number who had Olympic tickets; London lost 750,000 visitors that August alone. The 2000 Sydney Games caused a three-year relative tourism loss for the state of New South Wales. The 2004 Athens Olympics produced a major tourism slump and eye-bleeding debt.

After two decades of debt and desertion, followed by the debacle of Tokyo, the IOC faces a dwindling list of countries willing to spend tens of billions on a two-week event that offers few long-term benefits and an increasingly obvious downside risk. After Paris in 2024 and Los Angeles in 2028 – the only really serious bidders on either Games – the list grows thin, as democracies cancel bids by the score amid worries that few countries – beyond dictatorships hoping to burnish their image – will ever bid again.

In the midst of the Tokyo mess, the great actor-director Takeshi Kitano expressed an increasingly popular idea: “The best thing would be to give them back to Greece,” he told an interviewer. “We should return them to the founders!”

It’s not a flaky idea – in fact, it may be the only viable, non-corrupt Olympic idea left. When the modern Olympics began in 1896, they were meant to be permanently in Greece. The only thing standing in the way has been the notorious corruption of the IOC.

In 2004, Athens built two dozen lavish marble stadiums and a rapid-transit line connecting them for more than US$18-billion, in the vain hope that it’d become the permanent home of the Games. In 2005, I wandered those sites, which had been transformed into pig farms and slum encampments and forests. But they, and the idea behind them, could easily be revived.

Instead of bankrupting themselves on unsustainable projects for a fortnight’s glory, countries could do far more for their tourism by building national pavilions. It would be vastly more ecologically sustainable. And as one analysis concluded, it would “standardize the sporting element, providing a stable setting and climate against which to benchmark athletic performances over time.”

Instead of gathering every four years to vote on a dwindling slate of lacklustre hosts, next time our governments should get together to overcome the IOC’s resistance and give the Olympics the secure home they need.

With 100 days to Paralympics, Anderson says a medal in Tokyo would be ‘extra heavy’
Subscriber content
May 14, 2021 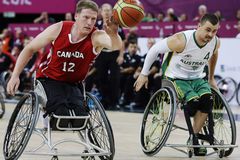 Canada Soccer president sees post-pandemic positives, on and off the field
May 19, 2021 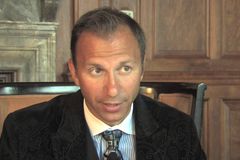 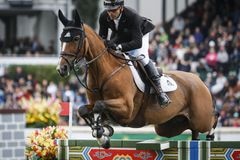