Michael Mendelson has written extensively on social and fiscal policy. He is a former deputy minister in Ontario and Manitoba and is currently a fellow of Maytree.

Along with terminating Ontario’s Basic Income experiment and reducing planned increases in social assistance rates, the Ford government has announced plans to develop a transformed approach to social assistance in the next 100 days, one that “would be focused on jobs.” A “focus on jobs” usually translates into harsher conditions for social assistance recipients, more hoops, more tests and inevitably more degradation.

This would be no innovation. For more than the last hundred years – from Victorian workhouses for the poor to today’s efforts by U.S. Republicans to make work a condition of Medicare, housing assistance and food stamps – politicians have fretted about indolent work-shirkers collecting welfare and have piled on disincentives and barriers.

Social assistance rules for people without disabilities in Ontario already demands that the recipients be actively engaged in searching for work. The expectation is that the Ford government plans on making this requirement even tougher and perhaps plans to impose similar requirements on those with disabilities.

The problem with that approach is there is no evidence that layering on greater conditions actually gets more people into work. Tougher rules may instead encourage recipients to prove they cannot work. Rather than getting applicants to think about what they can do, it’s an incentive for recipients to focus on what they can’t do.

Then, an expensive and invasive bureaucracy must expand to police increasingly complex rules. It’s a costly and stigmatizing strategy which a century of practice has not shown to be effective.

What if the Ontario Conservatives surprised everyone by breaking the mould? Do the opposite of what’s expected. Don’t add on more rules, Instead, eliminate all employment-related requirements as a condition for social assistance, so that the only requirement is the (still stringent) test of financial need.

In Ontario, welfare already allows recipients to keep about half of their earnings, so that financial incentives are in place and can remain as is. The coercive bureaucracy needed to police employment-related conditions could instead be used to implement a positive employment and training assistance program, which could effectively promote work. As an added bonus for the Ford government, such an approach would be consistent with traditional conservative values of individual responsibility. as opposed to state coercion.

If this seems too radical, here’s a more modest suggestion: set up an experiment to get some real evidence about what best promotes employment. The now cancelled Basic Income experiment already has 2,000 households enrolled as a “control group.” For these families, the province’s social assistance program could carry on however the government plans. But for Lindsay, Ont., the Basic Income saturation site, all social assistance would become unconditional and an invigorated employment and training service would be set up for the town. This would allow a new, randomized control trial to assess and quantify the effects on work activity of conditionality in the welfare system. This trial could meet all the scientific requirements for a research experiment.

The added cost would be minimal – just the cost of the research component – but the potential benefits could be significant. For recipients, it could mean an end to an intrusive, stigmatizing system and the creation of an enabling opportunity-creating system. As well, the Ontario government could show itself open to innovative social policy, willing to undertake good quality research to back up its directions. 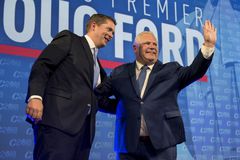 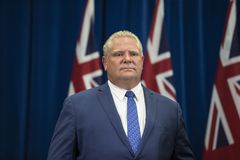