“Millions of Canadians have to choose between paying for groceries or their prescription medications,” Hassan Yussuf, president of the Canadian Labour Congress, wrote in a recent commentary.

That is one of the most frequently cited reasons for national pharmacare by proponents of a sweeping domestic plan.

First of all, that claim is questionable. It is based on polling data that show 23 per cent of those surveyed said they had experienced difficulty paying for prescriptions. Another study found that 731,000 Canadians borrowed money to pay for their prescription drugs, and some were cutting back on necessities as a result.

To say that millions are going hungry to pay for drugs is quite a leap.

Regardless, shouldn’t the priority of policy-makers be to ensure that all Canadians can afford necessities such as food and housing, not just prescription drugs?

If you’re going to make a massive investment of public funds, doesn’t it make more sense to embrace a basic income rather than “free” drugs for all?

But it’s curious how the left, and progressives more generally, have gone gaga over the idea of providing more sickness care and seemingly forgotten the importance of investing in keeping people healthy in the first place.

Affordable sickness care is important, especially if you’re sick. But the way to keep people healthier longer is to ensure that they have a decent income, a roof over their heads, healthy food, a good education, a sound physical environment and sense of belonging.

These building blocks are what academics call the socio-economic determinants of health.

For example, if a person with asthma and diabetes is living in substandard housing infested with mould and depending on a food bank for nutrition, no amount of asthma and diabetes medication is going to make them well – only having the means to afford better accommodations and better food will.

A national pharmacare program would cost somewhere between $15-billion and $30-billion, depending on which analysis you believe.

A national basic income program – which would bring everyone up to the poverty line – would cost an estimated $43-billion.

Which program would help the most Canadians? Which approach would have the most lasting impact?

There was a time, not that long ago, when Canada had a federal Department of Health and Welfare.

In fact, in 1974, Marc Lalonde, then-minister of health and welfare, produced a landmark report titled A New Perspective on the Health of Canadians, which eloquently explained that improvements in health could only be achieved much more effectively with changes in lifestyle and environment than with more medicine.

Yet the caution was not heeded. Health spending (or more precisely, sickness care spending) has increased relentlessly since then, and the welfare part of the equation seems to have been forgotten.

Denmark has embraced upstream thinking, while Canada has been systematically underspending on social programs such as income supports, affordable housing, child care and so on for three decades.

We need to get our priorities straight, and spend smarter.

None of this is meant to suggest providing affordable access to essential prescription drugs is unimportant. But there is more to do.

In Canada of late, we have had too much boosterism for a single-payer drug plan, and too little serious discussion of the pros and cons of the alternatives.

The U.S. debate about expanding Medicare parallels Canada’s debate about pharmacare. But they have articulated the options more clearly: 1) Medicare for all, a single-payer system that would virtually eliminate private insurers; 2) a public option, where insurance would be offered by the state for those who can’t afford private coverage and; 3) an individual mandate, where insurance is mandatory, and you can get it publicly or privately.

Canadian politicians and policy-makers should express clearly which of those approaches they favour for pharmacare.

And just as important, they should discuss the opportunity costs – what could be done to improve the health of Canadians if public monies went to a health program other than single-payer pharmacare, such as a basic income.

The broader question we need to answer is: Ultimately, what will provide the biggest bang for our health-care buck? 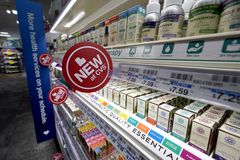 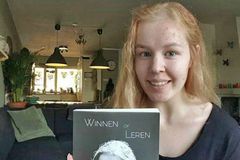 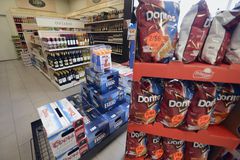