Naomi Azrieli is chair and CEO of the Azrieli Foundation.

On Jan. 27, the 74th anniversary of the liberation of Auschwitz-Birkenau, individuals throughout the world will commemorate International Holocaust Remembrance Day – reflecting on the six million Jewish people killed during the Holocaust, as well as the millions of other victims of Nazi atrocities.

But the disturbing results from a new study show that reflecting once or twice a year is simply not enough. The report, conducted by Schoen Consulting on behalf of The Azrieli Foundation in partnership with the Conference on Jewish Material Claims Against Germany, exposed critical gaps when it comes to Holocaust awareness and knowledge among Canadian adults.

When we probed beyond baseline knowledge – such as familiarity with the term “the Holocaust,” ability to identify Adolf Hitler as the leader of the Nazi Party responsible for initiating the Second World War and the Holocaust, and the awareness that Germany was a country where the Holocaust began – our findings uncovered a fundamental lack of detailed knowledge.

Among all those surveyed, more than half of Canadian adults (54 per cent) did not know that six million Jews were murdered during the Holocaust. These numbers are worse among millennials: 62 per cent were ignorant of the fact.

Ninety per cent of Poland’s Jewish population was murdered during the Holocaust; the killing centres of Auschwitz-Birkenau, Chelmno, Treblinka, Belzec and Sobibor were all located there. Yet fewer than half of Canadians surveyed (43 per cent) could identify Poland as a country in which the Holocaust occurred.

Too many Canadians are also worryingly unaware of our country’s own Holocaust legacy. Indeed, only 19 per cent of those surveyed knew that Canada employed a “none is too many” stance toward Jewish refugees fleeing the Nazis. Almost one-third of those surveyed (32 per cent) believed that Canada had an open-border policy at that time. If we want our next generation to successfully uphold a tolerant, thoughtful and democratic society, it is our duty to ensure that they know our history, even when it is problematic and seemingly unaligned with what we as a country stand for today.

The consequences of this ignorance are alarming. The number of anti-Semitic incidents has ballooned: In 2018, Canada saw a record number of incidents of harassment, vandalism and violence against its Jewish population. It suggests that, even though the two pillars of Holocaust remembrance are “Never Forget” and “Never Again,” it appears that many of us Canadians have forgotten – or perhaps, never knew. And Canada is not alone. These findings are consistent with those found in another Schoen study on Holocaust awareness and knowledge in the United States. Conducted last year on behalf of the Conference on Jewish Material Claims Against Germany, the report found that when Americans are educated about the Holocaust in a meaningful way, the percentage of people holding neo-Nazi views drops dramatically to a potentially negligible number.

What both studies show is that a broad-scale strategy to optimize Holocaust education at the high-school level can fundamentally combat the increase in neo-Nazism and anti-Semitism we are seeing.

Currently, each province sets its own school curriculum. They can include study of the Holocaust in courses such as history, social studies, modern history and Canadian law. Then it is up to each individual teacher to decide how they want to teach the Holocaust. But it’s clear this laissez-faire approach is not working.

Every province needs to ensure that the Holocaust is included in their curriculum in a comprehensive way. Critically, teachers must be supported by receiving sufficient training, strategies and resources so that they have an appropriate comfort level and knowledge in teaching this sensitive material.

In a way, the declining level of personal connection to the Holocaust isn’t surprising. The population of first-person survivors and witnesses to the atrocities is dwindling, and 69 per cent do not know or know of a Holocaust survivor. As time inexorably passes, a comprehensive and compulsory Holocaust education curriculum in each province is needed more than ever.

By meaningfully supporting Holocaust education, we can do our part in reducing ongoing anti-Semitism, eliminating neo-Nazism and increasing respect for diversity.

As Canadians come together to commemorate the liberation of Auschwitz, we cannot allow the Holocaust to be forgotten. We owe that to the men and women who survived, as well as to the millions who perished – and, crucially, to future generations.

Businessman George Brady, 90, was a Holocaust survivor who was haunted by the loss of his sister
January 15, 2019 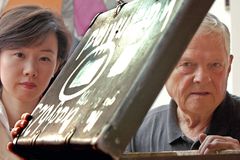 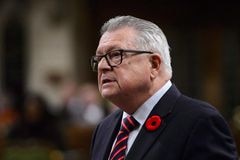 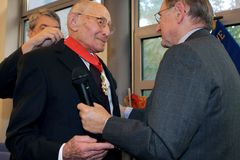