Renée Pellerin is a former CBC health journalist and the author of Conspiracy of Hope, The Truth About Breast Cancer Screening, published by Goose Lane Editions.

Every woman over 40 should be aware of new Canadian breast screening guidelines. Every family physician should be prepared to discuss those guidelines with their patients. Every provincial breast screening program should take a good, hard look at what it is telling women.

The Canadian Task Force on Preventive Health Care, an independent, federally funded body that reviews the evidence for and against routine preventive health measures, has released a long-awaited update of its 2011 breast screening guidelines. At first glance, little seems to have changed. As in 2011, the task force recommends women in their forties not be screened, and women aged 50 to 74 be screened every two to three years.

But those recommendations are conditional, meaning that the evidence is of low or very low certainty. And this time, the task force is adopting a different tone, emphasizing strongly that a woman should decide whether or not to undergo screening based on the values she places on possible benefits versus harms.

According to the task force, the benefits are moderate. Data from screening trials show that in women under 50, to save one life from breast cancer requires, on average, screening 1,724 over a seven-year period. In those aged 50 to 59, 1,333 must be screened for seven years to save one life, and in women aged 60 to 69, 1,087 must be screened. The data also show that while screening may reduce mortality from breast cancer, all-cause mortality does not change. In the screening trials, the same number of screened women died as those unscreened when all causes of death were counted.

One of the main harms of screening is false positive results, which can lead to unnecessary further tests including biopsies and the anxiety resulting from being labelled as having cancer. The task force analysis is that false positive results occur in between 20 and 30 per cent of all women screened over seven years.

The other main harm is overdiagnosis, not to be confused with a false positive. It’s when a mammogram detects real cancer, but it’s one that does not grow, one that a woman will never feel, will never cause a problem. There is no way to know which screen-detected lesion will behave this way, thus it is always involves surgery and possible additional treatment.

A Canadian screening trial estimated that up to 50 per cent of screen-detected breast cancers in women under 50 were over diagnosed. The number of cases in older women were fewer, but still high. So while screening may discover early cancers that are more easily treated, it may also discover cancers that may be treated unnecessarily.

Yet, how many women and their doctors understand that the benefits of screening are limited, while the risk of overdiagnosis resulting in over treatment is significant?

Or that the harms might even outweigh the benefits, especially in women under 50? The task force has done its best to provide an objective, reasoned and carefully researched set of guidelines meant to foster informed medical practice. Its website offers an exhaustive evidence report as well as a handy decision tool to assist women and their doctors in making an informed choice.

But until provincial breast-screening programs decide to speak the same balanced language, women will continue to get the simple message that screening saves lives. The Ontario Breast Screening Program for example, seeks to increase the number of women who accept its insistent invitations to get a mammogram. Every woman over 50 receives a letter that lets her know: “The best way to protect your health is by getting a mammogram every two years.” An accompanying brochure extols the benefits but glides over the issues of false positives and overdiagnosis, with no hint of how often these occur. Women who ignore the invitation get reminder letters.

In Ontario, family doctors receive annual bonuses of up to $2,000 or so, depending on what percentage of eligible patients get screened. The message is clear that getting women to screening clinics is part of their job.

In spite of the Canadian task force recommendation to not screen women under 50, most provincial programs accept women in their forties with physician referral, and British Columbia and Yukon permit self-referral. Nova Scotia and Prince Edward Island tell women they should begin having mammograms annually at age 40.

Only in Quebec does the breast screening program provide data quantifying both the harms and benefits of screening, on its website and in brochures.

Health is a provincial responsibility and the Canadian Task Force on Preventive Health Care can only make recommendations. It will be a disservice to women, however, if screening programs let the guidelines lay idle while they fail to provide the kind of information women need to make a properly informed choice. 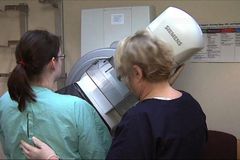