Noah Weisbord is an associate professor of law at Queen’s University and author of The Crime of Aggression: The Quest for Justice in an Age of Drones, Cyberattacks, Insurgents, and Autocrats. He served on the International Criminal Court’s working group that drafted the crime of aggression.

The current U.S. and Iranian standoff in the Persian Gulf threatens the security of the world. But war is not inevitable. It would be a choice made by political leaders, a choice Canada can help to deter.

Foreign Affairs Minister Chrystia Freeland has committed Canada to “the renewal, indeed the strengthening, of the postwar multilateral order” and “the principled use of force.” This means the use of force should accord with the rule of law, not the whims of politicians.

Yet the most egregious example of capricious war-making – or not – was obvious in late June. First, an unnamed member of the Iranian Revolutionary Guard Corps provoked the United States by shooting down a U.S. surveillance drone. Mr. Trump said U.S. forces were “cocked and loaded” to bomb Iran in retaliation, but that he called it off.

He told NBC, “I thought about it for a second and I said, you know what, they shot down an unmanned drone, plane, whatever you want to call it, and here we are sitting with a 150 dead people that would have taken place probably within a half an hour after I said go ahead. And I didn’t like it.” Mr. Trump failed to mention the carnage that Iranian Supreme Leader Ali Khamenei and President Hassan Rouhani, along with Hezbollah, Hamas and other proxies, would unleash on U.S. forces, allies and perceived enemies worldwide had he bombed Iran.

Continuing threats and counterthreats, accompanied by military buildups, have created momentum for war. Given the possibility Canada could be ensnared, what can we do to deter belligerent foreign leaders?

In December, 2017, the crime of aggression was activated to deal with the problem of leaders intent on illegal war. Under the crime, individual leaders can be prosecuted if they perpetrate acts of aggression including invasion, bombardment, blockade and armed attacks on another state’s forces. The crime is based on the United Nations Charter and accepted international law, both binding on all states. It empowers domestic and international courts to make principled, not political, determinations on whether a war is legal or illegal.

It’s time for Canada to make good on our commitments to strengthen the postwar multilateral order by backing the investigation and prosecution of leaders who perpetrate illegal war.

Right now, Canada could add the crime of aggression to our Criminal Code and advise other countries on how to add it to theirs. We could support aggression investigations by specialized groups such as the Commission for International Justice and Accountability. Canada could convince UN Security Council members that referring an aggression case to the ICC would buttress international security. We can share intelligence and arrest perpetrators when they enter our territory.

Canada has been a leader in international justice. We chaired the 1998 Rome Conference that established the International Criminal Court, and we facilitated the 2010 definition of the crime of aggression, which takes its place alongside genocide, crimes against humanity and war crimes as pillars of international criminal law. Later, inexplicably, while NAFTA was being renegotiated, our diplomats attempted to obstruct and limit the crime of aggression. This position may have appeased the Trump administration, but undercutting the prohibition on aggressive war appears counterproductive to Canada securing a seat on the Security Council, an influential position we aspire to regain.

Individual criminal accountability will not end war, but it has the potential to shape politics so that aggressive war is no longer an easy option. The crime of aggression embodies a beleaguered hope that the rule of law can help create a more stable, peaceful world. Canada should do all it can to buttress the legal constraints on war, critical now given the escalation in the Gulf. 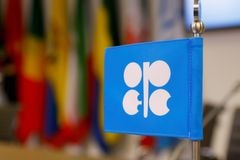 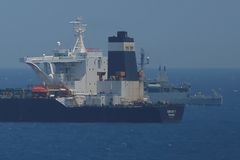