When most people visit Vancouver they likely plan a trip to Stanley Park or Grouse Mountain. But a small number of elusive and dangerous visitors skip the usual tour and get straight to business – for them, the city has been a place to wheel suitcases of cash into a casino.

Organized crime groups from Asia are known for trafficking synthetic drugs and other illicit commodities into Canada, but they do much more. They have professionalized and established sophisticated structures like multinational-corporations, and they have increased their market share of global illicit trade – and they have become increasingly powerful as they have done so. There is a growing body of research showing they effectively use the transport and business systems established for trans-Pacific trade, and they have annual revenues running into the billions.

Canada has proven to be a particularly attractive place for organized crime from Asia to launder money. This has not gone unnoticed, and the federal government has actively started co-ordinating a response.

To understand why Asian organized crime has targeted Canadian casinos, we need to look at Asia itself. A few years ago, criminal networks in the area moved a lot of their money through Macau. The special administrative region emerged as a global gambling destination in the early 2000s, and by 2013, revenues were six times that of Las Vegas. In 2014, following increasingly frequent and public reports that the city’s casinos and VIP junket-operators were being used for large-scale money laundering, Macau’s administration stepped in.

The Macau crackdown on organized crime led to a displacement of money laundering operations, including across the Pacific to Canada. But while the Canadian public has recently become aware of the situation in B.C., and some have noticed the Macau connection, the impact has been most profound in Southeast Asia where a huge number of casinos have opened since 2014.

The ability of organized crime to exploit casinos in the region is now so substantial, in some cases these groups have stopped trying to hide what they are doing. For example, after the U.S. Treasury declared the Kings Romans Casino in Laos a front for organized crime early last year, and announced sanctions against its owners, the casino not only continued operating but started expanding; the announcement seems to have emboldened the operators.

Cambodia, Laos and Myanmar have questionable controls in place to govern the casino industry. Licenses are easily obtained and rarely revoked, and there is little to no on-site supervision, customer due diligence or record keeping. These are places where government institutions and authorities have been known to be compromised, and yet they now host well over 200 casinos – more than double 2014.

Not only do casinos in these countries operate without oversight, they have often been set-up in border areas and special economic and investment zones overrun by organized crime and traffickers. Worryingly, the nearby financial services hubs of Hong Kong and Singapore are gateways into the global financial system for these same countries; casinos are now in essence a doorway into national and international banking systems, and the door appears to be wide open.

What this means for the rule of law is difficult to understate. Not only do the revenues of organized crime exceed the GDP of some of these countries where casinos are sprouting up, but there are growing concerns they are basically ceding the control of sovereign territory to criminal organizations. And while these places may seem far away, the situation affects Canada. Trade with Asia is at record levels, and the back and forth movement of people, goods and money continues to increase year-on-year.

Opinion: The high price of Chinese money laundering in Canada

Opinion: Canada’s money-laundering problem may be much worse than imagined

Canada can take practical steps to address the situation. Intensified efforts at home, including measures to address money laundering and oversight of casinos, will certainly help to some extent.

But at the same time, strengthening engagement with and within Asia is important, including by being candid with the leadership of countries where organized crime are accumulating much of their wealth and power. Canada can work closely with the UN and international partners to highlight and address related problems, and with powerful Asian governments that share similar concerns.

Canada can help establish and support regional strategies that push back on organized crime and money laundering by strengthening operational and intelligence capacities in key locations.

Transnational organized crime does not stop doing business at borders, and to be effective, Canada needs to follow suit. 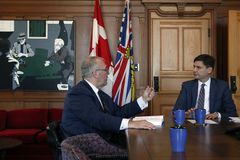 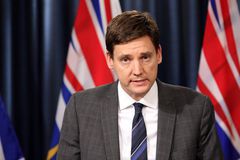