Some decades ago, I used to read books and listen to lectures about the liberation of women through Islam. According to these sources, Muslim women were free from sexual exploitation rampant in the West. More importantly, Islam guaranteed her the right to vote, conduct a business, obtain an education and open her own bank account. This happened well before Western nations accorded these same rights to their own women, we were reminded. The message was clear: A Muslim woman was a person in her own right, responsible for her own actions and accorded the same basic social rights as her male counterpart.

Of course, these sources never mentioned the obvious: Those very rights were absent in Saudi Arabia, the supposed heartland of Islam, where last week, women were granted permission to drive for the first time in 30 years. The driving ban had been overturned by Saudi Crown Prince Muhammad Bin Salman – as part of his efforts to modernize the kingdom.

The euphoria of the first women who were granted licences was splashed across the world. “The Saudi revolution begins,” gushed The Economist, replete with a cover illustration of a woman in a niqab whose eyes and arched eyebrows were in the shape of a car. The momentous occasion was also marked by a ribbon-cutting ceremony at the first-ever holding cell for women who break traffic laws.

Yet, beneath the gilded PR lie a few ugly truths.

According to Amnesty International, eight activists who campaigned tirelessly against the driving ban have been jailed for almost a month. These include Loujain al-Hathloul (who studied at University of British Columbia), Eman al-Nafjan and Aziza al-Yousef, accused by Saudi authorities of forming a “cell” and threatening national security for their “contact with foreign entities with the aim of undermining the country’s stability and social fabric.” If found guilty, they may face up to 20 years in prison. Only Canada and Norway have expressed concern over these arrests.

Some surmise this crackdown is to make it clear to Saudi society that social norms will not be changed by activism, but rather, by the decree of one man. If activists are seen to be successful, this may plant the seeds for larger unrest.

While abolishment of the driving ban should be celebrated, we must not forget the real target should be the male guardianship system, whereby a woman must obtain permission by her male guardian (husband, father, son, uncle, etc) for basic life decisions. No matter her age or marital or professional status, she remains a legal dependent throughout her life.

For example, she must obtain her guardian’s consent to register in school or to study at a university/college within Saudi Arabia that is away from home. She must get his permission to leave the country to study abroad.

A woman cannot open a bank account, nor apply for a credit card, without her guardian’s permission. Employers often require a guardian’s consent for her employment. Until last year, a woman could not open a business in her own name.

A Saudi court will only recognize a marriage with a guardian’s approval. When a woman marries, her husband becomes her guardian (taking over from her father). If she is widowed, guardianship is transferred to her son or back to her father or uncle (if her father is deceased).

Travel documents (such as a passport) can only be obtained with the consent of the guardian. In a break from tradition, Saudi women do not need such approval when applying for a driver’s license.

A woman is fortunate if she has a co-operative guardian who will allow her to pursue her dreams. The reality, however, is that many are at the mercy of an authority figure who is not so agreeable.

Human Rights Watch provides a series of vignettes that point to the absurdity and dangers of such a system. A young woman is released from juvenile detention, only to be returned by her father, who refuses to accept her for bringing shame to the family. Does it make sense to require a male guardian’s permission to be released from jail? In another, a woman escapes to a shelter with her infant, only to be released into the custody of her male guardian – her abusive husband. In a third, a surgeon is invited to a prestigious medical conference in London. She asks her teenage son for permission to travel, only to be refused.

While the male guardianship system can only be abolished from within, Muslims elsewhere must make their voices heard that such an archaic, authoritarian system has no place in our faith. 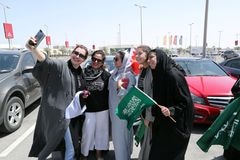 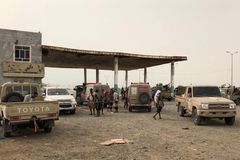