A month in, with the entire population under house arrest, the economy in ruins, the health care system under siege, and the number of dead still mounting, the feeling is universal: We must never let this happen again.

How to prevent it, though? There, consensus breaks down. Two schools of thought have emerged. For the first, the problem is our exposure, as an open economy, to events outside our borders, from global pandemics to the resulting disruptions in international supply chains and shortages and bottlenecks at home. We overextended ourselves, in other words, and are now paying the price. To which the answer is to “shock-proof” the economy against such dislocations: less openness to trade, more reliance on local production; less market, more state.

For the second, the problem is not our exposure to these events, but rather our lack of preparedness for them. Had we better early-warning systems, or listened to the ones we had; had we maintained proper stockpiles of medical and other critical supplies; had we adequate testing and tracing capacity, and deployed it from the start; had we acted sooner, moved faster, locked things down tighter, our experience of the pandemic might have been more like Taiwan’s or South Korea’s, with fewer casualties, less economic destruction and the promise of a speedier recovery.

For the first, the lesson of the crisis is “be less open”; for the second, it is “be better prepared.” But there are consequences that flow from each. The first entails the sacrifice of a certain amount of efficiency – with less competition from foreign producers or economies of scale and scope from globalized production – in the name of greater security. The second recognizes that efficiency is crucial to our security.

Maybe the way to ensure we have enough masks and ventilators in the next pandemic is to maintain, by whatever combination of subsidy and protection is required, a permanent domestic mask-and-ventilator manufacturing capacity, ready to step up production when called upon, perhaps not for decades. Or maybe we should just buy a bunch in advance, from whoever gives us the best price, supplementing it from time to time as required.

We may still want to build in some systemic redundancy, for example in the number of intensive care beds in our hospitals, where we were running dangerously close to capacity even before the pandemic. Seems obvious. But the reason we didn’t do so before isn’t because no one thought of it or no one cared, but because we didn’t have the money – because health care costs were already eating provincial budgets alive.

That’s partly because of our system’s notorious inefficiency. We look after people reasonably well, by international standards, but at exorbitant cost – and partly owing to the costs of looking after the growing numbers of the elderly, a challenge that is only going to become more acute over time. As it was, some of the provinces were headed toward bankruptcy in the decades to come. But the costs of the current crisis – less from the pandemic itself than the measures to combat it – are sure to accelerate that process.

All of which is to say that efficiency is going to become more of a national obsession, not less. The short-term fixes we have been putting in place to get us through the crisis – chalking up all our debts to the federal government, which passes them on to the Bank of Canada, which pulls the money out of thin air – are not sustainable in the long run.

With the public debt, as a proportion of the GDP, set to explode, everything will depend upon our ability to reduce the numerator and expand the denominator. That will mean wringing every ounce out of every scarce dollar, everywhere we can – in health care, in government in general and across the economy. An enormous national effort to cut costs and raise productivity. Again, that was already an imperative, thanks to population aging. But it will become more urgent now, given the additional costs of paying for the last pandemic, and preparing for the next.

If the case for efficiency remains undimmed, so does the case for globalization. Not only our prosperity, now our very safety depends upon maximizing national productivity. “Shock-proofing” the economy isn’t going to do it. Open trade – buying in the cheapest market, selling in the dearest – is.

Your money or your life? Coronavirus-era economics makes us ask grim questions about how to value each other
April 13, 2020 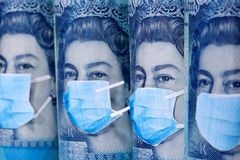